Jon Impemba takes a look at the MLB match-ups and picks a few spots where you may want to stack hitters in Today's DFS contests. 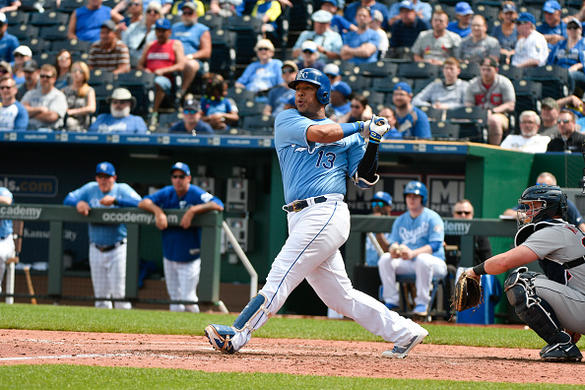 Coors is always going to be the chalk play.  We have the Brewers sending Jhoulys Chacin to the mound while the Rockies are sending German Marquez to the hill.  Marquez is 0-2 with a 10.64 ERA in three starts this season in Coors, having allowed 13 runs on 16 hits over 11 innings.  On the road this season Chacin has allowed 14 runs on 26 hits while walking 12 and striking out 10 over 22 innings which is good for a 5.73 ERA and a 1.73 WHIP.  With those types of numbers between the two starters it seems unlikely this game falls under the projected run total of 11.5 that Vegas has bestowed upon this contest. The usual suspects from each teams are in play here but especially the left-handed bats of the Rockies in Charlie Blackmon , David Dahl , Carlos González and possibly Gerardo Parra if he is in the lineup as Chacin is allowing lefties to hit .333 with an OPS of .968 this season.  On the flip side, Christian Yelich , Ryan Braun , Lorenzo Cain , Travis Shaw and Jonathan Villar should be the popular choices for the Brewers.

As I said on the MLB DFS Podcast which you can listen to here, I am shocked that Chris Tillman has not been DFAd by the Orioles yet.  He is 1-5 with a 9.24 ERA and a 2.05 WHIP through six starts this season.  He has allowed 26 runs on 38 hits over 25.1 innings while walking 14 and striking out just 13 batters.  In his last start he lasted just one inning after giving up seven runs on seven hits to the Angels. He will now toe the rubber against a Royals club that knocked out O’s starter Dylan Bundy without him recording an out on Tuesday and Bundy is supposed to be Baltimore’s best SP, so things do not look good for Tillman here. The Royals top hitters Mike Moustakas and Salvador Pérez are a combined 12-for-32 (.375) with two home runs and eight RBI in their career vs Tillman.  Alex Gordon is 3-for-15 with two home runs and even Alcides Escobar is 8-for-23 (.348) against Tillman. Whit Merrifield , Lucas Duda and Jorge Soler are also all in play today though their BvP numbers aren’t spectacular. The Royals also have the second-highest implied team run total today so Vegas too thinks they will hammer Tillman and that tired O’s bullpen today. 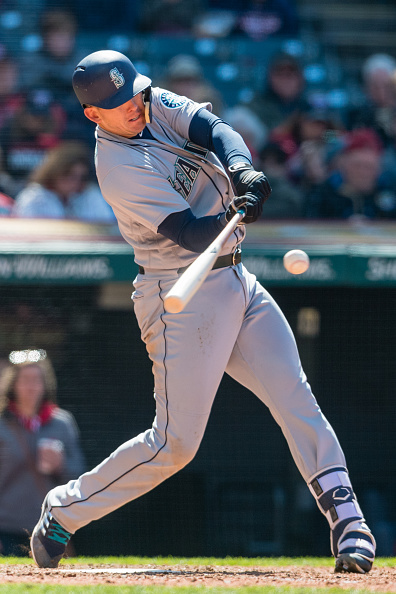 So Happ is the top priced pitcher of the main slate so stacking against him will likely be on the contrarian side. Happ has been solid this season, going 4-2 with a 3.67 ERA.  More impressive however is his career best 11.45 K/9, 3.02 xFIP and 2.95 SIERA which indicate his stuff is the real deal right now. Howver, even with all that goodness coming from Happ on the mound I do think he is in a spot to get knocked around tonight as Seattle boasts some bats that handle southpaws pretty well.  Let’s start with Ryon Healy who is on fire since coming off the disabled list, hitting .319 with 10 runs, five home runs, 11 RBI and an OPS of 1.014. He also rakes southpaws, hitting .314 with an OPS of .877 since entering the league. He has also faced Happ four times, going 2-for-4 with two home runs and five RBI. He has a very reasonable price tag tonight on all sites.  Next up is Nelson Cruz , who is 10-for-22 (.455) with an OPS of 1.116 in his career vs Happ. Though he has never taken Happ deep he does have three extra base hits off him. Cruz has a .964 OPS vs southpaws this season and over the last three years he is hitting .298 with an OPS of 1.000 vs lefties. Mitch Haniger is possibly the Mariners hottest hitter to begin the season as he is batting .295 with 10 home runs and 28 RBI.  Against lefties he is hitting .351 with an OPS of 1.078 this year. Jean Segura is just 1-for-7 lifetime vs Happ but last season hit .317 with an .819 OPS against lefties and this year he is hitting .333 with an OPS of .801 in 42 at bats against southpaws. Finally, I give you my value play of the day in Guillermo Heredia who is 2-for-6 against Happ and has a career .288 average and .759 OPS against southpaws.

S. Doolittle - RP
WSH
Sean Doolittle said Sunday that "I think I'm planning on playing" this season.
He added, however, that "if at any point I feel unsafe ... then I'll opt out." Doolittle also noted that he had his intake testing on Friday and is still awaiting the results. The reliever is just one of what's surely many players wrestling with the decision of whether or not to play.
Added 12:11 pm (EST)
Added 12:11 pm (EST)