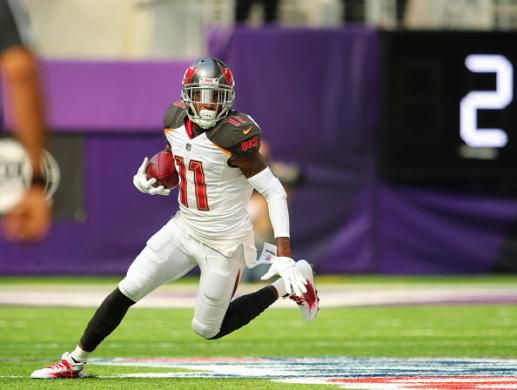 Derrick Henry, TEN- Not that this is a major surprise but with DeMarco Murray nursing an injury the lead back role should fall on the shoulders of Derrick Henry who has shown spurts of RB1 ability this season but has also struggled to fully take the job from Murray who has been injured for most of the year.

Matt Forte, NYJ- Back and forth we go between lead backs in New York with Forte having himself quite the day in Week 9.  The Jets would be better served feeding Forte who has shown that there is still life in his legs this season when given consistent oppurtunity in the Jets offense.

Kenyan Drake, MIA-  In Week 9 the Dolphins gave both Drake and Damien Williams a shot as the team's lead back and though Williams found then end zone as part of the team's passing attack it was Drake who ran better on the ground between the two.  Drake also added six cathces for 35 yards to go along with his 69 yards rushing which should give him the...