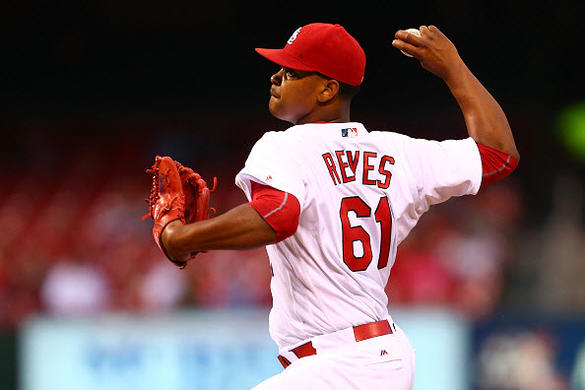 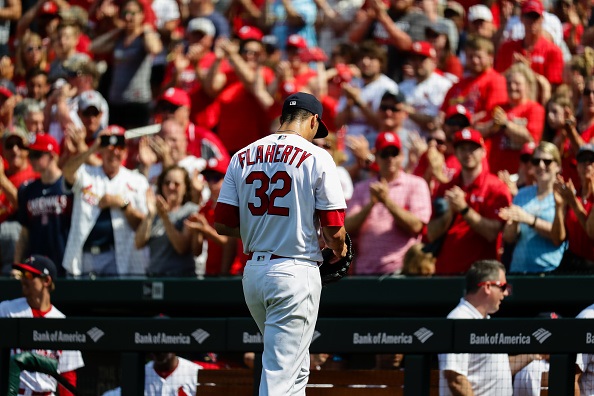 Álex Reyes , STL SP (69% ownership), FAAB Bid - $18 - Adding Reyes in re-draft leagues is a game changing move. Reyes has a huge arm and consistently hits 100 on the radar gun. He has massive strikeout stuff as well as he’s posted a 27.5-percent K-rate throughout each stop of his professional career. Just this season, he’s made four minor league starts and had a K-rate of 40-percent or better in each outing. Reyes is making his season debut with the Cardinals as we speak. He’s thrown 3.2 scoreless innings thus far. Reyes has SP2 potential if he lives up to the hype.

Jack Flaherty , STL SP (63% ownership), FAAB Bid - $16 - I’d rather have Reyes out of the two Cardinals rookies, but you can’t really go wrong with either. Flaherty is has been consistent as heck this year, especially over his last three starts. Over those three games, he’s thrown 19.1 innings, won two decisions, struck out 20 and yielded only three earned runs. Flaherty sports a 2.15 ERA and has K’d 31 batters in 29.1 innings. The Cardinals rotation is rolling right now and Flaherty should be scooped up in all formats if he’s available.

Evan Gattis , HOU C (74% ownership), FAAB Bid - $12-14 - With the catcher position in absolute shambles right now, Gattis is heating up at the perfect time. A lot of Welington Castillo owners are looking for a replacement and here he is. Gattis is on fire over the past two weeks, hitting .333 with four home runs while driving in 12 runs. It’s only a matter of time before he cracks the top 10 for catchers in fantasy and creeps his way into the top five, especially if he continues hitting the way he currently is. 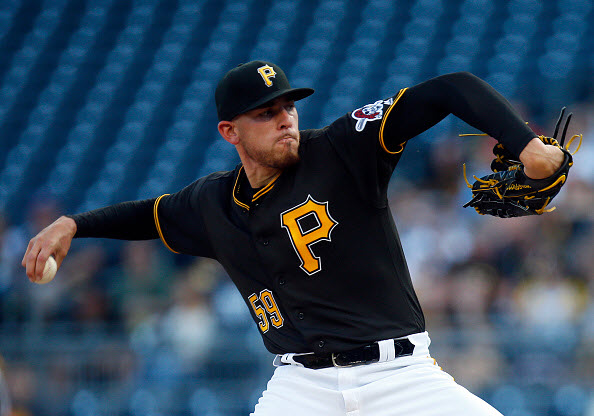 Joe Musgrove , PIT SP, (46% ownership), FAAB Bid - $12-13 - Musgrave’s debut couldn’t have gone any smoother throwing seven scoreless innings and doing it in just 67 pitches. He also struck out seven giving himself a 9.0 K/9 mark. Musgrove has always been more of a groundballer than anything, but he elevated his ground ball game to a 55.6-percent mark in his first time out this season. Musgrove is close to a must own in all formats, including 10-team leagues. He shouldn’t be on a pitch count for much longer.

Carlos Rodon , CWS SP (9% ownership), FAAB Bid - $8-10 - We almost have the return of Carlos Rodon upon us. Rodon is going to make his third rehab start this week which should put him really close to his expected return in early June. Since his original call up back in 2015, we’ve seen the type of strikeout stuff Rodon has. He’s notched a 22.9-percent K-rate or better in all three seasons he’s pitched in the Major League’s. His problem is the amount of people he walks. He’s posted over four walks per nine innings twice in three seasons! That’s not what an ace does, as many people around baseball think Rodon has ace-like stuff, but he just can’t stay healthy. Well if he stays healthy this time around he’ll have every opportunity to be the team’s ace.

Ryan Tepera , TOR RP (9% ownership), FAAB Bid - $7-10 - We’re still unsure as to who will be getting the saves in the ninth for the Blue Jays, but my guess would be Ryan Tepera . Roberto Osuna is likely going to get a lengthy suspension following his court date in the middle of June and we will probably not be seeing him for a while. Tepera has converted two saves in the last five days so all signs point to him being the guy. If not Tepera, it’ll be Seunghwan Oh. Both are viable pickups in 12-team leagues. 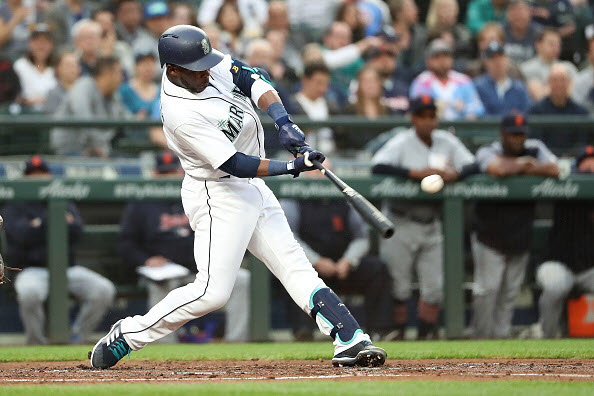 Guillermo Heredia , SEA OF (1% ownership), FAAB Bid - $3-4 - With Dee Gordon taking over at 2B for the suspended Robinson Canó , a spot in the outfield opened up for Heredia and he’s making the most of his opportunity. Over the last 10 games, Heredia has hit .323 with an .884 OPS and is actually sitting pretty at .302 for the year. He’s not going to provide us with a lot of anything, but he’ll put together a few runs here, a few extra-base hits there and sprinkle in a couple of stolen bases as well. He’ll be a nice fourth OF in big 15-team leagues.

Johan Camargo , ATL 2B, SS, 3B (2% ownership), FAAB Bid - $3-4 - With Joey Bats long gone, Camargo has taken over as the Braves every third baseman and has responded rather well. Over the last 10 games, he’s slashed .296/.486/.519. For a young player he shows EXCELLENT patience at the plate as he’s walked (21) more times than he’s struck out (17) this year. Camargo’s already seen success at the big league level just last year, so recent play of his can be expected.

Max Muncy , LAD 1B, 3B, OF (4% ownership), FAAB Bid - $2-4 - Everyone said Muncy was going to lose time once the Dodgers got healthy, but they’re healthy and Muncy is playing just as much. Not only has he been playing, but he’s producing as well. He’s hit six homers in 90 at-bats and leads the team in RBI during May. Over his last eight starts, Muncy has hit first or second in seven of those games. The Dodgers are also looking for production at 2B, so he’s getting a chance to show them what he’s got there, which means another position he could become eligible at. If he wins that job, he could become valuable in 12-team formats.

E. Lauer - SP
MIL
Eric Lauer (illness) will join the Brewers' summer camp Friday.
Lauer has been away while battling a non-COVID-19 related illness, but it appears he's over it. The left-hander also dealt with a shoulder issue during spring training, but it would appear he's recovered from it, as well.
Added 10:04 am (EST)
Added 10:04 am (EST)

C. Knebel - RP
MIL
Corey Knebel (elbow) is expected to be part of the Brewers' Opening Day roster.
Pitching coach Chris Hook earlier this week wouldn't commit to Knebel being ready, but manager Craig Counsell said Friday that he expects the former closer to be ready to go. Knebel is 15 months removed from Tommy John surgery and shouldn't be under any restrictions.
Added 9:58 am (EST)
Added 9:58 am (EST)

A. Santander - LF
BAL
Anthony Santander and Dwight Smith Jr. have not yet participated in the Orioles' summer camp.
The team has not provided an explanation for their absences. Manager Brandon Hyde indicated earlier this week that it was possible for a player not yet in camp to still have time to get ready for Opening Day, but obviously Santander and Smith Jr. are running out of time. Santander had a mini-breakout last season with 20 homers in 93 and is in line to start in left field and bat in the middle of the lineup, if he's ready.
Added 9:07 am (EST)
Added 9:07 am (EST)