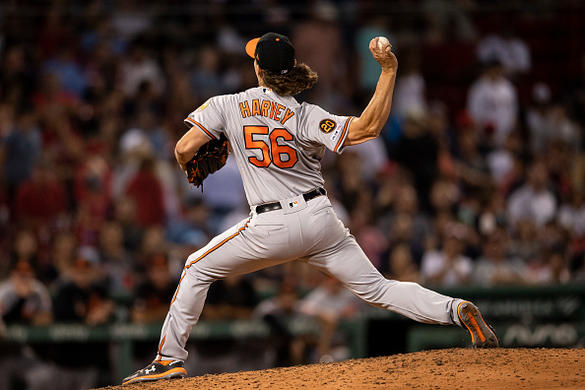 Over the past several weeks we’ve been focusing on identifying players who can offer you late round value and out produce their current Average Draft Position (ADP). Other than the few truly elite fantasy baseball closers, with the volatility surrounding the role, finding saves can be a daunting task. Many times the closer you selected in your draft will lose his job by season’s end due to ineffectiveness, trade, or injury. The following are several pitchers who you can probably select with the final pick of your draft, who have the opportunity to record saves this season. The ADPs quoted in this article will be those calculated based on data from the National Fantasy Baseball Championship (NFBC) leagues as of March 20th, 2020.

The identical twin of Twins closer Taylor Rogers , Tyler Rogers doesn’t possess the typical blazing fastball you’d expect from a closer. Instead he throws an 82 mph sinker and 73 mph slider. In a small sample size from last season opposing hitters had just a .059 BAA his slider. Overall, Rogers posted a 1.02 ERA, struck out 16 batters and walked just three batters in 17.2 IP in 2019. Last season’s success carried over to this spring. He struck out seven and walked none in 4.1 IP in Cactus League action. Tony Watson didn’t throw a pitch in spring training due to left shoulder tightness. If that injury is a sign of a more serious problem, the Giants may be scrambling to find a closer or may end up using a committee approach to close out their games this season with Rogers being part of that mix of pitchers.

The Royals won just 59 games last season but their pitching staff, led by Ian Kennedy , saved 37 of those games. There are saves to be had on bad teams. While most expect Kennedy will be the Royals’ closer again this season, he’s in the last year of his contract and could be moved as the new trade deadline date approaches. Royals’ manager Mike Matheny also hinted that he may not use one traditional closer and may lean on analytics to determine optimal situational use for his late inning relievers. Barlow’s best two pitches are his slider (.234 BAA) and curve (.170 BAA). His career 11.29 K/9 is definitely closer like, however Barlow’s 4.22 BB/9 is definitely not. On the bright side, Barlow finished last season with a 2.12 ERA in his final 31 games last season. Additionally, he allowed just one walk in 5.1 IP this spring.

Craig Kimbrel , the expected Cubs’ closer, is coming off of a horrible 2019 campaign that was delayed as he waited…and waited for a team to offer him a contract. Knee and elbow injuries added to his misery last season. Kimbrel had a terrible spring (five hits, two home runs in 2.2 IP) and is looked upon by many as one of the closers most likely to lose their jobs by season’s end. Wick has been widely regarded as the Cubs’ closer in waiting this preseason, but also struggled this spring having given up nine earned runs, 11 hits, in 4.2 IP for a 17.36 ERA. While it’s a small sample size, he surrendered two home runs this spring, while not allowing any last season. Some suggest that his preseason struggles could be the result of his experimentation with a new slider/cutter type pitch. He’s likely to be next in line for saves for the Cubs however, let’s not forget about…

Shoulder and hip injuries coupled with the loss of velocity derailed his 2019 season, but he’s a name to keep in your back pocket. If last season’s 5.02 ERA were the result of his health issues perhaps he’s capable of a bounce back season. He saved 15 games for the Brewers in 2018 and has a respectable 3.16 career ERA.

While Jose Leclerc is expected to open the season as the Rangers closer, his control issues (5.6 career BB/9) make him a good candidate to potentially lose that gig before the 2020 season is over. In his first full season back after Tommy John Surgery, Montero raised the average velocity on his fastball to 96 mph (it had been 94.3 pre-surgery), and held opposing hitters to a .217 BAA. He showed good control last season (1.55 BB/9) and is likely to take over the closer’s role once Leclerc implodes.

With Mychal Givens tied for the AL lead in blown saves (eight) last season, his days as the Orioles’ closer are likely numbered. Orioles’ manager Brandon Hyde talked up Hunter Harvey earlier this preseason. Hyde suggested that Harvey has the type of makeup that could make him a successful closer. He also pointed to the fact that Harvey’s presence in the Orioles’ bullpen late last season helped prop up the team’s entire relief staff. According to Hyde he’s got “closers stuff”.

It would have to take something pretty catastrophic for Kenley Jansen to lose his job as the Dodgers’ closer, but in reviewing his 2019 stats there’s no doubt that he should no longer be considered elite. He blew eight saves (second most in the NL), his strikeout rate and velocity declined, and he was particularly susceptible to the juiced ball. He had a tremendous spring but the Dodgers were concerned enough with Jansen’s 2019 drop off to add Treinen to their bullpen. Treinen was one of the best relievers in the game in 2018 and got off to a good start last season, but eventually lost his closers job and had his season cut short due to a back injury. He showed up to camp fully healthy and could be next in line for saves in Dodgertown. 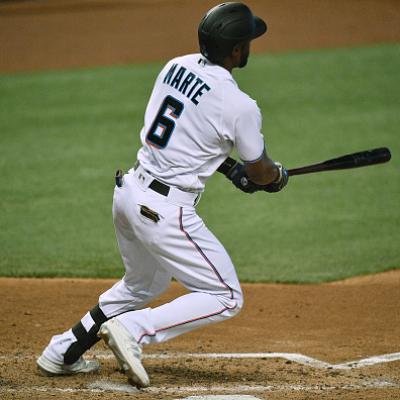 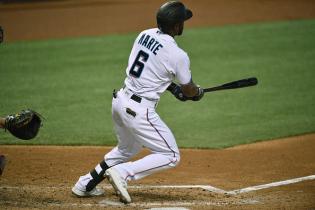 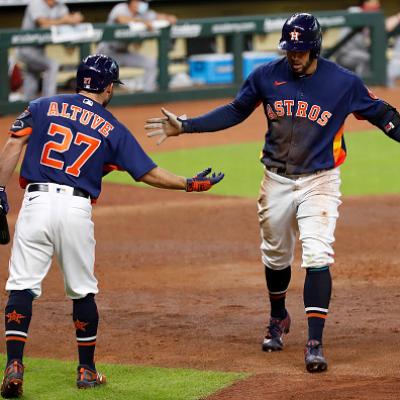 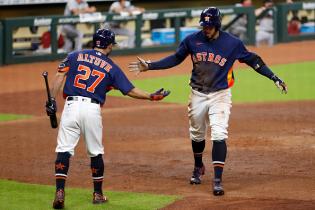 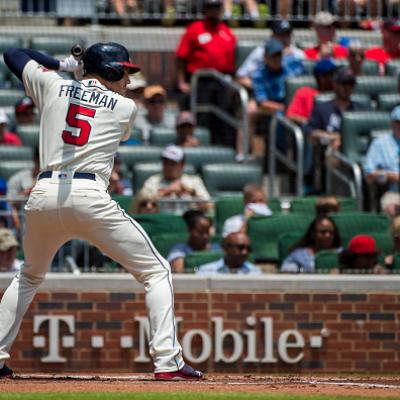 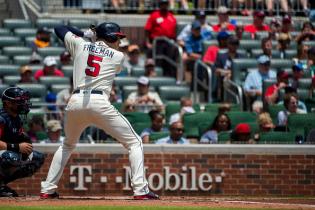 MLB Andrelton Simmons opts out for rest of season

MLB Realmuto (hip) in lineup at DH for second game

J. Turner - 3B
LA1
Justin Turner was scratched from the Dodgers' starting lineup Tuesday against the Athletics.
There's no word yet on the reason for the change. Edwin Rios will fill in at third base and bat ninth.
Added 7:47 pm (EST)
Added 7:47 pm (EST)

P. DeJong - SS
STL1
Paul DeJong is not in the Cardinals' starting lineup Tuesday versus the Royals.
The eye test would tell you that DeJong is battling fatigue, and he's gone 2-for-26 (.077) with 10 strikeouts over his last eight games. Tommy Edman will play shortstop and bat second on Tuesday.
Added 6:44 pm (EST)
Added 6:44 pm (EST)

A. Simmons - SS
LAA
Andrelton Simmons has opted out of the remainder of the 2020 season due to COVID-19 concerns.
There are only five games left on the Angels' regular-season schedule, and they are likely to be officially eliminated from postseason contention on Tuesday night. "This year has presented unique challenges for many and the Angels respect Andrelton's decision," reads a statement from the club released Tuesday. The 31-year-old impending free agent shortstop finished with a .297/.346/.356 batting line, zero home runs, 10 RBI, two stolen bases, and 19 runs scored over 30 games (127 plate appearances) this summer.
Added 6:25 pm (EST)
Added 6:25 pm (EST)

K. Whitley - RP
STL
Cardinals activated RHP Kodi Whitley from the COVID-19 injured list.
Whitley will return to the Cardinals' bullpen on Tuesday night in Kansas City after missing a large chunk of time due to COVID-19 and a subsequent elbow injury. Junior Fernandez has been optioned.
Added 6:16 pm (EST)
Added 6:16 pm (EST)