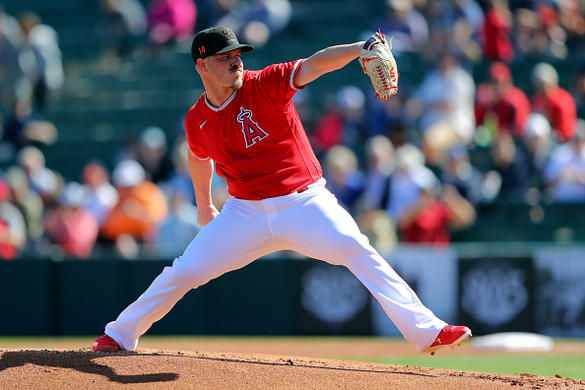 In previous columns we’ve identified hitters and pitchers who are usually available in the later rounds of fantasy baseball drafts and could potentially out produce their Average Draft Position (ADPs). We selected those players based on expected 2020 production. As the preseason continues to progress, we now have the benefit of being able to use spring training statistics as a resource and make them a component of our player evaluation process.

How much should we rely on a player’s spring stats when deciding on whether to consider rostering him on our fantasy teams? Could positive spring training stats be used to help predict that an under achieving former top prospect is ready to fulfill his expected potential? In some cases we might. For instance, if a pitcher has tweaked his delivery, or a batter has adjusted his swing during the offseason, then the fact that we might see a nice uptick in their spring statistics.

Let’s pinpoint a few players typically selected in the later rounds of a fantasy baseball draft who’ve enjoyed some early success this spring, and who might be able to out-perform their ADP this season. These are players whose gaudy spring numbers are a potential indicator that they may be on their way to having a big regular season.

For the purpose of this article, Spring Training stats reflect those featured on MLB.com, and the ADPs quoted will be those calculated based on data from the National Fantasy Baseball Championship (NFBC) leagues as of March 5th, 2020.

Bundy had been considered one of the Orioles’ top prospects, as they chose him fourth overall in the 2011 MLB June Amateur Draft, however he has yet to fully realize his potential. While we might be tempted to blame his poor performances as an Oriole on the fact that he pitched his home games in hitter friendly Camden Yards, the fact remains that his career home ERA (4.49) was much better than his career road ERA (4.91). All is not lost. He has good stuff including a devastating slider (.152 BAA in 2019), and a dominating curveball (.204 BAA in 2019), and he’s struck out 9.3 batters per nine innings over the past two seasons. His career numbers at Angels Stadium of Anaheim aren’t pretty (7.64 ERA in 17.2 IP), but maybe a fresh start under new manager Joe Maddon and his coaching staff might do him well. Bundy’s new coaching staff is trying to get him to use his pitches differently including adding some elevation to his four-seam fastball.  So far this spring he’s struck out 11 batters while walking just one, and he hasn’t given up a run in 7.1 IP. Give him 30 starts and he could possibly notch close to 200 strikeouts this season. Not bad for a guy who based on his ADP, will likely be drafted in the 19th round of a 12 team fantasy baseball league.

Myers posted a .293/.354/.478 triple-slash and won the AL Rookie Of The Year award back in 2013, but he’s failed to live up to expectations since then. Myers has compiled a sub-par .246 BA since the 2014 season, and was the subject of trade rumors this offseason. Injuries have limited him at times, and his 2019 34.3 % K rate was the highest of his career. On the positive side, he’s been a fairly consistent moderate power and speed producer. For his career, he’s averaged 16 HRs and 13 SBs per season. However, based on his 162 game average, fantasy owners could expect Myers to hit 24 HRs and steal 19 bases. He’s gotten off to a good start this spring, batting .421 and smacking three home runs through seven games. He won’t likely hit for a high average this season, but he does have good base-line talent. He also did compile a .298/.387/.523 career minor league triple-slash. If he continues to struggle this season there are plenty of bats who could take his place in the Padres lineup. However, if he improves his contact rate and pushes his batting average over the .250 mark, Myers has the potential to provide 20/20 production in exchange for a 20 plus round draft day investment.

With Luis Severino lost for the season while he recuperates from Tommy John surgery and James Paxton possibly out until June as he recovers from back surgery, the Yankees need Happ to provide them with quality innings. Happ has had his ups and downs since being traded to the Yankees in 2018, but he finished the 2019 season on a high note. He pitched to a 1.65 ERA, holding opposing batters to a .188 BA, and striking out 28 batters in 27.1 innings during the month of September in 2019. While his ERA will likely hover around the four range this season, and he probably won’t strike out much more than eight batters per nine innings, the one thing Happ provides is consistency. It’s almost a given that he’ll be ready to take the ball every fifth day. He’s made at least 25 starts for six consecutive seasons. He also has the luxury of having the support of a very potent Yankees offense (as long as Aaron Judge and Giancarlo Stanton are in the Yankee opening day lineup). Happ has given up one run, struck out 11 batters, and walked just one in nine innings pitched so far this spring. We can’t expect that type of production out of him for the entire season. However, if he can make 30 starts pitching for a good team like the Yankees, he could back into 12 to 15 wins.

Sheffield is another former first round pick, taken 31st overall in the 2014 MLB June Amateur Draft, who has yet to make his mark in the Major Leagues. He’s another pitcher who has very good stuff and the ability to miss bats. However, he spent part of last season getting knocked around in Triple-A, and another part mowing down Double-A bats. He’s only pitched five innings this spring, but he’s struck out seven batters and he hasn’t walked anyone as of yet. Sheffield has also worked on perfecting his changeup this spring. When it’s working, it induces opposing batters to hit ground balls. Wins may be tough to come by for Sheffield, however, as he finds himself pitching for a bad team like the Mariners. On the other hand, Marco Gonzales did win 16 games for these same Mariners last season. He has strikeout per inning potential and could have some moderate fantasy value in deeper fantasy leagues this season.

Dubon is already a versatile ball player, having played the shortstop, second base, and third base positions in his career. However, the Giants are hoping that Dubon could also learn to play in the outfield as well. Fantasy players have to love Dubon’s potential multi-position eligibility, as well as his ability at the plate. Dubon is a contact hitter who has a lifetime .300/.348/.426 minor league triple-slash. He’s got some pop and some speed, and he’s enjoyed some moderate success (.274/.306/.434) in his 106 career Major League at-bats. He’s hitting .412 this spring (7 for 17) and has clocked two home runs. If Dubon can snag 500 plus regular season at-bats this season he can potentially hit upwards of 20 home runs and steal 10 to 15 bases.

Ponce de Leon is fighting for one of the two open spots in the Cardinals rotation. He’s worked on developing better command of his pitches, and while giving up three walks in eight innings pitched isn’t optimal, he has struck out 10 batters and given up just one run this spring. Some believe that Ponce de Leon has the kind of stuff that could make him an effective relief pitcher, with the potential to move into the closer’s role.

Brinson is your classic post-hype sleeper, and was a former first round pick in the 2012 June Amateur Draft. He has underlying five tool talent, but it hasn’t translated to the Major Leagues as of yet. His career 29.8 % strikeout rate has contributed to his posting a pathetic .183 BA in 655 big league ABs. We’re only talking about 14 spring at-bats, but Brinson has yet to strikeout. With his quick start so far (.429 BA) can we hold out a glimmer of hope that maybe somehow, some way, Brinson’s finally figured it out? The Marlins had talked about converting newly acquired second baseman Jonathan Villar into a centerfielder, but if that doesn’t work out and Brinson keeps on hitting, he could end up being an intriguing outfield sleeper this season.