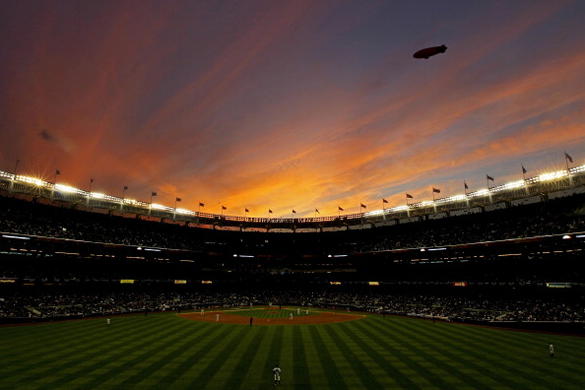 FA Sports Talk -- a new video series updating all things sports brought to you by the Fantasy Alarm team which begins Monday, April 13 at 3pm ET

Meet the #FAmily -- Join host Howard Bender as he gets inside the heads & personal lives of Adam Adonis, Jen Piacenti and all your favorites from Fantasy Alarm team. An open Q&A session allows you to ask your #FAmily member anything you want to know. 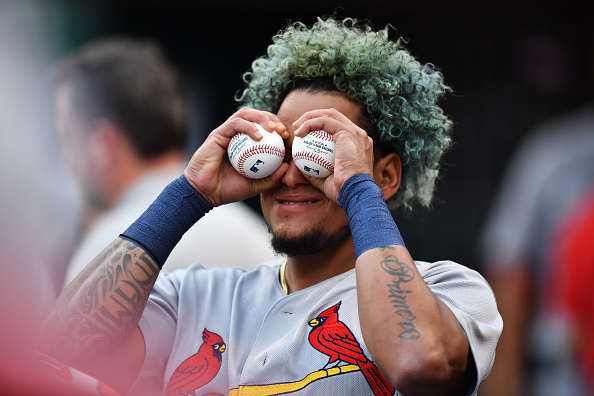 ADP Trends & Industry Draft Analysis: With Tout Wars auctions having taken place, check out what adjustments the experts like Howard Bender, Adam Ronis, Glenn Colton and Ryan Hallam made given the changes to the drafts.

Mock Draft Army: Just because the MLB season is being delayed doesn't mean you should stop honing your skills. Andy Spiteri keeps the Mock Draft Army marching on with more drafts this week!

2020 NFL Rookie QB Preview – an in-depth look at the top quarterbacks who will be entering the NFL this season.

FREE Fantasy Football Positional Previews – An early look at each of the skill positions used for fantasy football as well as a preview for IDP leagues.

NFL Futures – With free agency underway and the NFL Draft still happening in late-April, Jon Impemba takes a look at odds to win division, conferences and, of course, the Super Bowl.

Full 2020 NFL Draft Coverage from the Fantasy Alarm team -- stay tuned for announcements leading up to the draft on Thursday, April 23

State of the NBA Season -- Justin Fensterman takes a look at what could be if/when the NBA season returns in 2020.

WNBA 2020 Mock Draft -- Steve Pimental gives us a look at what the first round of the upcoming WNBA draft could look like.

MLB Braves 'would love to' re-sign OF Marcell Ozuna

MLB Gonsolin to start Game 2 of World Series vs. Rays

MLB Kiermaier (wrist) in Rays' lineup for Game 1 of WS

M. Ozuna - RF
ATL1
Braves president Alex Anthopoulos told reporters that the team "would love to" re-sign Marcell Ozuna.
“Marcell was amazing for us. He was awesome. I’d love to have him back," Anthopoulos said in his season-wrapping Zoom call with the media. "We’re going to have to work hard to get as many answers as we can from a revenue standpoint, a [designated hitter] standpoint, all of those things. But there’s no doubt he was tremendous for us. He fit in great, and we’d love to have him be a part of what we’re doing going forward.” Ozuna accepted a one-year, $18 million contract from Atlanta last winter and went on to bat .338/.431/.636 with 18 home runs and 56 RBI over 60 regular-season games. The 29-year-old outfielder should score one of the richest deals on the open market this winter given those numbers, and the fact that he's not tied to a qualifying offer. Granted, it's tough to predict much of anything in this current climate of uncertainty and unease.
Added 11:45 am (EST)
Added 11:45 am (EST)

Z. Wheeler - SP
PHI1
Zack Wheeler underwent a right middle fingernail resection procedure on October 12, the Phillies announced Wednesday.
Wheeler ripped the middle fingernail on his right (throwing) hand while putting on some pants back in mid-September, and this was essentially just a cleanup procedure to ensure a full recovery and that there will be no lingering issues. He is fully expected to be ready for the start of spring training in February. The 30-year-old right-hander registered a strong 2.92 ERA, 1.169 WHIP, and 53/16 K/BB ratio over 71 innings (11 starts) during the condensed 2020 regular season. It was the first year of a five-year, $118 million deal with Philadelphia.
Added 11:06 am (EST)
Added 11:06 am (EST)

Y. Molina - C
STL1
Yadier Molina's agent Melvin Roman told Jon Heyman of the Big Time Baseball Podcast that his client wants a two-year contract this winter.
Derrick Goold, beat writer for the St. Louis Post-Dispatch, reported something similar on Tuesday. Molina is probably hoping that two-year deal will be with the Cardinals, but at this moment he is scheduled to become a free agent five days after the conclusion of the 2020 World Series. The future Hall of Fame catcher just played out the final year of a three-year, $60 million contract extension that he signed with St. Louis back in March 2017. He's spent his entire pro career with the organization, including 17 major league seasons.
Added 9:03 am (EST)
Added 9:03 am (EST)

T. Gonsolin - SP
LA1
Tony Gonsolin will start for the Dodgers in Game 2 of the World Series on Wednesday versus the Rays.
Dodgers manager Dave Roberts made that announcement after Tuesday night's 8-3 Game 1 win. Gonsolin struggled as a spot starter for Clayton Kershaw in Game 2 of the NLCS against the Braves and also got roughed up in relief in NLCS Game 7, so he figures to face a possible quick hook on Wednesday. Julio Urias and Dustin May will apparently be available to piggyback. Walker Buehler is on tap for World Series Game 3.
Added 12:22 am (EST)
Added 12:22 am (EST)

M. Muncy - 1B
LA1
Max Muncy finished 2-for-4 with a walk, two RBI, and two runs scored in the Dodgers' World Series Game 1 defeat of the Rays on Tuesday.
Muncy took a grounder to the face during pregame warmups, but he brushed it off and drew his 16th walk of the 2020 postseason in the bottom of the fourth inning just before teammate Cody Bellinger yanked a two-run homer to open the night's scoring. Muncy then tallied an RBI on a fielder's choice in the bottom of the fifth inning and drove a run-scoring double to the fence in right-center field in the bottom of the sixth.
Added 12:08 am (EST)
Added 12:08 am (EST)

K. Kiermaier - CF
TB
Kevin Kiermaier hit a solo homer in the Rays' World Series Game 1 loss to the Dodgers on Tuesday.
Kiermaier's fifth-inning shot to right off a hanging Clayton Kershaw slider gave the Rays their first run of the night and snapped a stretch of 13 consecutive outs by Tampa Bay hitters. It was the center fielder's first hit since he took a pitch off his left wrist in Game 3 of the ALCS against the Astros. Kiermaier also added an RBI single in the top of the eighth inning Tuesday at Globe Life Field, though the Rays ultimately fell 8-3.
Added 12:02 am (EST)
Added 12:02 am (EST)

C. Bellinger - CF
LA1
Cody Bellinger homered Tuesday as the Dodgers beat the Rays in Game 1 of the World Series.
It was a one-out two-run homer to center field in the bottom of the fourth inning, off a first-pitch 98.2 mph down-and-in fastball from Rays starter Tyler Glasnow. That is the fastest pitch that Bellinger has turned around for a home run in his four-year major league career, and he celebrated by foot-tapping his teammates rather than going with the hybrid jump-high-five move that caused him to temporarily dislocate his shoulder in Game 7 of the NLCS against the Braves. Bellinger is the second player ever to hit a go-ahead homer in Game 7 of an LCS and another go-ahead homer in Game 1 of a World Series. The other: David Ortiz in 2004.
Added Yesterday 11:52 pm (EST)
Added Yesterday 11:52 pm (EST)

T. Glasnow - SP
TB1
Tyler Glasnow was charged with six earned runs over 4 1/3 innings as the Rays lost Game 1 of the World Series on Tuesday versus the Dodgers.
Glasnow tallied five strikeouts over three scoreless frames to begin the outing, but he served up a two-run homer to Cody Bellinger in the bottom of the fourth and then the wheels fell off completely in the bottom of the fifth. The lanky right-hander wound up throwing a career-high 112 pitches while issuing six total walks and surrendering three hits. 54 of those 112 pitches were balls -- the most balls by any pitcher in any game this year, regular season or postseason. Glasnow is the first pitcher with six-plus walks in a World Series game since Edwin Jackson walked seven as a member of the Cardinals in Game 4 of the 2011 World Series.
Added Yesterday 11:50 pm (EST)
Added Yesterday 11:50 pm (EST)