Howard Bender pores over the data and match-ups to bring you his favorite plays for Week 15 NFL DFS main slate contests. 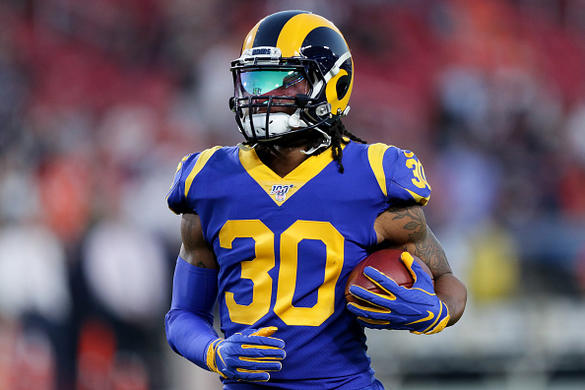 Welcome to the DFS Playbook for NFL Week 15!

Amazing how fast this season has flown by, right? Just three DFS weeks left of the regular season and then it's onto the playoffs and shorter slates. The good thing about the end of the year is we have teams with something to play for taking on teams who have given up. Incentives are a good thing, so do yourself a solid and check in with each team and see what their status is. It's not always about playing for a playoff spot. It's also about coaches fighting to keep their jobs, such as Freddie Kitchens in Cleveland. The Browns' season has been a colossal disappointment if you go back and look at all the lofty expectations everyone had for this club back in August. Remember that? Baker Mayfield was the fifth QB off the board in most drafts? Nick Chubb grew into a late first-round pick while Odell Beckham was supposed to turn out a season similar to his rookie campaign? Where did all that go? Kitchens has been on the proverbial hot seat since Week 3 and if the team doesn't finish strong, he's on his way out the door. Realistically, he should be tossed anyway, but no owner really likes having to go out and look for new coaching personnel unless they absolutely have to.

So let's keep an eye on who has something to play for and who doesn't. That should help steer us in the right direction, not just here in the Playbook, but once we start putting our lineups together as well. That being said, there's no reason to wwaste any time with a fancy intro. Let's just get to who we're looking to use this week.