The most important MLB player profiles you need to study for the 2019 Fantasy Baseball Season, brought to you by Greg Jewett and Colby Conway. 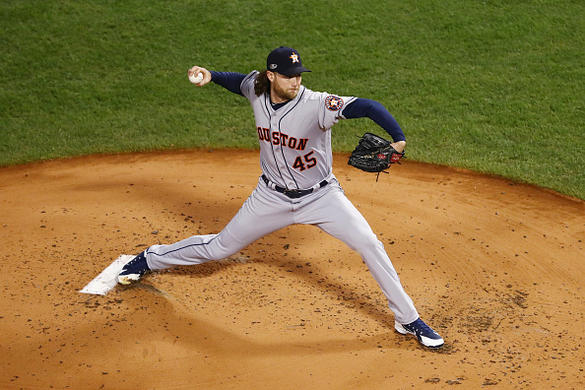 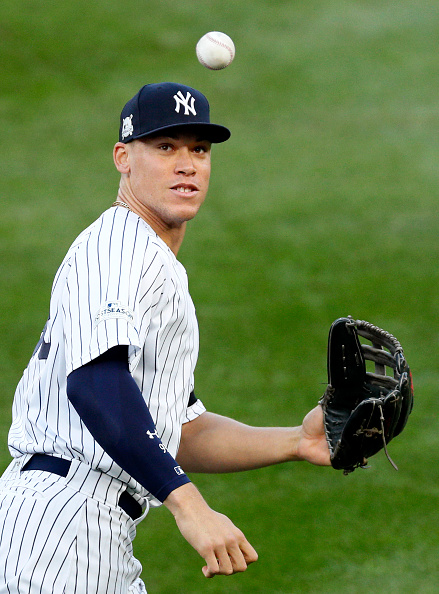 In your more traditional fantasy baseball magazines, you get a section that offers player capsules on anywhere from 500 to 1,500 major league ballplayers. Each capsule offers a short write-up of what the player did last season, something about his skill-set, potential role with the team and maybe even some projections for the upcoming season. Sounds great, right? Sort of.

We’ve already established that this is not your traditional fantasy baseball guide. It’s better. Why? Well, let’s just take Manny Machado, for example. Scan through any 2019 fantasy magazine and Machado is listed as a free agent. You get a brief synopsis of what he did last year, an assessment of the 26-year old’s skill set and his projections for 2019. The first two sound fine, but how are those projections correct? They may have been a nice attempt when the capsule was first written, but where he ultimately signs certainly alters that projection. We’re talking about a new team, a new lineup, a new division and a new ballpark for starters. Those are some serious changes. Traditional magazines can’t keep up. We can.

As of December 30, 2018, there are still well over 120 free agents yet to sign as well as a number of trades which are still in the works according to recent reports. The player movement we’re going to witness between now and Opening Day is going to be abundant.

In addition to that, we also don’t feel the need to waste your time with player capsules you’re never going to need. It’s nice to advertise that you’re writing up 1,000 MLB players for your magazine, but how many fantasy baseball owners need to know or even care about what Nestor Cortes or Luis Sardinas are going to do this season? These are not players who are going to win you a championship. They are filler, some of whom will never see a spot on anyone’s roster, no matter how deep the league may be. We’d rather focus on players with actual fantasy relevance.

But we know you like your player capsules. We know you want to be able to look up certain players and see what we expect them to do in the upcoming season and that’s where this Player Profile series comes in. We may not be writing up 1,000 major leaguers, but you can bet we’ll break down the ones you need to know. Whether it’s a rookie set to make his debut in 2019 or a player who finds himself on his fourth team in five years, we’ll be diving deep into the analysis to offer you the most insightful opinions to take you into your draft as well as to reference throughout the regular season. Yeah, that’s right. It doesn’t end on Draft Day. The Fantasy Alarm Living Draft Guide will be a fantastic in-season tool as well.

The players you see below is our initial list of Player Profiles you can expect to see over the next two months. Some are marquee names while others are more of the role-player variety. We’ll break down their history, their skill-sets, their current situations and, of course, what we believe you can expect from them in the 2019 season. The profiles will be much more in-depth than what you’ll see in a traditional magazine. Why? Well, because you deserve more, but also, because we’re not limited by print space.

And because we believe you deserve more, this is also going to be an interactive list. That’s right. If there’s a specific player you don’t see listed but would like to learn more about, we’ll happily take your suggestion and add him to our list. Just email your desired Player Profile to howard@fantasyalarm.com and we’ll try to meet as many requests as possible.

B. Keller - SP
KC
Brad Keller shut out the Reds for six innings to earn a victory Wednesday.
The Royals bullpen went on to allow four runs after Keller departed, but the team held on to win 5-4. Keller has pitched 11 scoreless innings since coming off the COVID-19 injured list. Unless the Royals change things up some, he'll miss upcoming four-game series against the Twins that starts Friday and again face the Reds next Tuesday. He's still a rather risky play in mixed leagues.
Added 11:20 pm (EST)
Added 11:20 pm (EST)

T. Rosenthal - RP
KC1
Even though he walked the bases loaded, Trevor Rosenthal escaped with his fourth save Wednesday against the Reds.
Thanks to the decision to remove Joey Votto for a pinch-runner earlier in the contest, it was Christian Colon who ended up batting for the Reds down a run with the bases loaded and one out in the ninth. He grounded into a game-ending double play. Before that, Rosenthal walked Josh VanMeter, Shogo Akiyama and Nick Castellanos. His previous out came on a failed sac bunt from Tucker Barnhart. That Rosenthal threw just 10 of 25 pitches for strikes tonight seems like a bad sign. Still, since he hadn't walked a single batter in eight previous innings this season, we'll give him the benefit of the doubt for now.
Added 11:16 pm (EST)
Added 11:16 pm (EST)

W. Miley - SP
CIN
Wade Miley lasted just 1 2/3 innings and gave up one run Wednesday against the Royals in his return from the IL.
Miley didn't figure to pitch deep into tonight's game, but the Reds were hoping for more than five outs. He walked two, and just 22 of his 44 pitches were strikes. Miley will probably remain in the rotation for now, but Tyler Mahle quite likely would prove to be an upgrade.
Added 11:14 pm (EST)
Added 11:14 pm (EST)

S. Perez - C
KC1
Salvador Perez went 3-for-5 with a homer, a double and three RBI against the Reds on Wednesday.
Perez grounded out in the ninth while needing a triple to complete the cycle. Perez is off to a nice start after missing all of 2019 and also spending time on the COVID-19 list during summer camp; he's batting .329 with four homers in 82 plate appearances.
Added 11:10 pm (EST)
Added 11:10 pm (EST)

A. Slater - RF
SF
Austin Slater was unavailable to play Wednesday due to sore right elbow.
Slater first felt the soreness during Tuesday's game and he was scratched Wednesday after he was unable to get loose. He'll be re-evaluated when the Giants return home this weekend. Slater has been a bright spot in the early going with a 1.076 OPS, three home runs and five stolen bases.
Added 11:09 pm (EST)
Added 11:09 pm (EST)

T. Barnhart - C
CIN
Tucker Barnhart went 0-for-4 on Wednesday, leaving him 4-for-28 this season.
Barnhart is splitting time with Curt Casali, who is 5-for-32. The Reds deserve a lot of credit for opening the wallets and spending big last winter, but it sure did seem like Yasmani Grandal would have been a significantly bigger upgrade for them than either Mike Moustakas or Nicholas Castellanos.
Added 11:07 pm (EST)
Added 11:07 pm (EST)

F. Galvis - SS
CIN
Freddy Galvis went 2-for-4 with a two-run homer Wednesday in a losing cause against the Royals.
The homer off Ian Kennedy was Galvis's third of the year. He hit 23 last year, but given his limitations in the other categories, he's not really much of a mixed-league option.
Added 11:05 pm (EST)
Added 11:05 pm (EST)

R. Acuña Jr. - RF
ATL1
Ronald Acuna has been ruled out through the weekend after being diagnosed with inflammation in his left wrist.
He's already missed two games, so he'll have missed at least five contests. The good news is it doesn't appear he's dealing with any structural damage. The Braves are hopeful that Acuna will be fine after a few days of rest before returning to the lineup early next week.
Added 11:02 pm (EST)
Added 11:02 pm (EST)