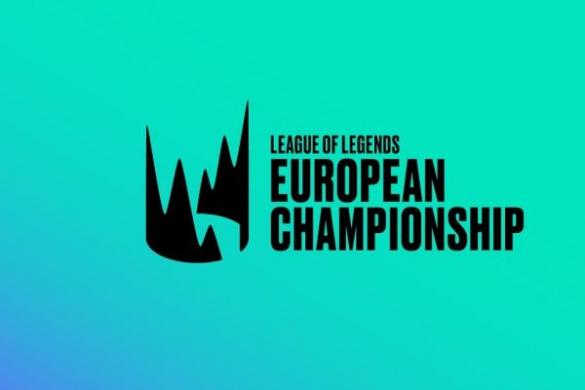 What a Summer Split this has been for the LEC. In Friday’s matches we had two upsets and the Schalke 04 dream alive. Stock in teams like Origen, Fnatic, and SK Gaming are in a free fall with their performance while the once dead Schalke 04 and G2 Esports seemed to have risen from the dead like that Undertaker GIF you see everywhere online. With every team having two games left, we have a whole lotta game left. So, buckle up and let’s make some picks.

Tier 1: Caps (G2 Esports/$12,000): If you want to pick up anyone from the top 2 teams today you run a risk because they face each other. Instead I would suggest instead looking to pick up your captain slot from what looks like a revitalized G2 roster. Caps is the third highest performing player in terms of FPPG (27.8) and his unshakable play has lead G2 into their current third place standing. Love the pick up, especially into a broken Misfits team.

Value Pick: ZaZee (SK Gaming/$9,000): Big value here for ZaZee. SK Gaming is floating in the 4th/5th place spot right now and ZaZee has a 4.6 KDA through Friday's matches. He is into Nukeduck who has categorically been non-existent this split and I don’t see Origen getting better. With Origen’s loss on Friday, they statistically have a 1% chance of getting into the playoffs, so I don’t see Nukeduck playing too inspired in this matchup.

Tier 1: Wunder (G2 Esports/$7,200): To be clear, I think this is quite a bit of money to put into a top laner. On paper, Wunder should have himself a day into Misfit’s Dan Dan. Dan Dan is statistically similar to Wunder, but I think the ceiling is just not as high for Dan Dan as it is for Wunder. This should be a one-sided affair so by default, Wunder should pick up good points here.

Value Pick: Kryze (Excel Esports/$5,200): This is a cheaper version of Wunder. I think Excel Esports is trending in the right direction and statistically Kryze and Bwipo are right next to each other. Kryze has a 2.2 KDA and Bwipo has a 1.8 KDA. I foresee Kryze being put onto a tank top and being stuck on engage and protect Patrik duty… but hey, assists gets you points though!

Tier 1: Gulius (Schalke 04/$7,000): Fastest lock in I have ever had in daily fantasy play. You can make all of the jokes you want for how hot and cold Gilius’ career has been in the past, but right now he is HOT and there is a real chance for Schalke 04 to make the playoffs with his play. With a 4.7 KDA and an average FPPG of 25.1, he may be worth a captain slot to be honest.

Value Pick: Caedrel (Excel Esports/$5,200): Through the ups and downs of Excel’s summer split, Caedrel has been fairly consistent for them. He has a 2.6 KDA which is only .3 less than his opponent in Selfmade. Why is this important? Selfmade is a win condition for Fnatic and they cannot seem to get him to consistently be in positions to carry. Excel is a very slow team who hyper focuses on objectives and Fnatic has shown they struggle with this type of playstyle.

Tier 1: Caps (G2 Esports/$8,000): Very expensive pick up here but like I said in the captain’s section, well worth the money. His lane opponent (FEBIVEN) has just struggled in the current meta (What champions are strong or weak) and cannot seem to make the same impact now that assassins are less in favor in the mid lane.

Value Pick: Larssen (Rogue/$7,200): This is a safe pick, even into the top team in the league. I think MAD Lions will throw this game into chaos and Rogue will not be able to adapt, but I think Larssen will keep Rogue in this game far longer than they should be. He has a KDA of 6.9 and Humanoid has struggled in the last few weeks which means he could be Rogue’s path into the playoffs.

Tier 1: Neon (Schalke 04/$7,400): This has been a missing storyline in the rise of Schalke. Neon has begun to play out of his mind. He has a very limited champion pool and performs best when he is on Ezreal but there is no doubt in his ability to impact a game. He is up to a 3.9 KDA which is more impressive by the fact that a month ago he was sitting at a sub-2 KDA. I love his late game team fighting and how while he may not rack in a ton of kills, he is part of 73% of all of Schalke’s kills in a match. Great play here.

Value Pick: Patrik (Excel Esports/$6,400): Patrik HARD carried Excel in their win against Origen on Friday. Even with his struggles in the early game with Origen constantly sending pressure into his lane, he limited his deaths and pivoted into a late game monster. I doubt Fnatic will give him the Caitlin pick, but I also doubt that they will be able to get to him. With 14 more kills on the split as compared to Rekkles, look for big points with a cheap value here.

Tier 1: LIMIT (SK Gaming/$4,600): I think LIMIT gets lost in the clamoring of the upper tier supports in the LEC, but I don’t think that takes away from his overall value. He has a FPPG of 17.4 and has a KDA of 3.8, which is third in the league. I think while #1 and #2 fight it out, it is a safe pick up to grab LIMIT in this position.

Value Pick: Tore (Excel Esports/$4,000): I am not particularly sold on this pick, but if you’re trying to squeeze in pricier options elsewhere, Tore isn’t a horrible pick up. He has a KDA of 3.0 but isn’t a flashy support. He will sit on Patrik all game and keep him alive, usually by providing some sort of crowd control (stuns and slows). Nothing exciting with Tore, but he will get you decent points at one of the lower price points. I would completely suggest picking up Patrik with him to try and double dip on that bot lane.

Tier 1: G2 Esports ($6,000): With their win against SK Gaming on Friday, all fans of MAD Lions and Rogue started to feel uneasy. The last 3 matches for G2 have been reminiscent of the team who stood on the World Finals stage not too long ago. Misfits constantly fall asleep for the first 20 minutes of a game and when they wake up they have lost 3 dragons, a baron, and the enemy is knocking on the front door.

Value Pick: SK Gaming ($4,800): Origen are terrible and basically out of the playoff picture. I think they will play fast and loose which SK Gaming can do fairly well into. Expect to see SK Gaming put the nail into the failed superteam’s coffin tomorrow.

*Patrik and Tore (ADC and Support/Excel Esports/$10,400): This is a NUTTY deal for these two. Especially when you put that into the backdrop of the fact that it seems like Fnatic are trying to lose right now. They have a 3.5 KDA which isn’t amazing, unless you look at the fact that they were in the bottom two for so long, those stats don’t match their current play. Add on top of that they are going into the player with the most deaths (Hyllisang) you should be good to go for points here.

*Caps and Jankos (Mid and Jungle/G2 Esports/$15,600): This pair will cost you the mortgage, but they should rip apart Razork and FEBIVEN. They play so consistently together and having control around objectives are so important in this current iteration of League of Legends. They have a 3.9 average KDA and it should get a little bump playing Misfits tomorrow.

Top Picks: Caps, Jankos, Neon, Gilius, ZaZee. Solid performers here from the entirety of the split and they should be into favorable matchups today. The G2 picks will be VERY expensive so don’t go too heavy handed there.

Top Value: Larssen, Patrik, SK Gaming, Excel Esports. These are good picks but not slam dunks. I think all of these picks could save you a few bucks for elsewhere in your draft but also pull in respectable numbers as well.