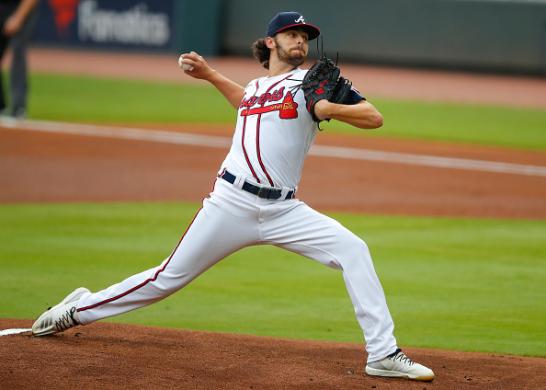 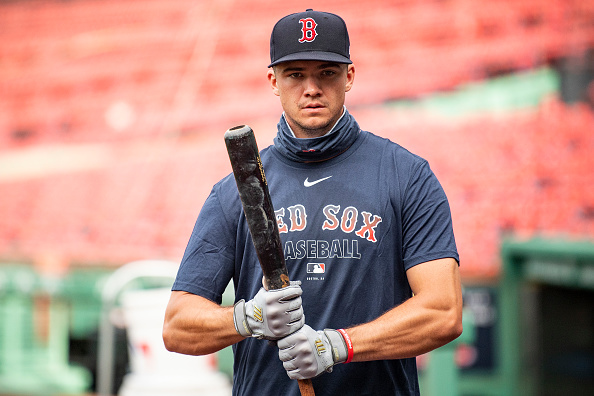 Bobby Dalbec (BOS – 3B) Look I’m a Red Sox fan despite my own constant complaints about the team and ownership, but I didn’t have the highest expectations for Dalbec in his debut on Sunday. He collected a pair of hits including a home run in his debut and he got the start at first base. That’s useful because he could get first base eligibility with Mitch Moreland now with the Padres. Will the position flexibility come in time for your fantasy playoffs? It’s not a guarantee. But he’s a player who showcased pretty good power with 25+ home runs in each of the last two years in the minors.

Robinson Canó (NYM – 2B) He may only be available in the shallowest of leagues, but he’s now hit a home run in three of his last four games. I know he’s been a hot topic of numerous roster questions whether to keep him or go with another waiver target. But right now it’s tough to ignore what Cano’s doing. Dingers have that effect. Overall, this has been a very impressive and consistent year for Cano. Entering Tuesday he was slashing .375/.411/.648 on the season and he’s in the midst of a power surge. If he’s available he’s worth rostering.

Sixto Sánchez (MIA – SP) I was a little pessimistic following his first start against Washington where he allowed three runs in five innings. Obviously with the benefit of a dominant ten-strikeout performance across seven innings, I’ll take my seat on the bandwagon. My reservations after the first start were in regard to the hits he gave up, however, across both starts he’s only allowed one walk. The fastball is elite, there’s no denying that. I’m a big fan of his changeup because it still looks like a fastball for most pitchers and he has enough velocity separation to fool hitters and his slider isn’t so bad either. His next start comes later this evening against Toronto and the ownership is spiking so grab him where/while you can.

Evan Longoria (SF – 3B) He’s not the player he was in his prime and his numbers aren’t sexy, but there’s substance with Longoria. He isn’t walking a ton but he’s still hitting .299 and since August 19th he’s hitting .395 with a .605 slugging percentage. He’s playing nearly every day and he’s available in over 70% of leagues. He’s just a solid contributor all around.

Tony Gonsolin (LAD – SP) In his four appearance in the big leagues, Gonsolin’s looked solid. He’s bounced around quite a bit between the Dodgers and their alternative site, but he’s confirmed for a start this upcoming weekend against Colorado at home. He’s averaging almost a strikeout per inning and he’s done well enough with just five walks in 17.2 innings. He hasn’t notched a win yet because he isn’t pitching that deep, but he’s worth a shot this weekend if needing a streamer.

Josh Naylor (CLE – OF) I have to give credit to my co-worker for this one. Naylor wasn’t anywhere on my radar as a waiver add until he and I were talking earlier today about how he could get regular playing time with Cleveland and how Progressive Field does cater more to left-handed hitters. Sadly with only a few weeks left in the season you may not need outfield depth as much as other positions. However, if he does get regular playing time he could benefit by going from a pitcher’s park like Petco Park in San Diego to a hitter-friendly park in Cleveland such as the Jake (or Progressive Field for the younger readers).

Ian Anderson (ATL – SP) Anderson made one of the last two waiver columns and he didn’t disappoint in his follow-up performance against the Red Sox. As of this writing he has five strikeouts through four innings of work while allowing two runs. He hasn’t allowed a walk (yet) and this marks another solid outing for the rookie. Sure, the Red Sox lineup is a bit depleted after they unloaded some regulars to acquire more youth to bulk up the farm system. However, it’s still impressive to see Anderson look so comfortable at the big-league level through two starts. His next start is slated to come against Nationals on Sunday so grab him while you can to close the week out with a great matchup. 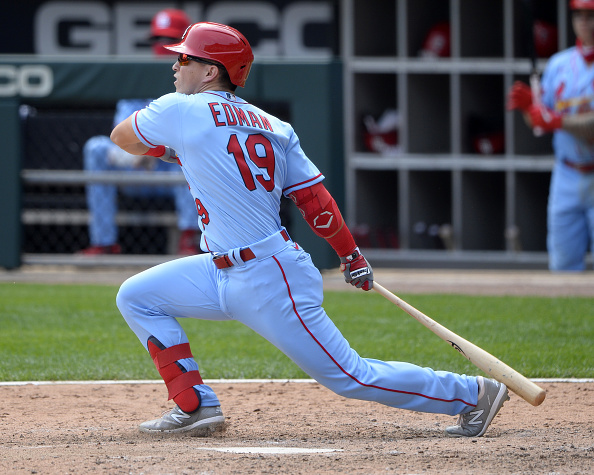 Tommy Edman (2B, 3B, SS) So Edman is another guy that is teetering on availability in only shallower leagues, but he’s seeing the ball very well right now. He’s not known for a ton of power, but since August 19th he’s hitting .340 with five multi-hit games and he isn’t striking out a ton. He’s hitting toward the top of the order which means he is in line for more plate appearances as well as scoring opportunities, if only his teammates could drive him in more. He’s a solid add if you need help with batting average or on-base percentage.

Austin Riley (ATL – 3B, OF) He didn’t get off to the greatest start in 2020 and that’s costly in a very short season. However, Riley’s really turned it on at the dish of late. He’s now riding a six-game hitting streak and he’s hit safely in 11 of his last 12 games. Entering Tuesday’s game against Boston he was slashing .375/.419/.700 since August 17th with six extra base hits and a dozen RBI in as many games. It’s not how you start, it’s how you finish.

Closers to Target: Every week I seem to highlight some relief pitchers in line for saves so I’ll lump them all together. I still really like Gregory Soto in Detroit. He collected saves on Saturday and Sunday so by all accounts, he’s the closer. Mychal Givens is another option to consider now that he’s out of Baltimore. Givens’ numbers are actually truly impressive, it’s astounding he never got a real shot at being a closer with the Orioles. He averages over a strikeout per inning easily, has good velocity, and he’s pitched over 60 innings each of the last four years coming into 2020. Perhaps the one knock on Givens are the walks, but he has an opportunity now to potentially be a closer for the Rockies. Diego Castillo is an interesting option in Tampa Bay. I don’t like him nearly as much as Soto or Givens but he’s coming off two save conversions in a three-day span. Brandon Kintzler is also available in most leagues as well and has four saves since August 21st. And lastly, my worst fears have been confirmed, Greg Holland is in the mix for saves in Kansas City. He’s not an awful option, but I was really hoping Matheny would spice it up a bit. That does not appear to be the case.