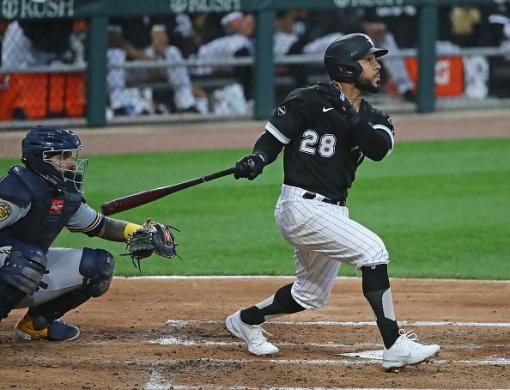 Sorry this article is later than normal! I got caught up in a ton of NASCAR content and had to edit some videos earlier this morning as well. Better late than never, right? And I also have the benefit of some late-ish news breaking on Saturday to introduce some new blood into this article. I’ll be in the chat early Sunday morning (8:00am ET) to answer questions for four hours pertaining to waiver wire adds and planning for next week!

Shohei Ohtani (LAA – DH) Ohtani is probably unavailable in your deeper leagues, but there is the slightest chance he’s available in shallow leagues, and if he is, then you should pick him up. His slash line is pretty awful, but he does have three home runs on the short season and when he tore his UCL in 2018 he appeared in most of the games the rest of the season as a designated hitter and did pretty well finishing with 22 home runs on the year. He definitely takes a hit in points leagues, but I like the prospect of rolling the dice on him assuming he’ll start most of their games down the stretch.

Leury García (CHW – 2B, SS, OF) Garcia offers a lot of position flexibility and with the shoulder injury taking Nick Madrigal out for the time being, there are opportunities for Garcia to play regularly going forward. He’s viable in points leagues since he doesn’t strike out much and he’s hitting .304 entering Saturday. He’s batting seventh against the Indians today so we’ll keep an eye out if he can possibly move up in the batting order, but that’s highly unlikely.

Daniel Hudson (WSH – RP) I mentioned Hudson previously but he’s still available in most leagues at the moment. The Nats are off to a slow start, but Hudson has the last two saves for the team. In 4.2 innings of work he’s allowed just one hit and one walk while striking out seven. It seems clear that he’s the closer and will be working the ninth inning going forward and he can help out with ratio categories.

Donovan Solano (SF – 2B) Solano’s on quite the hot stretch right now and likely available only in shallower leagues at this point. He’s riding a 12-game hitting streak heading into Saturday’s slate of games. He doesn’t boast a ton of power with just one home run on the year, but he does have six doubles and 14 RBI already. He’s been hitting third in the Giants lineup of late and he isn’t striking out much, just a 14% K-rate. His slash line will regress but ride the hot streak as long as you can.

Dylan Moore (SEA – SS, OF) I think Moore’s a decent add in deeper leagues. He offers some position flexibility and he can swipe some bags. He stole 11 last year in 113 games but has three already through ten games. He’s appeared in nine of Seattle’s last eleven games and more recently he’s been hitting close to the top of the order. For his career he’s a .218 hitter so expect the batting average to regress. But steals are tough to come by especially off waivers so you should give him a look if you’re in need of speed.

Rafael Montero (TEX – RP) Montero was activated off the Injured List a couple days ago and on Friday night he was brought in for the save. Rangers manager, Chris Woodward, wasted no time throwing Montero into the fire. He advised him there would be no soft landings and that if the game was close, Montero was going to pitch in the ninth inning. Montero stepped up and got the save and a pair of strikeouts, including one on Mike Trout . It was a bold statement and he’s widely available in most leagues. He’s definitely an addition you need to make if looking for saves in deeper leagues, or shallower leagues for that matter.

Isiah Kiner-Falefa (TEX – C, 3B) He offers position flexibility and he’s swinging a hot stick. In his five games prior to Saturday night, he had nine hits and two stolen bases. He doesn’t have a ton of power as only two of his 12 hits on the season have gone for extra bases, but he has a total of four stolen bases on the year. You could certainly do a lot worse if you play in a two-catcher league.

Spencer Howard (PHI – SP) Philadelphia is calling up their top prospect to make his debut on Sunday against the Braves. It’s unclear how Philadelphia will manage his workload, but he is expected to stick in the rotation after Sunday’s start. It wouldn’t surprise me if they threw him in the bullpen either. He’s Philly’s top pitching prospect with a four-pitch arsenal. I’d be surprised if they let him pitch deep enough to get a win, but it’s also a pretty tough matchup for the rookie. He’s still worth a grab in deeper leagues for the pedigree and hopefully he gets more starts.

Jake Cronenworth (SD – SS, 1B) It’s not all that often you see someone with SS and 1B eligibility but thanks ESPN for this new experience. Coming into Saturday night, Cronenworth has a hit in the last six games that he’s appeared in and he’s flexing the power with home runs on Tuesday and Friday. The downside is that he can hit fifth at best, which is still fine and that’s a good spot in the lineup for him. However, Saturday night he was slotted in seventh so his day-to-day value will take a slight hit when he hits in the bottom-third of the order.

MLB Acuna (wrist) expected to be ready on Wednesday

MLB Santana homers, drives in four in win over Pirates

MLB Montas strikes out 13 over six scoreless in finale

R. Odor - 2B
TEX
Rougned Odor homered twice and drove in four runs on Sunday, leading the Rangers to an 8-4 victory over the Astros.
Odor blasted a three-run homer off of Chase De Jong in the fourth inning, turning a 3-1 deficit into a 4-3 lead for the Rangers. He then victimized Nivaldo Rodriguez for a solo shot in the fifth inning, extending their lead to 7-3. With his 2-for-3 effort on Sunday he wraps up a disappointing 2020 season hitting .167/.209/.413 with 10 homers and 30 RBI.
Added 9:17 pm (EST)
Added 9:17 pm (EST)

L. Taveras - CF
TEX
Leody Taveras went 2-for-5 and drove in a pair of runs on Sunday, helping to lead the Rangers to victory over the Astros.
The 22-year-old delivered a two-run single in the fourth inning to extend the Rangers' lead to 6-3. He also reached on a bunt single in the seventh inning, then proceeded to swipe second and third base before scoring on a throwing error. With the two-hit effort, Taveras finishes his rookie campaign hitting .227/.308/.395 with four homers, six RBI and eight stolen bases in 33 games.
Added 9:16 pm (EST)
Added 9:16 pm (EST)

S. Huff - C
TEX
Sam Huff went 1-for-3 and drove in a run on Sunday as the Rangers topped the Astros in their season finale.
The rookie backstop got the Rangers on the board with an RBI single in the second inning. He then walked and came around to score on a RBI single by Leody Taveras in the fourth inning. The 22-year-old backstop certainly made the most of his opportunity this season, slashing .355/.394/.742 with three homers and four RBI In 31 at-bats.
Added 9:16 pm (EST)
Added 9:16 pm (EST)

J. Lyles - SP
TEX
Jordan Lyles lasted just three innings in a no-decision against the Astros on Sunday, allowing two runs on four hits and a pair of walks.
The 29-year-old hurler struck out four on the afternoon. Two of the three runs scored against him came on solo home runs -- one by Jose Altuve in the first and the second by Carlos Correa in the fourth. Lyles finishes a miserable 2020 season with a 7.02 ERA, 1.56 WHIP and 36/23 K/BB ratio across 57 2/3 innings. He remains under contract for one more season with the Rangers at $8 million.
Added 9:16 pm (EST)
Added 9:16 pm (EST)

J. Altuve - 2B
HOU1
Jose Altuve belted a solo home run as the Astros fell to the Rangers in Sunday's regular season finale.
Altuve tagged Rangers starter Jordan Lyles for his solo shot in the opening inning. He also drew a walk in the game, finishing the day 1-for-2 with a pair of runs scored. The 30-year-old had an extremely disappointing season at the plate, slashing .219/.286/.344 with five homers, 18 RBI and two stolen bases in 48 games.
Added 9:16 pm (EST)
Added 9:16 pm (EST)

C. De Jong - RP
HOU
Chase De Jong struggled in Sunday's loss to the Rangers, allowing six runs on six hits over his 3 2/3 innings of work.
The right-hander piled up six strikeouts on the afternoon while walking two. He had allowed just one run -- an RBI single to Sam Huff -- through the first three innings, but things fell apart for him in the fourth. There, Rougned Odor clubbed a three-run homer and Leody Tavares added a two-run single. To say that De Jong has struggled this season would be a major understatement, as he posted a miserable 14.73 ERA and 2.18 WHIP over 7 1/3 innings.
Added 9:16 pm (EST)
Added 9:16 pm (EST)

T. Turner - SS
WSH1
Trea Turner blasted a grand slam and drove in seven runs on Sunday as the Nationals throttled the Mets 15-5 in their season finale.
Turner came through with a go-ahead two-run single off of Seth Lugo in the second inning to give the Nationals a 5-3 lead. They would never trail again. He then clobbered a grand slam off of Steven Matz the following inning, putting the game out of reach at 11-3. He had an opportunity to hit a second grand slam in the sixth inning, but wound up taking a bases loaded walk. The 27-year-old had a tremendous season, slashing .335/.394/.588 with 12 homers, 41 RBI and 12 stolen bases. He's locked in as a first round pick in all fantasy formats heading into 2021.
Added 8:39 pm (EST)
Added 8:39 pm (EST)

A. Stevenson - LF
WSH1
Andrew Stevenson had another monster day at the dish in Sunday's victory over the Mets, going 2-for-4 with two doubles, three runs scored and three RBI.
Stevenson also drew a pair of walks, reaching base safely in four of his five plate appearances. He came through with a game-tying two-run double off of Seth Lugo in the second inning then came around to score on an RBI single by Trea Turner. Stevenson then plated a run with a bases loaded walk in the third inning. The 26-year-old made quite an impression during the last few weeks, slashing a robust .366/.447/.732 with two homers, 12 RBI and two stolen bases in 41 at-bats.
Added 8:39 pm (EST)
Added 8:39 pm (EST)