Dan Malin examines the players with some additional upside as return specialists in fantasy football! 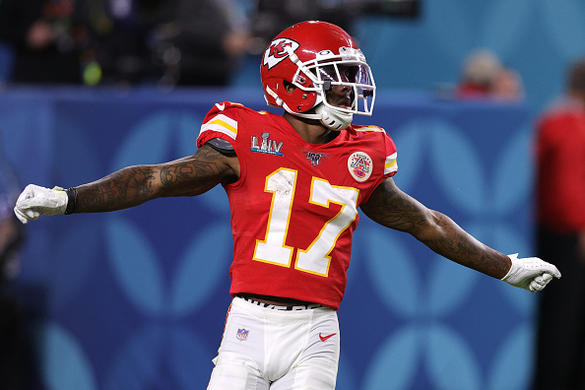 Most of these D/ST previews have focused more on the defense rather than special teams. Defenses compose a majority of the D/ST points compared to special teams, but it’s still worth throwing a bone to the “ST” side of the position, so the next couple D/ST previews will try to shed a little more light on special team contributions. For this week, we’ll focus more on punt and kick returners and their value. Most of these players will be more recognizable in that they’re wide receivers or running backs that may also offer additional upside in fantasy with their return skills. So, you can value them a little bit more, but this is also a useful tool for DFS purposes as well since daily contests reward individual players with points for return touchdowns. None of these players are on the level of Dante Hall or Devin Hester in their prime, so do approach the article with realistic expectations. These players don’t get significant increases in value unless your league rewards for returns yards in addition to return touchdowns.

Note: These may change as the season draws closer, but these are the current punt/kick returners according to most depth charts available in early May for each team.

Mecole Hardman (Kansas City Chiefs) – Hardman is one of the more notable return specialists in the league and he’s only been in the league for one season. In addition to his 538 receiving yards and six touchdown catches in his rookie season, Hardman was also third in the league with 704 kick return yards and a touchdown as well. He’s mostly an upside play in DFS as he was fairly cheap last season, but he is still part of an explosive offense that offers a ton of upside. The good news for Hardman is the Chiefs didn’t draft any receivers in this year’s draft. So he’s arguably still third or fourth on the depth chart depending how you think he compares with Demarcus Robinson . The Chiefs did use their first-round pick on Clyde Edwards-Helaire who logged 40 career kick returns while at LSU, but it doesn’t strike me as a smart decision to throw their rookie running back into the deep end and mix him in on kick returns. They’ll aim to keep him healthy and utilize Hardman for returns since he was one of the better return specialists last year. 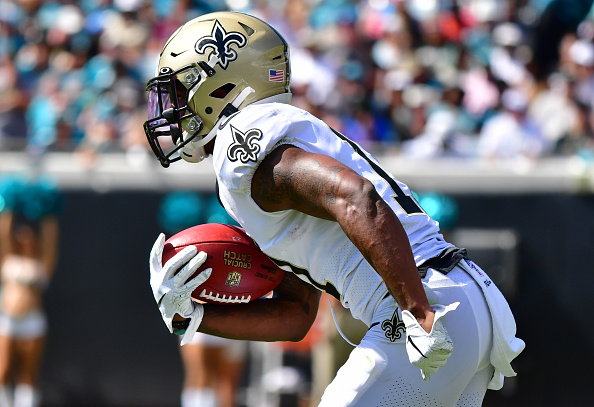 Deonte Harris (New Orleans Saints) – Harris’ position with the Saints does resemble Hardman’s situation a little bit. He’s a rookie entering his second year in the league, he’s sitting in a similar spot at the position on the team’s depth chart, and the Saints didn’t draft any wide receivers. They did bring in Emmanuel Sanders from San Francisco, but there’s an opportunity for Harris to emerge as the WR3 in his offense. Be mindful that the Saints are pretty deep at tight end as well especially after drafting Adam Trautman. But Harris should still be the return specialist with the Saints in 2020. In terms of collective punt and kick returns, nobody had more than Harris last season. He had a total of 60 punt and kick returns for a total of 982 yards. He found the end zone once, but only had six receptions for 24 yards. Nobody will be drafting Harris, but I’ll be keeping an eye on him if he can make some strides and get more looks on offense. He’s a waiver wire acquisition at best right now.

Steven Sims Jr. (Washington Redskins) – With Sims, we have another player entering his second year in the league. The downside with Sims is that Washington added a little more depth at the wide receiver position in this year’s draft. Antonio Gibson and Antonio Gandy-Goldman were selected in the second-and-fourth rounds respectively. Gibson may play more at running back for Washington, but he’s a versatile player that can line up in the backfield, at wide receiver, or take snaps at quarterback under center. Given the young depth of pass catchers the Redskins have, this hurts Sims quite a bit. Sims had 34 catches for 310 yards and four touchdowns a year ago, but also had 32 kick returns for 819 yards and a touchdown as well. It doesn’t look like he’s in danger of losing return reps just yet, but would it surprise anyone if Washington tried to take advantage of Gibson’s speed and give him punt return reps?

Nyheim Hines (Indianapolis Colts) – Hines only had 15 total returns last season, but he did yield a pair of punt return touchdowns. I do expect Hines to get a little more work in this regard since he’s now the third running back on the Colts’ depth chart behind Jonathan Taylor and Marlon Mack . Hines still possesses a little PPR upside with 100+ catches in two years, but he’s been pretty healthy the last two seasons and saw his carries drop from 2018 to 2019. Current ADP has Hines going just outside the top 180 picks, which shows he still has some handcuff allure given the injury history to Marlon Mack .

Tyler Lockett (Seattle Seahawks) – Lockett is a mainstay in fantasy football rosters because of his prowess as a wide receiver. And while he only had 23 total punt and kick returns last season, he has 269 combined returns for his career. He hasn’t recorded a touchdown since 2017, so you could make the argument that he’s due. There’s a chance that Freddie Swain could cut into Lockett’s returns, but Swain only had a handful last season at Florida. You shouldn’t expect too much from Lockett, but if he finds the end zone as a returner it’s gravy in season-long formats or DFS. 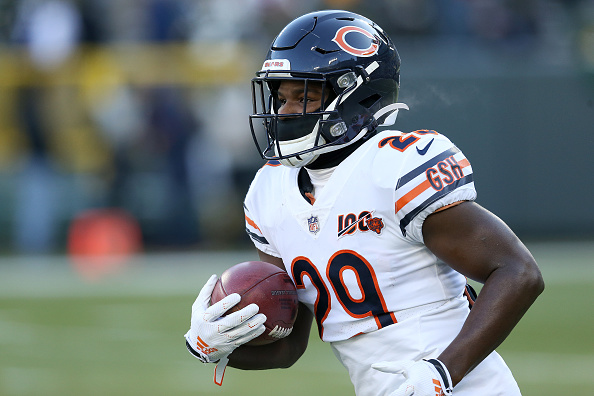 Tarik Cohen (Chicago Bears) – Cohen’s usage as a returner isn’t as notable as some of the players at the top of the list, but he gets a good mount of punt returns every year and with his speed can break a long return. Cohen’s in a weird situation where the Bears don’t have quality or quantity depth at running back. It’s basically Cohen, David Montgomery , and Ryan Nall with Cohen getting a lot of work in the passing game. The Bears didn’t draft any notable return specialists in the draft, so his job security is safe for the time being. His pass catching abilities will always give him appeal in PPR formats, with some additional upside in the return game.

Honorable Mentions – There are some other recognizable names with utilization in the return game. The Jaguars currently list Dede Westbrook as their kick and punt returner, but he has only three kick returns in his career (all in 2018) and 43 punt returns. Miles Sanders had 14 kick returns in his rookie season but given how strong he came on toward the end of 2019 you have to imagine his usage on special teams may not be as prominent if they want to keep him healthy. Jalen Richard gets some love as well. With the Raiders drafting Lynn Bowden Jr. and with the emergence of Josh Jacobs in 2019, Richard falls to number three on the depth chart at running back. He has just 17 total returns the last two seasons, but he’s listed at the top of their return specialist depth charts and could get more work on special teams, while remaining a potential deep-league PPR play in fantasy football.