Dan Malin is here to look around the Fantasy Baseball waiver wire to point out some intriguing players to grab off waivers for your team's playoff push! 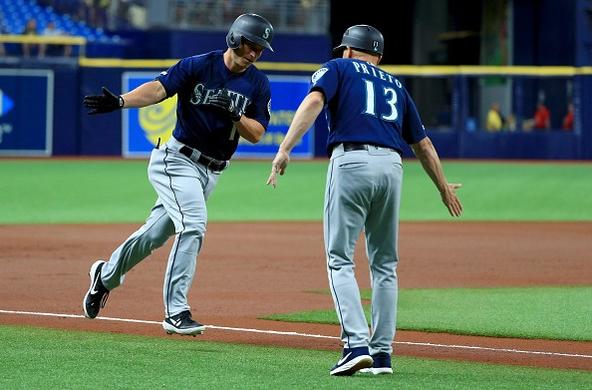 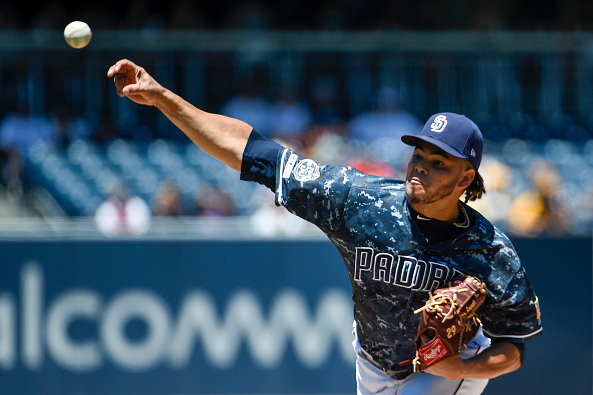 Dinelson Lamet SP SD; FAAB Bid: 12-15% - Lamet is seemingly hitting his stride after nearly sitting on the shelf for two years with injuries. Admittedly, I was more bearish on him than most when he first came back. But there’s a significant amount of rust that one needs to shake off when they haven’t pitched at the big-league level in two years. The home runs and walks are still concerning, but he’s averaging 12.07 K/9 and in two of his last three starts he’s registered wins and quality starts. If San Diego is feeling confident letting him pitch into the sixth and seventh innings then you should feel comfortable adding him to your team, especially if you’re trying to replace Chris Sale . His next start comes this Saturday against Boston at home before a road start against the Giants next week.

Mark Melancon RP ATL; FAAB Bid: 10% - So Melancon made the Waiver Advice column on Saturday in the deeper league section (and to a lesser extent, Jerry Blevins was mentioned too). Melancon looks locked in as Atlanta’s closer, but we’ve seen this charade before and yours truly has fallen for it multiple times. But Melancon has three saves since last Tuesday including a pair over the weekend. Luke Jackson , Shane Greene , and Chris Martin all pitched in relief on Tuesday night in non-save situations, so it looks like Melancon is locked in for the next save opportunity. Melancon’s no stranger to the role as he does have 186 saves on his resume. Atlanta has a six-game lead on the division so it’s not the best time to go with a closer carousel. Melancon seems locked in and we should all keep our fingers crossed. If Melancon is unavailable be sure to give Archie Bradley a look as he locked down the save for the Diamondbacks on Tuesday night and he’s still available in a fair amount of leagues.

Maybe Ryan McMahon 1B, 2B, 3B COL; FAAB Bid: 3-4% - McMahon isn’t a guy that generates a ton of buzz mostly because he’s a streaky hitter, but currently he’s on a bit of a tear that’s worth mentioning. Over his last eight games he has five home runs and an OPS well over 1.000 but he’s only 3-for-13 over his last three starts with no extra base hits. The lone saving grace has been that he has a stolen base in that span at least. Loading up on available Colorado hitters might not be a terrible strategy for your fantasy playoff run. From September 10th through the end of the season the Rockies have a dozen games at home and everyone loves a good Coors Field matchup.

Matt Albers RP MIL; FAAB Bid: 10% - Well this is awkward for Josh Hader owners. Hader has had a very rough month. Dating back to July 30th, he still has 11 strikeouts in six innings. HOWEVER, he’s allowed seven earned runs on nine hits (four of which have been home runs) and four walks. He’s been off with just two saves this month and a 1-2 record. In that same time frame Matt Albers has three saves and three holds. He’s not the strikeout machine that Hader is, but with more saves of late than Hader perhaps Albers is worth adding off waivers. Remember that even last season Milwaukee preferred Hader in a late-inning, high leverage role that did not include save situations. They were higher on Corey Knebel and Jeremy Jeffress at one point. Hader fell into the closer role by default and has been roughed up lately. Albers is under 10% owned on Yahoo and has been sneaking in saves under the radar.

Kyle Seager 3B SEA; FAAB Bid: 7-8% - There’s a certain level of pride with this waiver wire honoree. He was mentioned a week ago as his breakout was just starting and he’s only managed to keep it up so he’s worth mentioning for a second straight Wednesday. Entering Tuesday night, Seager was hitting .365 with a 1.239 OPS since July 30th and in that span he has eight home runs, a triple, two doubles, and 18 RBI. On Tuesday night he ripped another home run and double while driving in three more runs. Seattle has cooled off since it’s hot start five months ago in Japan, but Seager is riding a hot streak and needs to be added everywhere.

Griffin Canning /Andrew Heaney SP LAA; FAAB Bid: 5% - If you need to prioritize one over the other, it would probably be Canning, but don’t sleep on Heaney. He dazzled on the mound Tuesday afternoon twirling eight innings of one-run ball and recording 14 strikeouts. Canning even pitched seven innings of one-run ball on Sunday against the White Sox and he recorded eight strikeouts to his credit.  Here is the downside with these two: the schedule for the Angels doesn’t get easier down the stretch. This weekend they have the Red Sox coming to town, and while Boston may be on the outside-looking-in for a Wild Card spot, the offense is still deadly. In addition to Boston, the Angels still have ten games left against Houston, five against Oakland, and three games against Cleveland, Tampa Bay, and New York each. It could be a rough finish for the Halos, but these two pitchers are looking like they’re worth adding at the moment. 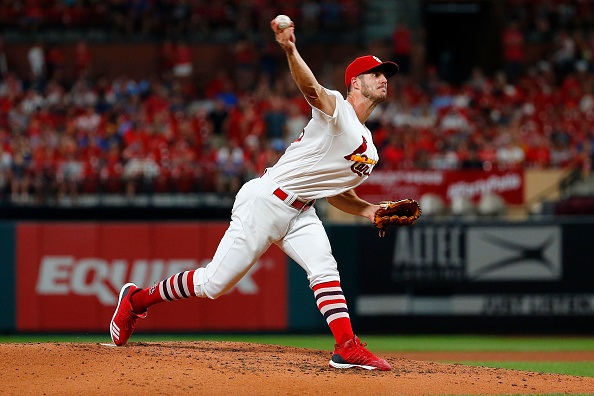 Dakota Hudson SP, RP STL; FAAB Bid: 4-5% - Credit must go out to the Mock Draft Army for shedding some light on Hudson in Monday night’s fantasy football mock draft. Howard and a couple other drafters were talking up Hudson who had completely flown under this writer’s radar. Hudson, like Lamet, seems to be the beneficiary of a longer leash from the coaching staff. He’s gone at least six innings in each of his last two starts and even had a no-hitter going in Monday’s start before being pulled in the seventh inning. Hudson has six wins since July 5th and his next four starts project to be against the Rockies, Reds, Giants, and Pirates with those first three coming at home where he’s been a better pitcher. If you aren’t comfortable with Canning or Heaney from above, give Hudson some consideration. He might be available in your 12-team league.

Nick Ahmed SS ARI; FAAB Bid: 5% - If I’m going to write up Kyle Seager for the hot bat, I might as well include Ahmed who is hot at the dish right now. He’s also projected to outproduce his career year from last year with an improved batting average (.272), OBP (.332), and SLG (.461). Now on the season, a sub-.800 OPS isn’t anything that jumps off the page at you, but since August 11th Ahmed has six home runs, a triple, and two doubles with 15 RBI. The humidor certainly isn’t holding this guy back right now.

Luis Arraez 2B, 3B, OF MIN; FAAB Bid: 1-2% - Let’s be perfectly honest with ourselves, as fantasy baseball players you really want to target guys with power. And if they don’t have power, then maybe they can compensate with stolen bases. Arraez will rarely help you with either of those things. So why even bother mentioning him? Well in his 231 plate appearances entering Tuesday night he was hitting .348 and since July 21st he has ten multi-hit games with 20 runs scored. And you don’t need to downgrade him in points leagues. He’s actually a very patient hitter with a 10.4% walk rate and just a 6.9% strikeout rate. So he’s not a big power hitter, but he’s still a good enough hitter who can help you with batting average and runs.