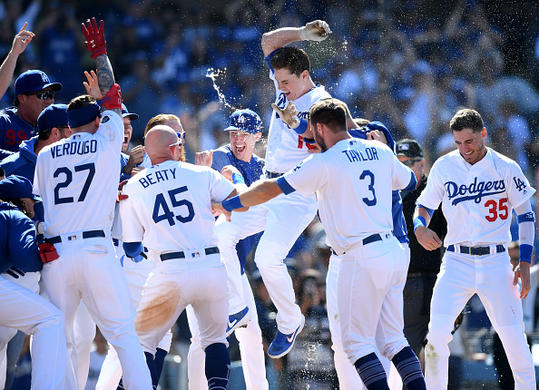 So you’ve lost Blake Snell . That’s a tough break, kid. But there are always streaming options on waivers and maybe you can find a consistent waiver wire addition to get you through the next few weeks without Snell. Be sure to check out the Two-Start Pitchers article as well as the Starting Pitching Streamers article that come out this weekend to better help you find replacements for Snell and don’t overlook some of the recommended arms in this article as well!

Carlos Martínez RP STL; FAAB Bid: 8-10% - Martinez looks like he’s locked in as the Cardinals closer. Since taking over at the position nearly a month ago he’s notched nine saves and he was used to close out Thursday night’s game despite not registering an actual save, and he came on in Friday night’s game to get an actual save. On Wednesday, Ian Kennedy got the shout out as the reliever to add. And to be fair, he’s definitely worth picking up as well. But Martinez has seven saves since returning from the All Star Break and it would take an epic collapse via a run of bad outings to remove him from the closer role.

Zac Gallen SP MIA; FAAB Bid: 15% - His usage over the next two months is a bit of a debate in the fantasy community and his next matchup against the Twins is a little concerning. But what I liked about his most recent start was that the Marlins let him pitch into the seventh inning. Previously he hadn’t even worked six innings, which is enough to get a quality start. If they’re loosening the reigns a little bit then this could help his value. On Wednesday night he flat out dominated the White Sox, who aren’t great, but you’ll take the production of seven innings, nine strikeouts, one walk, and two hits any day of the week.

Danny Santana 1B, 2B, OF TEX; FAAB Bid: 6-8% - Since mentioning Santana in Wednesday’s column he’s collected five hits with a home run, a triple, and a double along with six RBI. He is in the zone. He has 19 hits since the All Star Break and it looks like he’s settled into the two-hole in the Rangers lineup. Texas may be selling at the trade deadline next week and Santana is a candidate to be moved, hence why his recommended FAAB Bid is less than what it was three days ago. I’m hoping he isn’t traded to a team that uses him in a utility role, so we have to wait and see unfortunately, but at the same time Texas is only 5.5 games out of the Wild Card so they might hold him.

Anthony DeSclafani SP CIN; FAAB Bid: 7-8% - I’m don’t typically enjoy writing about this DeSclafani character (partially because it’s a hassle just to spell his name correctly), but since June 6th he’s been a very good pitcher and worth using in fantasy. Over those eight starts (44 innings of work) he’s pitched to the tune of a 3.07 ERA (3.04 FIP and 3.57 xFIP) with 50 strikeouts, just nine walks, and three of his last four starts have registered as quality starts. He came one out short on July 16th against the Cubs of making it a perfect four-for-four. He’s under 30% owned across a majority of fantasy platforms so you shouldn’t have any trouble acquiring him if you’re in need of an arm. As of this writing, he’s currently he’s three innings into his outing against the Rockies with three strikeouts and just one walk allowed. 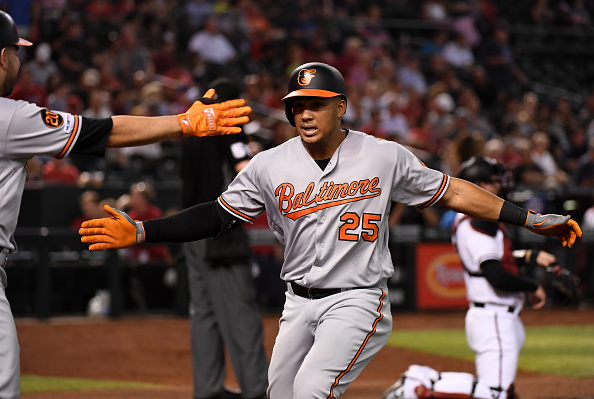 Anthony Santander OF BAL; FAAB Bid: 6-7% - Santander’s ownership is on the rise and for good reason. Since the All Star break he’s been on the receiving end of consistent playing time and he’s taken advantage of it. Over the last two weeks he’s hitting .350 with a .976 OPS. He’s got four home runs, a triple, a double, and 14 RBI in that span as well. He’s definitely worth picking up in five-outfielder leagues and he can get you some multi-hit games. He’s definitely in play when the O’s are playing in Camden Yards considering he’s hitting .354 at home.

Tommy Edman 2B, 3B, SS STL; FAAB Bid: 3-4% - Edman won’t blow you away with his slash line, but he can help out in counting categories. Entering Friday night, in 107 plates appearances, he has 17 runs scored, 14 RBI, four home runs, two triples, four doubles, and four stolen bases. He kinda sorta does a little bit of everything despite what he slash line (.257/.299/.455) might say. As an added bonus, the Cardinals seem content letting him lead off which means he’ll get more plate appearances and if he’s on base there’s a fair chance he gets driven in. He’s not the biggest name on waivers, but he provides decent numbers.

Willie Calhoun OF TEX; FAAB Bid: 6-7% - If you lost Joey Gallo then you could give his replacement a shot. Gallo is going to be shut down for about four-to-six weeks and the Rangers have announced they’re bringing Calhoun back up. (This next part was written before Friday night’s game) Calhoun has a small sample size in the major this year (99 plate appearances) he has five home runs with 15 runs scored. He was a bit of a streaky hitter in his previous stints, but he has a tremendous opportunity to show the Rangers what they have in him. He’s been called up before and he just hasn’t stuck, but now is his change. Update: Now this is coming following Friday night’s performance where he hit a home run and a double, drove in two runs, and scored two runs. Calhoun’s a viable fantasy option folks!

Reynaldo López SP CHW; FAAB Bid: 8% - If you’re looking at his season-long numbers, you’ll have zero interest in claiming Lopez. However, he’s been decent in his last three starts. In those 21 innings of work he has 25 strikeouts, four walks, four earned runs, and he’s allowed just one home run. He’s a two-start pitcher next week against a couple of National League East foes in the Mets (at home) and Phillies (on the road). He’s definitely in play against the Mets based on his recent performance and if he puts together another solid outing then you can roll him out against Philadelphia.

Will Smith C LAD; FAAB Bid: 5% - Smith was recalled from Triple-A Oklahoma City on Friday and Austin Barnes was subsequently sent down. Smith has only appeared in a couple brief stints with the Dodgers this season, but in nine games he already has three home runs and six RBI. (On Saturday he hit a home run and a double while driving in six runs… So there’s that.) He hit an additional 20 home runs in Triple-A with a .986 OPS. Russell Martin will likely also mix in some starts at catcher, but there’s optimism spreading across the industry that Smith will get the bulk of the starts behind the dish.