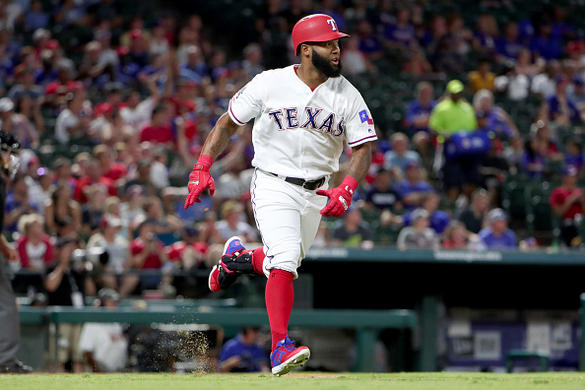 Danny Santana 1B, 2B, OF TEX; FAAB Bid: 10% - Santana appeared in this section not too long ago and he hasn’t cooled off since we started up the second half of the season. Since July 11th he touts a 1.184 OPS with four home runs, three doubles, and three stolen bases. He still takes a big hit in points leagues. On the season he still has a 27.7% strikeout rate and a 4.1% walk rate. He’s drawn some trade interest from other teams and if the Rangers opt to sell then he could be on the trade block and it’ll be intriguing to see where he goes. If he is dealt there’s still faith he’ll find plenty of playing time since he plays so many positions. 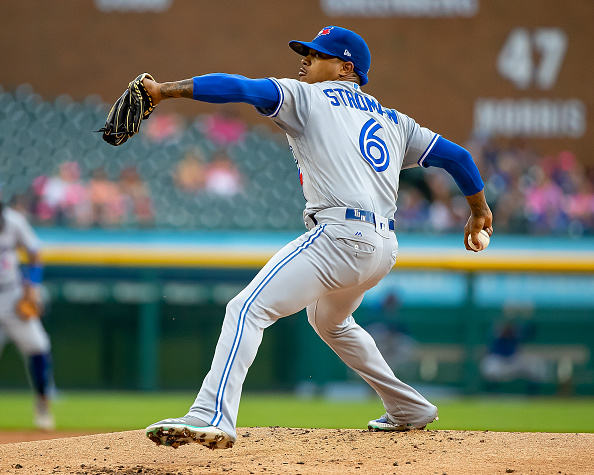 Marcus Stroman SP TOR; FAAB Bid: 12% - It’s been difficult to take Stroman seriously. His strikeout potential isn’t great and his FIP (3.62) and xFIP (4.07) suggest regression, but he’s been solid for the Blue Jays and he’s an obvious trade chip when the Blue Jays sell next week. Rumors have gone around that he could end up in Atlanta, which is a nice fit, and he has five quality starts in his last six starts with the Blue Jays. He got the start Wednesday night against the Indians and currently he’s at six strikeouts in the sixth inning. If he gets dealt to a contender he should be able to register some more wins.

Mitch Garver C MIN; FAAB Bid: 5-6% - This isn’t Garver’s first appearance in the Waiver Wire column, but it could very well be his last as we enter the last two months of the MLB regular season with the fantasy playoffs fast approaching. Garver has six home runs since the All Star Break and since June 25th he’s hitting .327 with a 1.195 OPS with eight home runs, 15 runs scored, and 13 RBI. The downside with Garver is that he gets way too much time off. The Twins keep splitting time between him and Jason Castro who has just three home runs over the last two months. Regardless, Garver is producing and with the Indians gaining ground on Minnesota in the AL Central, the Twinkies would be wise to use their optimal catcher a little more.

Oscar Mercado OF CLE; FAAB Bid: 15% - It’s still stunning Mercado is available in over half of fantasy leagues in Yahoo and ESPN, but here we are. Over his last 40 plate appearances entering Wednesday night he has four home runs, a triple, two doubles, three stolen bases and a 1.283 OPS. He’s comparable to Ramón Laureano who is owned in more leagues, but the home run and stolen base potential is still real.

Ian Kennedy SP/RP KC; FAAB Bid: 12% - Kennedy’s ownership is on the rise, and he currently has 18 saves for the Kansas City Royals who have just 38 wins entering Wednesday night. Kennedy is a trade chip and Fangraphs recently predicted he’d end up on the Braves at the trade deadline. If that worries you, it really shouldn’t. The Braves are in desperate need of any form of bullpen help and that includes finding a closer. They’ve tinkered with Arodys Vizcaíno , A.J. Minter , Luke Jackson , Sean Newcomb , etc. Luke Jackson has been abysmal since he last appeared in his piece, but if Kennedy is dealt to Atlanta then his ownership will spike. He has seven saves since coming back from the All Star Break and he’s still averaging over a strikeout per inning.

Starlin Castro 2B MIA; FAAB Bid: 4-5% - Castro has cooled off in his last six games, but in the month of July he has a .333 batting average with a .917 OPS. He has eight multi-hit games this month with eight extra-base hits. The more recent cold stretch is somewhat concerning, but for the sake of getting some fresh names in this article we’ll introduce Castro and hope he turns it around because he was having a great month up until last Thursday.

Kevin Gausman SP ATL; FAAB Bid: 2-4% - Here’s to hoping that Gausman has righted the ship with his last start. On Sunday he tossed seven innings of one-run ball with eight strikeouts against the Nationals. His ERA on the season is 5.71, but he has a 3.86 FIP and a 4.52 xFIP so perhaps there is room for positive regression. His next start comes Saturday on the road in Philadelphia followed by a home start against the Reds. The Gas Can is the kind of guy you can keep on a short leash, but he averages a strikeout per inning and he has a quality start in four of his last seven starts. 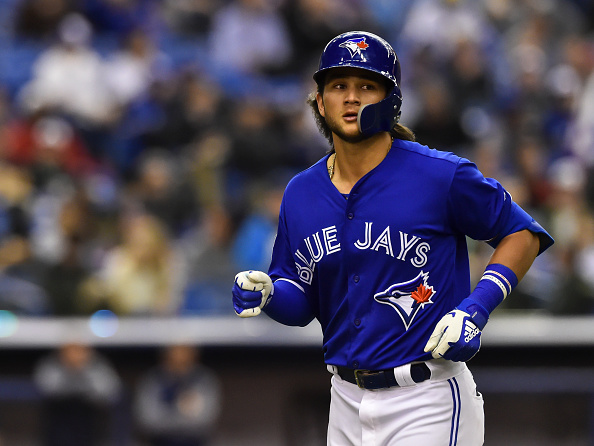 Bo Bichette SS TOR; FAAB Bid: 2-3% - If you want to get a jump on Bichette now you can probably get him for cheaper than when he’s actually called up. Yes, you’ll have to waste a roster spot for a few weeks, but it sounds like he’ll get the call after the trade deadline next week. In 51 games at the Triple-A level this year Bichette is hitting .298 with an .855 OPS and 14 steals. He’s a solid hitter that is a threat on the base path and you’ll want your shares of him once he gets brought up.

Travis d'Arnaud C TB; FAAB Bid: 5% - So there’s a massive discrepancy in ownership between Yahoo (45%) and ESPN (10%) so we’ll include him in the deeper league section right now, but on the off chance he’s available in a shallower league he’s worth the grab. Since the All Star Break he’s hitting .314 with a 1.185 with five home runs, ten runs scored, and 13 RBI. Pushing the span back to June 6th, he has 11 home runs and 30 RBI. It’s been stressed numerous times, but catcher is a pretty tough position to fill for a whole season and you can usually just roll with whoever is swinging the hottest stick and right now D’Arnaud and Garver are two solid options at the moment.