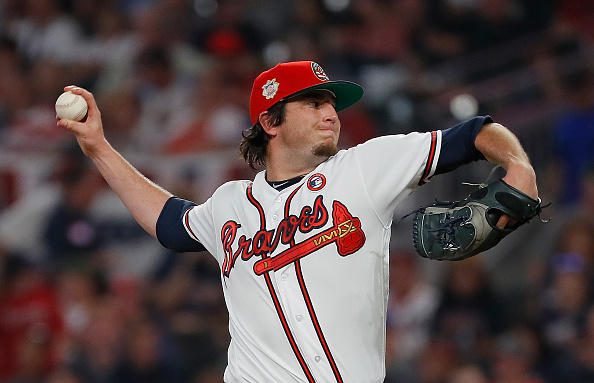 Nate Lowe and Mike Brosseau INF TB; FAAB Bid: 5-6% - You don’t need to spend too much on these two, but you could get them for fairly cheap and Brosseau is much more available than Lowe is. But both have gotten hot as of late as indicated in Wednesday’s Waiver Advice article. Brosseau is also a nice deeper league add, but the Rays have some options on waivers that can be claimed as solid contributors for your fantasy team. They each have three home runs since the All-Star Break prior to Friday’s games and Lowe in particular has six extra-base hits over that span.

Luke Jackson RP ATL; FAAB Bid: 12-15% - Need relief help? Go get Luke Jackson . Jackson hasn’t been mentioned in the waiver column in quite some time, but his ownership is still surprisingly low. He’s converted three saves since the All-Star Break bringing his total to 17 on the season. He touts a stellar 12.26 K/9 and he’s locked into a closer role for a division leader. Similar to Taylor Rogers this is a guy you want on your team down the stretch. He is prone to giving up runs occasionally, but you’ll take the good with the bad because free saves are there for the taking on waivers.

A.J. Pollock OF LAD; FAAB Bid: 6-7% - It’s hard to recommend bidding up Pollock since the production has been minimal, but he is coming off a streak where he hit home runs in three consecutive games. Heading into Friday night he’s still hitting just .248 with a .715 OPS, but he did steal his first base of the season on Wednesday night so hopefully that gets him a little more active on the base path. To be completely honest, his ownership is still fairly high so he’s only available in shallower leagues, but the power surge should raise some eyebrows. If Pollock doesn’t move the needle for you then you can pick up Soler who is more available and mashed his 26th home run of the season on Thursday. 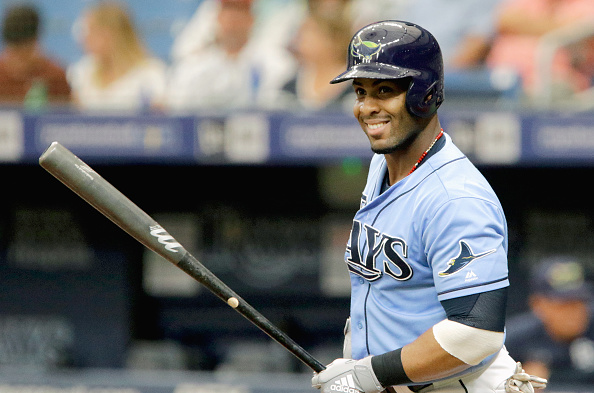 Yandy Díaz 1B, 3B TB; FAAB Bid: 10-12% - Since the All-Star Break, Diaz has gotten off to a nice start for the second half of the season. He has three home runs, two doubles, and seven runs scored in this brief sample size and the Rays aren’t afraid to hit Diaz in the cleanup spot. He only has 14 home runs on the year, but he is a bit of a streaky hitter and right now he is definitely streaking.

Jarrod Dyson OF ARI; FAAB Bid: 5-8% - Dyson’s currently tied for fourth in steals with 21 and he’s available pretty much everywhere. He basically just holds value in roto leagues or head-to-head categories leagues because he doesn’t contribute much power, but he has scored 43 runs with just 276 registered plate appearances heading into Friday night. He’s a risky play, but since June 26th he’s hitting .280 and Arizona has been using him in the leadoff spot more.

Adam Wainwright SP STL; FAAB Bid: 2-3% - He’s far from the pitcher he used to be, but at 37 years old Adam Wainwright is still alive and kicking in the big leagues. Since June he’s averaging more than a strikeout per inning with a 2.48 ERA. Now here’s the caveat; he does have a 3.52 FIP, and a 3.75 xFIP and he’s currently getting roughed up badly by the Reds. Next week he’s slated for a road start against the Pirates who have scored just 18 runs in their previous six games prior to Friday night.

Brandon Crawford SS SF; FAAB Bid: 4-5% - Crawford’s another guy who has been red hot at the plate since coming back from the All-Star Break. Heading into Friday night’s contest he has four home runs, two doubles, 11 runs scored, and 13 RBI in that brief span with an OPS over 1.300. It’s clear he’ll likely regress, but he’s a solid option for middle infield help in deeper leagues. He only has nine home runs this year, but we’ve seen him finish with over 20. It’s unlikely he reaches that milestone this year, but hopefully the recent surge can elicit more power from Crawford.

Jason Vargas SP NYM; FAAB Bid: 2% - You can’t feel great about picking up Jason Vargas , but in a deeper league where he’s a two-start pitcher next week, you could do worse… Or maybe you can’t, it’s a subjective argument. Why else would anyone want to pick up a guy with a 5.17 ERA in his last six starts, who has given up eight home runs in that span? Well Vargas has a 3.15 ERA at home and opponents have a .289 wOBA against him at Citi Field. Sure enough, both starts next week for Vargas will come at home against the Padres and Pirates.

Kyle Tucker OF HOU; FAAB Bid: 1% - At a certain point, Kyle Tucker has to get the call up to the big leagues. With the trade deadline approaching, there’s a sense that Tucker might get traded in a package that could bring either a starting pitcher or a premium bat to Houston. If that happens then Kyle Tucker could be brought up to the big league club that he gets traded to. Again, this is all speculation. He’s still a top 30 prospect and even though he had a rough time in the majors a year ago, he’s had success at Triple-A this year. He’s currently hitting .269 with a .922 OPS, 24 home runs, and 21 steals. It’s all speculation, but if you want to get a jump on September callup’s he’s the kind of player who could be dealt to a seller and get immediate playing time if that happens. UPDATE: With news breaking that Tyler White was DFA'd, Kyle Tucker has reportedly started taking reps at first base, which could mean he might be getting the call up with Houston and may not be getting dealt to a seller. Time will tell!

B. Buxton - CF
MIN1
Byron Buxton went 3-for-4 with a stolen base on Tuesday in the Twins’ loss to the Brewers.
Buxton reached on an infield single and swiped second base -- his first theft of the season -- in the second inning. He also collected two more hits to cap off the three-hit performance The uber-talented 26-year-old outfielder possesses a tantalyzing blend of skills, but hasn’t quite reached the potential superstar ceiling that fantasy managers have been forecasting for nearly a decade. It’s an extremely small sample size, but he owns a pedestrian .262/.273/.500 triple-slash line with three homers across 44 plate appearances.
Added 11:27 pm (EST)
Added 11:27 pm (EST)

J. Polanco - SS
MIN1
Jorge Polanco walloped a solo homer on Tuesday in the Twins’ loss to the Brewers.
Polanco kicked off the interleague affair with a mammoth solo shot to right field -- his second round-tripper of the season -- off Brewers starter Josh Lindblom in the opening frame. He also singled, struck out twice and grounded into a double play in this one. The 27-year-old shortstop doesn’t offer enough over-the-fence power or stolen base potential to blossom into an elite fantasy shortstop, but he’s an extremely productive four-category contributor who should be rostered as a viable middle infield starter in all mixed leagues.
Added 11:26 pm (EST)
Added 11:26 pm (EST)

I. Happ - CF
CHI1
Ian Happ went 2-for-3 with a walk and an RBI as the Cubs' No. 6 hitter on Tuesday.
Happ has mostly hit ninth this year, even though he's been tearing it up since day one (and for the final couple of months of last season). If he can convince manager David Ross to hit him in the middle of the order consistently, he'll be that much more valuable in mixed leagues. He's batting .325 with three homers in 40 at-bats.
Added 11:25 pm (EST)
Added 11:25 pm (EST)

A. García - RF
MIL1
Avisail Garcia went 3-for-4 with a solo homer on Tuesday in the Brewers’ win over the Twins.
Garcia, who has been dealing with a recent wrist injury, tattooed a 427-foot leadoff homer against Twins opener Tyler Clippard to snap a 12-game homerless drought to open the truncated 2020 campaign. He also singled in the third and fifth innings, respectively, to record his third multi-hit effort of the season. The 29-year-old outfielder has gotten off to an extremely slow start in his Brewers debut, hitting .255/.352/.383 with 14 strikeouts across 54 plate appearances. Hopefully this three-hit effort puts him back on track.
Added 11:24 pm (EST)
Added 11:24 pm (EST)