Creating tiers heading into your fantasy baseball draft is a valuable practice to help you build a well-rounded team and Dan Malin explains how and why. 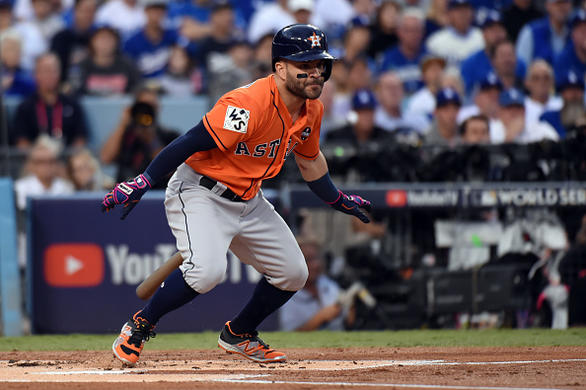 There truly is no better way to prepare for a fantasy draft than preparing with tiers.. For a great example you should get out the preseason rankings that are always being updated by our very own Jim Bowden. Ever heard of him? But within those rankings you'll find certain players highlighted into a color scheme. And this is how Jim developed his own tiers.  Personally in looking at Jim's second basemen tiers I wouldn't put Ozzie Albies in a tier with José Ramírez , José Altuve , Javier Báez , and Matt Carpenter . But that's just my opinion, and everyone's free to formulate their own. If you don't have the time to generate your own rankings then make your own tiers. Sometimes it's best to keep it simple, and tiering is a great way to go.

Do you want to know why rankings are a moot point? Because if/when you enter the draft lobby and you have a first round pick that’s toward the back end of the draft, what do you do? Obviously you’re looking to take the best player available. But lets pump the brakes for a second. Mike Trout , Bryce Harper , J.D. Martínez , Mookie Betts , José Ramírez , etc. might all be gone. So what’s your play? You need to be aware of who is available and position scarcity. A year ago I would've selected José Altuve because he was an elite player in 2017 and he was in a tier all his own. Position scarcity made him a valuable commodity. That's not the case this season with there being three-to-four high level options at second base. 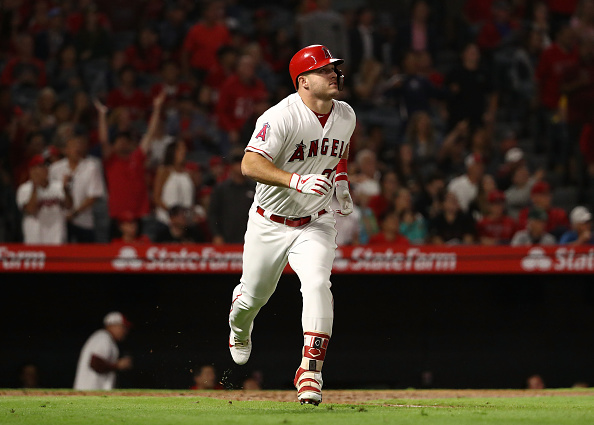 So now there isn't as much of an onus to go with Altuve in the first round. He followed up his 2017 MVP caliber season with some regression. He hit only 13 home runs, saw the batting average drop 30 points and saw his worst stolen base total and plate appearance total since 2011. It's safe to say that Altuve was a mild bust in 2018 and because of that his elite status in a tier all his own is a thing of the past. He's still an elite option at his position, but he's not alone. Between 2016 and 2017 he was posting out of this world numbers. So while he may not be a first-round value anymore he's in the top-tier at his position and can be had a round or two later.

Starting Pitching is where I think you can possibly sit and wait on the position. As most of you know I've written the "Streaming Starting Pitchers" article each of the last two MLB seasons and it's a method I practice. To be truthful, I only like to own about four starting pitchers and I prefer them to all be Top 75 starting pitchers. If playing in a league that has a minimum innings pitched limit, I'm even more inclined to own less starting pitchers. I just prefer loading up on offense because I prefer depth at all positions. So I'll never draft a top five or even a top ten pitcher. Because if you once again look to Jim Bowden's preseason rankings you'll notice he has 14 pitchers in his top tier. So I'd prefer to draft one of those pitchers in the 10-to-14 range like Noah Syndergaard , Madison Bumgarner , Luis Severino , or Trevor Bauer . From there you can skip the second tier of pitchers and draft from the third, fourth, and fifth tiers or however you prefer. But the point you should take away from this is that you can identify players in certain tiers that you like and be content with those players if you miss out on the more elite names at their respective position. Let the mid-tier guys that you like fall to you.

Know When To Pull The Trigger 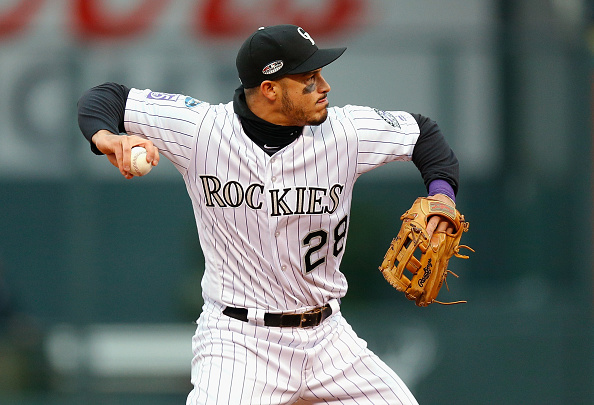 Let's touch on third base. Third base  is one of the deepest positions in baseball, which wasn't always the case. But the options at third base are amazing, and Jim Bowden currently has ten third basemen in the top tier! José Ramírez , Nolan Arenado , Manny Machado , and Javier Báez are a few names at the top. Even Vladimir Guerrero Jr. is ranked sixth and he's never logged a single plate appearance in the majors. But because of the massive depth at third base, this is a position you can wait on. You could possibly wait until round two or three to nab a top-tier third basemen so because of that you don't necessarily need to take one in the first round.

But it’s important to know which positions have depth and which don’t. First base is certainly lacking the depth that third base has. Paul Goldschmidt , Freddie Freeman , and Rhys Hoskins are all safe plays, but there aren't as many top notch players like third base. Multi-position eligibility in fantasy baseball is crucial to setting your lineups on a daily or weekly basis so it's not an awful idea to maybe grab Matt Carpenter who you can slot in at first base or third base, or even second base! He's in the top tier at all three positions. Outside of Jim Bowden's top tier at first base you're venturing into dangerous territory where you'll find yourself sacrificing power and/or average in addition to some guys not logging 500 plate appearances in 2018. For the sake of having a well-rounded team, it may be wise to grab one of the elite first basemen early.

Build Your Own Tiers Leading Up To Draft Day

Every website provides rankings. And honestly arguing over “top 20 outfielders” and “top 40 starting pitchers” is all semantics because of the subjectiveness around these debates. It’s perfectly fine to formulate your own opinion. It’s the same mindset with formulating any fantasy sports draft method: you don’t need to know everyone’s stat line, but it’s important to have a quick opinion on every player. It could simply be whether your like the guy or not, or you could simply just know where he falls in your tier rankings.

Ultimately it’s smart to rank positions into tiers. If looking at overall players, you could build tiers based on the top 200-300 players. However, I can't in good faith recommend grouping players from different positions together because it's all apples and oranges, folks. Tiers apply better if organizing them by position. .

Now there are still some moves that will be made. At the time of this writing, we're all still waiting to see where Manny Machado and Bryce Harper sign. Those two players will certainly be in the top-tier of their position. However, their additions could impact the tiered fates of other players on their new teams. It could shift spots in the batting order around, or it could mean less playing time for a lower-tier player that you may have taken a late-round flyer on. Always check back in with our rankings and tiers to see what's changed because we're still a couple months out from Opening Day, so anything could happen. Don't be afraid to make changes to your tiers over the next several weeks!