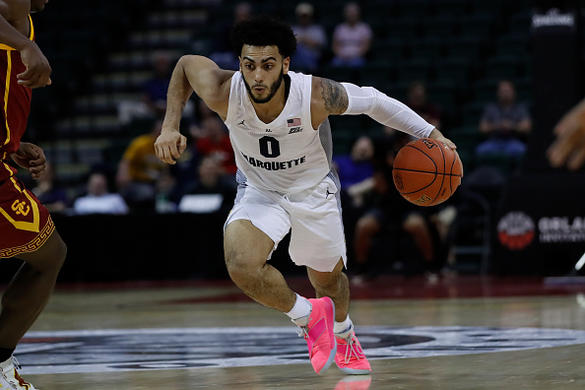 (by Implied Points per KenPom)

In case you missed it, Markus Howard dropped 51 points on Friday vs. USC. Yep, that’s 51 points - by himself - in a single game, and he did it on 14-of-24 shooting, 9-of-17 from three-point range and 14-of-17 from the free throw line. Although not many college basketball players in history have scored 50 in a game, it’s not all that surprising that Howard is now one of them. The Marquette point guard has the largest shots share out of any player in the country this season (43.9%) and the fifth-largest offensive usage (39%) as he’s basically the first, second and third scoring option for the Golden Eagles. Plus, Howard scored 40 and 38 points in games this season already. Now he gets a fast-paced matchup vs. Maryland that will be the highest-scoring game on the slate. He easily has the highest ceiling of anyone today and needs to be rostered with only four games in action.

Rose had been undervalued in DFS all season long and his price has finally caught up to his production. He put up 28 DK points for three straight games before Friday’s performance of 19 points, six rebounds, four assists and 39.5 DK points. Rose is the best wing scorer for Temple this year and he leads the Owls in offensive usage and shots share. He’s put up double-digit shots in every game this year and also provides a decent floor of rebounds and assists. Eventually, Rose’s salary may rise above Nate Pierre-Louis’ because he’s been outperforming his teammate in DFS standards over the last few games - but for now it gives us a solid value in grabbing Rose today.

The true freshman big man has looked like West Virginia’s best player at times this season with three games of 40 or more DK points so far. Unfortunately, his DFS floor is also a little lower than we’d like with 15 or less DK points in Tshiebwe’s other three games. Still, he’s been worth the risk in a massive way when he’s on. In those three games where he smashed value, Tshiebwe averaged 20 points and 15 rebounds. The 6-foot-9 forward leads the Mountaineers in rebounding rate this year and he’s formed a really good one-two punch in the frontcourt alongside Derek Culver. On this small slate, we should probably pay for Tshiebwe with a 50-50 chance he puts up 40-50 DK points and essentially puts you in the green just by rostering him. 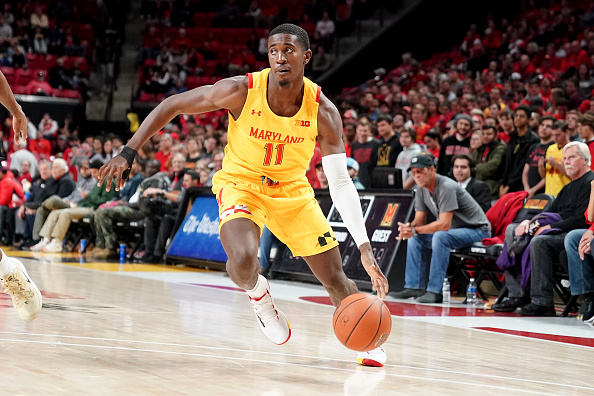 Morsell has been up-and-down this season but he’s coming off arguably the best game of his junior year. The 6-5 wing player had 13 points, 12 rebounds and 30 DK points against Harvard on Friday in a season-high 32 minutes. It was actually the third time he’s put up at least 30 DFS points this season but the first since mid-November. Still, we should expect more playing time again today because Maryland will need his defensive intensity to guard Markus Howard. Morsell doesn’t offer much upside offensively, but he can certainly return 4x or 5x value at this price tag if he’s getting 30+ minutes in what should be a fast-paced matchup vs. Marquette. Morsell rebounds very well for his size and he could be in line for another active day on the glass.

If you’re looking to round out your lineup with a cheap flier or two, Bailey seems pretty safe to provide at least 12 DFS points with the upside for 20 or more. The 6-foot-8 sophomore is a regular starter in Marquette’s rotation and while he doesn’t offer much scoring-wise, Bailey’s DFS value is born more from his knack to grab a few rebounds, dish out some assists and get some steals or blocks here and there. He can fill the stat sheet in all categories and he has higher upside to do that than other players in this price range because he’s a starter getting 20-25 minutes and is second on the team in assist rate. Plus, Bailey will have more opportunities to rack up the stats in this matchup vs. Maryland as it should be a higher-pace game with tons of possessions for both teams.