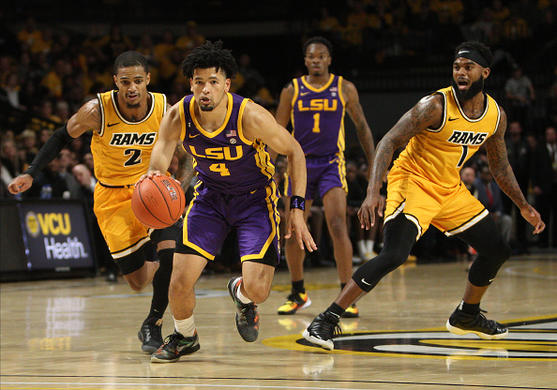 With Tremont Waters off to the NBA, Skylar Mays has become LSU’s best all-around player this season. Through the first three games, Mays is leading the team in shots share and he’s averaging 19.7 points, eight rebounds, three assists and two steals per game. Those numbers have allowed him to score at least 35 DK points in every game and that’s a DFS baseline we should expect from him moving forward as one of the team’s leading ball-handlers and the go-to scorer on offense. It’s also very encouraging to see Mays play at least 36 minutes in every game thus far, even against some easier opponents like LSU will have tonight in UMBC, which keeps...