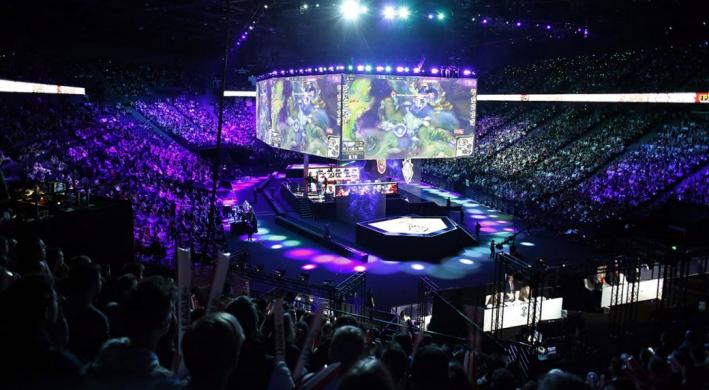 The first set of worlds matches on the 27th feature the Japanese V3 look to square off against the Chinese LGD, who have failed to find a win in their first two games. Meanwhile, the undefeated UoL look to continue their streak against the Latin America North team R7. Let’s get into it.

UoL’s triumph over PSG changes the lens in which we view Group B: Nomanz simply isn’t being punished for his playstyle, and the flexibility that Gadget lends UoL in draft phase lets them get away with a variety of early picks. This flexibility has left Nomanz’s pool of mostly scaling picks to be unpunished by teams so far: his Kassadin demolished V3, and his Orianna was solid against PSG. Going into their match against R7, Aloned is an okay mid laner, but Nomanz is a tier above the competition in group B, save for maybe Xiye when he finally turns his monitor on. I expect for Nomanz to lend another fantastic performance on the day. If you’re searching for a different captain, I think I’d have to go with AHaHaCiK, he surprised me both games on the 26th, and while I think Josedeodo is a really good, and underrated jungler, he hasn’t been able to translate his success in LLN and solo queue internationally so far, meanwhile AHaHaCiK has looked brilliant so far.

BOSS was another surprise against PSG and V3, his Camille looked absolutely brilliant and he carried his own weight on the B1 Renekton. While the game against PSG was absurdly close, I think BOSS and UoL’s playstyle in general absolutely crushes teams that aren’t prepared for the stampede. PSG was close to snapping their snowball, but UoL shut the door on them despite facing a much higher level of challenge relative to anything they’ve faced before. I fully believe UoL is free points against lower tier wild card competition, mostly off of their top side’s synergy. I really don’t like recommending a different top laner, but I thought Paz was underwhelming for V3, so I give a hesitant nod to LangX from LGD despite their abysmal start to worlds. It’s only 0-2, not the end by far.

Bugi is regarded as one of the best players on V3, and he has been quite good since his time on Flash Wolves. The issue is, no one knows if Peanut will wake up, and we are literally tip toeing around a sleeping goliath. Choices have to be made somewhere in order to save cost, and free up spots for UoL players. I think Bugi is a good choice due to the performances we’ve seen from Peanut recently. Peanut has really dropped the ball for LGD, and has received a lot of criticism from the Chinese community- truthfully, I think the pressure may crack this nut, and I lend the match-up to Bugi at this point. If you want a different jungle pick, I can only recommend AHaHaCiK. UoL spots are valuable, and I would save them, but I think Josedeodo will be unable to punish the Russian jungler, for reasons mentioned in the captain section.

In spite of LGD’s poor showing, I think Xiye is a relatively bright light in the darkness that is LGD. He played quite well against R7 before he got outscaled on Twisted Fate, and while I’d prefer for LGD to give him a higher priority for counter pick, I can’t guarantee it. I don’t think Ace is bad, but I think he’s a weaker point on the squad when compared to their really strong imports. Furthermore, his champion pool is… bland. LeBlanc, Zoe, Sett? I think these champions are exploitable, especially by a player who is typically resourceful in draft such as Xiye: I don’t think he’ll pull out a Vel’koz, but I am expecting something new if he needs to innovate once again. He is the inventor of Lucian mid lane, after all. If you haven’t picked up Nomanz yet, I sincerely encourage you to take him here, he’s too good to pass up. He showed up against Damonte and Humanoid last year, and he’s only gotten better.

ADC is a hard choice, but due to my belief that Leza is likely the worst choice, I think by proxy that causes Gadget to be the best choice. I do have a few reservations with Gadget: his team is willing to give him a bad hand in draft in order to allow Nomanz to carry the game, and I think he doesn’t have the ceiling of Archer or Kramer. However, I think his pool lends him a considerable advantage over Leza, and his roster elsewhere on the map causes Gadget to experience less pressure than an ADC who’s forced to carry the game for his team. Despite Leza’s victory over LGD, I found his performance relatively underwhelming- although he himself was also dealt a bad match-up as Ezreal into Twitch. Either way, I think Gadget is the better player with the better team. If you’re looking for a different ADC, I’d actually pick Archer over Kramer: Kramer played well against R7, but Archer is the second of the big carries of V3, and he had a fantastic game against R7 on Ashe. He didn’t do well against UoL, but with high expectations on him to carry, it’s understandable that he crumbled under the pressure.

Not going to lie, there are no really good options here. It’s not worth to spend a UoL spot on SaNTaS, not because he’s not good, but rather because point generation is relatively important here. Shadow and Raina are not really worth consideration in my mind due to their mediocre performances. Mark was a good support domestically in the LPL, who likely have the best supports in the world (shout-out PPGod) but at this point the best move is to lay down, cross your fingers, and hope LGD snap out of whatever is dragging them down at the moment. Bad choices have to be made, and Mark is making the most out of a bad situation. If you need to choose between Shadow and Raina, I’d go with Raina since his AD is solid, and I wouldn’t want to choose Shadow into UoL’s bottom lane- besides, he’s cheap!

UoL’s steam train playstyle has yet to be derailed, despite a relatively close game against PSG. They were the fastest team to qualify for worlds, and while I was skeptical of the translation of this play style to an international stage, especially in a region that didn’t seem particularly competitive, this style has led UoL to an early first place in their group. I don’t think R7 will be capable of stopping the UoL stampede through group B, they’ve overcome PSG already, and V3 will likely be easy for them to squash. Between LGD and V3, I would hope LGD wins, but realistically no one will ever be able to tell for certain, LGD are just too fickle of a team.

I was skeptical of AHaHaCik & BOSS going into worlds, but they’ve shown up nicely this worlds. Perhaps I was biased due to his performance at 2019 worlds, where a mediocre LiRa squashed the Russian jungler in the deciding match for first place in their play-in group. Nomanz has been an underrated star since the event, however, where he looked major region caliber and played very well. I think the Unicorn’s mid jungle 2v2 will remain a driving force in their match against R7, who similarly played around mid jungle to seize victory over LGD. These two are unlikely to simply roll over and die like LGD did, however.

Jungle and ADC is kind of a weird stack, but in the context of V3 I think it actually makes perfect sense: Bugi & Archer are the best players on V3, and they are both precious imports, the driving force for wildcard teams to be competitive internationally- especially for a region like Japan. Bugi in particular is facing a weakened Peanut, and while Kramer hasn’t necessarily looked bad for LGD, I think Archer will eek out a victory if LGD continue playing how they have been, but it’s ultimately impossible to know until the game has actually occurred: just how hopeless are LGD?

The biggest gap between players for LGD against V3 are in the solo lanes: Japanese solo lanes just don’t appear competitive at an international standard. Ace is just okay, and Paz has looked lost at points. I think Xiye has been the best performing player on LGD so far, and LangX has historically been a hot and cold player throughout his career. It’s not that I think these players in particular will show up, but I do think they’re good picks into the weaknesses of V3.

Betting against Peanut is like betting that a vial of nitroglycerin isn’t about to explode. He’s been the definition of coinflip throughout his career, typically on a split to split basis, but Peanut has underwent a 180 since arriving at worlds. Despite a good showing domestically in China, Peanut has been inert at the event so far. Meanwhile, Bugi has a good track record of success so far, and while Peanut’s highs far, far supersede Bugi, Bugi’s current form is greatly superior to Peanut’s. The solo laners of UoL are simply solid options, Nomanz doesn’t look challenged by the play-in mid laners, although I wish we could see a Nomanz versus Jensen match-up at some point, it’s highly unlikely. BOSS is currently out mechanic-ing many top laners, and while Acce has looked solid, I don’t think his, and R7’s slower playstyle will be able to stop the freight train that is Unicorns of Love.

V3’s imports being cheap make them a great option for filling spots in your roster on the cheap, and opening slots for UoL players. It helps that the quality of the two imports are way higher than the other 3 players, so it makes the choice of V3 players relatively easy. Nomanz is just a fantastic player and is unlikely to be challenged by Aloned’s relatively restrictive pool. Each of these guys come in with great value for their cost.