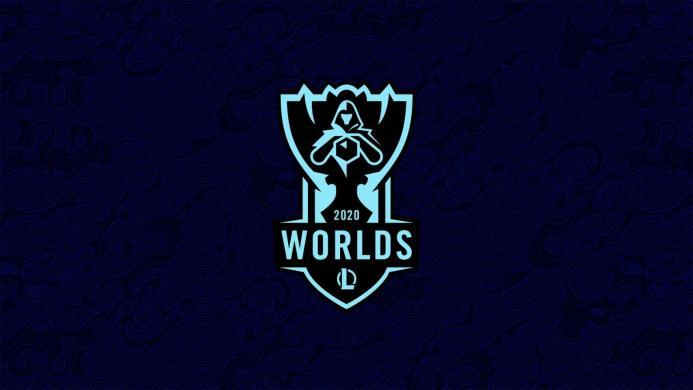 Yesterday, PSG showed that Riot may have inadvertently created a Taiwanese super team by allowing Kongyue and Uniboy to substitute for the absent starters. TL fell an awkward looking Mad Lions, and Legacy showed that their real stars may be Tally and Babip instead of their typically solid bottom lane. PSG is hard to rate, but if they can crush Chinese 4th seed LGD, we should have high hopes for them moving forward in the group stage, let’s get into it!

The choice for Tactical as captain comes down to two factors: one, Raes and Isles underperformed massively against an INTZ whose weakness was in their bottom lane. Secondly, Tactical had a fantastic performance against MAD Lions, where his fearlessness on Twitch led Team Liquid to a victory. Tactical is looking like a menace in the bottom lane, and perhaps the best ADC in play-ins as a whole. I have Team Liquid squarely beating LGC unless Babip shows up massively due to Liquid’s fantastic bottom lane. If you’re looking for a different pick, I’d actually recommend PSG’s Kongyue. UoL’s play style involves heavily around punishing mistakes (indicative of their short game time) and while I think they’re a solid team, PSG stepping up around mid/jungle causes the match-up to be stylistically favored for PSG. I’d rather not select Uniboy here, since Nomanz’s flexibility may make punishing him difficult.

BOSS is a solid weak side player, but I do think he’s a weakness of UoL: their faster pace can cause BOSS to lose a lot on the top side relative to other top laners that obtain few resources, which is mitigated as the game goes on. Furthermore, I think Hanabi has been solid since his time on Flash Wolves. I don’t think Hanabi is a fantastic player, but I do think he is the better choice of the two, and his team’s advantages elsewhere lend him a considerable advantage. I think if UoL have their early game stampede blocked by the solid mid/jungle 2v2 of PSG, their lack of experience without an advantage going into mid game will cause them to snap and crumble. If you’re looking for a different option, I really like Impact into Topoon, especially after his great performance on Friday. I think this is Impact’s redemption arc after a mediocre end to summer, and generally poor 2020 performance. The issue is, Topoon is very proficient on ranged champions, which are stylistically good into Impact’s pool & playstyle.

While many people didn’t follow the PCS very closely (myself included) many pundits point out that the substitution of both Kongyue and Uniboy is a big factor of PSG’s success: many League of Legends teams are modular in nature: jungle and mid, ADC and support, and top lane is often left to themselves. Slotting in both a mid laner and a jungler from the same team is very likely a large factor in the success of the implementation of the substitutes into PSG. Ahahacik is a quality jungler, but he isn’t a superstar and one can even make the argument that Diamondprox was the best jungler domestically. I think PSG’s mid jungle will squash UoL’s 2v2, where Nomanz is the much superior player. If PSG didn’t struggle against LGD, I have a hard time seeing a world where they will struggle against UoL. If you’re looking for a different jungle pick, I’d recommend KaKAO, who turned around an underwhelming SUP.

I think Nomanz is perennially underrated, and likely a better all-around player than Uniboy, but I think the strength of PSG’s 2v2 will mitigate any advantage Nomanz has over Uniboy. Even with the depth of Nomanz’s pool, Uniboy still beat Xiye’s Lucian as Orianna, a terrible match-up for Orianna. Additionally, it may be easy to forget, but Xiye is the original Lucian mid player, he literally invented the pick on the competitive stage. Similarly, I believe Xiye to be a better player than Uniboy, but that didn’t matter with PSG’s synergy, particularly between Uniboy and Kongyue. If you’re looking for a different option for mid lane, I think Jensen is a solid choice: his teammates are superior, and while I think Broxah is a weak jungler, I think the training weights have allowed Jensen to operate independently, and I don’t see SUP exposing this weakness in TL if MAD didn’t. He’s a good player, and I don’t think TL’s weakness in jungle will be exposed until the group stage.

With Tactical at captain, ADC is actually very difficult to pick. I’m not convinced by Dee, but I also don’t think Gadget is enough to carry the game for UoL. Between Zeitnot and Carzzy, I have to give it to Carzzy. Turkey is a hard region to judge given that finals was between SUP and… 5Ronin, a team that surged out of nowhere. Zeitnot historically has been a hot and cold player, despite being a top ADC in Europe. I think MAD’s stocks have plummeted, but there still are embers of hope in the line-up: if MAD Lions, and Carzzy, don’t show up against SUP, the consequences could be pretty dire for MAD Lions in the play-ins, and perhaps even EU as a whole. If you haven’t picked up Tactical yet, I’d highly recommend picking him up here, since there aren’t many other ADCs worth picking up.

Core is here to play. Each year is the lurking question of how domestic play will translate internationally for North America, and while that question is still certainly on the table, Liquid’s victory over MAD Lions has sent a solid precedent: Liquid is capable of showing up given the correct conditions. While both junglers looked absolutely inert, the laners of TL showed they were competitive against some of EU’s brightest. Meanwhile, LGC showed weakness in their initial matches against what was supposed to be a very weak INTZ bottom lane. Team Liquid’s bottom lane should steam roll LGC if each team played like they did on Friday. If you’re searching for a different support, Kaiwing looked fantastic against LGD, and he is a solid choice against UOL.

My Legacy hype has been stopped in its tracks due to their shaky performance against what was speculated to be either the worst, or the second worst team in play-ins (depending on where you placed V3, perhaps 3rd if you really thought PSG would go boom). Team Liquid played surprisingly well against MAD, and while I don’t think better teams will let Broxah go unpunished, especially for a first pick Lee sin, I don’t think LGC will be able to convert Babip’s superiority into a victory. I think Tactical &CoreJJ will be too tall of a task for LGC to defeat, and I solidly believe in a TL victory. If you want to invest further in PCS stocks, I think PSG will triumph over UoL, converting their momentum over defeating LGD into speed running the play-ins stage.

Tactical can do no wrong in my mind, in LCS Winner Finals, Tactical turned up the heat to lend Team Liquid a slim chance at winning over FlyQuest, and single handedly turned around games. Tactical is following in Doublelift’s footsteps of becoming an unquestionable X-Factor. Despite being the slowest team in the world, statistically, no mountain seems high enough to climb for Team Liquid as long as they have their star ADC by their side: no game seems unwinnable when Tactical is in the game. CoreJJ is the perfect partner for the young ADC, he is the brain to Tactical’s mechanical brawn, and the world champion leads Tactical through the laning phase safely. These two likely comprise the best bottom lane in play-ins, and they’re top picks on the day.

The mid/jungle of AHQ made a surprising worlds appearance on Friday, and they showed that they’re world class in their own right, despite not qualifying themselves. Shutting down Xiye and Peanut, the two superstars of LGD is extremely impressive for anyone, and especially two players from a relatively unknown region by Western standards. If these two are capable of going toe-to-toe with Xiye and Peanut, Ahahacik and Nomanz shouldn’t be any harder to defeat. They have my recommendation on the day, and may even comprise one of- if not the, best 2v2s in play-ins.

These two were the shining stars on LGC against INTZ, and while I think it’s unlikely LGC will defeat TL, if they do, it’ll be mid jungle gap all the way. Broxah has been on a downward trajectory since leaving Europe, and his failure to work well with Jensen has been a testament to that. It means something when Broxah’s biggest contribution to TL’s victory over MAD was first picking Lee sin to prevent Shad0w from taking it. Tally and Babip are solid, and worth a glance if your faith in Broxah is shattered.

Everyone was wrong about PSG, and Ahahacik is a weak point for UoL. I think Kongyue will shatter UoL’s early game playstyle and lead PSG to a victory over their Russian opponents. CoreJJ and Tactical comprise a fantastic bottom lane, and likely the 2nd best in North America, maybe even best depending on how Doublelift is feeling on the day. Each of these players comprise best in their role on the day, unless you’re a massive KaKAO fan in spite of his hot and cold performances throughout his career.

Knee jerk reaction, but PSG players are cheap, and the fashion in which PSG defeated LGD has given me great faith in their stock: it was an absolute stomp. While I think Dee may get exposed against the absolute top tier bottom lanes (in particular, if PSG has to play a qualifying match to escape play-ins), I think the other players on PSG can contend with most other players in play-ins. Hanabi is the weakest player of the list, but top laners in play-ins have looked really bad, so he will likely not get exploited by the lower tier play-in teams. Kongyue and Uniboy are both safe bets, as they shattered both INTZ and LGD, and they’re unlikely to be challenged by UoL.