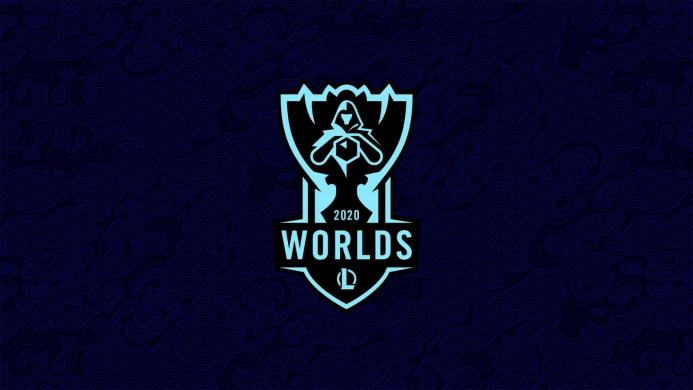 Worlds Play-Ins finally begins on Friday! Due to the cancellation of 2020 MSI, the competition is absolutely fierce as additional teams have been brought in from major regions. These teams are expected to obliterate the lower tier wildcard competition, causing the play-in stage to have an easy going environment, as several players are nearly assuredly going to rack up points!

It’s impossible to not feel bad for PSG: due to visa issues with jungler River, mid laner Tank, and ADC Unified, PSG is forced to field a 3/5ths changed roster relative to what they fielded domestically. Furthermore, PSG is staring down what’s likely the best team at worlds play-ins: the Chinese 4th seed LGD. LGD is stacked with great players: Xiye, Peanut, and Kramer just to name a few, but our choice for captain is Kramer due to the substitute for PSG, Dee, being absent from competitive for much of his career: in fact, he was on the last seen as a part of the coaching staff for Machi Esports. Either way, an LGD representative is ideal for captain here, but if Kramer looks too expensive, we would recommend the mid lane superstar Xiye. Uniboy isn’t a bad mid laner, but Xiye was a driving force in the success of PSG, and he’s expected to show up this worlds.

I think picking a sack player on the day is pretty hard, but I am comfortable choosing Impact in his match-up versus Orome for top lane. I think Orome has a rough time cracking the tough nuts in the top lane: Finn, Wunder, even Bwipo. Players who don’t necessarily need to be the win condition for their team due to star power elsewhere on the roster. I think Impact and Team Liquid fill this role well, with Impact being a historic tank player for a good amount of his career. Shen being one of Impact’s best champions is a massive aid to him as well, as Shen is one of the best top laners on the worlds patch. Either way, I think if you’re looking for a cheap part of your roster, Impact is an excellent choice on the day. If you want to spend big on top lane, I think LangX will obliterate Hanabi in top lane, due to pure gap in player skill.

I won’t lie when I say the relative “unknown-ness” of how the PSG subs will adapt to the roster makes me hesitate when recommending Peanut for the jungle role- I think Peanut is the best jungler in play-ins, but he is very expensive and we have no way of knowing what sort of strategy PSG will pursue against LGD. On the other hand, I would recommend Shad0w whole heartedly over Broxah. Broxah looked like a lagging strand of TL in play-offs, and consistently struggled against the North American junglers- many of which themselves played at a slower pace. Meanwhile, Shad0w is known as an extremely assertive force in the jungle, who is very likely going to topple the snail that is Broxah. However, I don’t think there’s any way that LGD loses to PSG, so don’t let me stop you from choosing Peanut, all I’m saying is Shad0w is cheaper and is an excellent option.

I’m always thinking about wildcard match-ups, and trying to learn more about them. Despite their poor performances in many prior international events, I think this is OCE’s time to shine. This ascension has come years in the making: the toppling of both the Dire Wolves’ and the Chiefs dynasties, the talent acquisition by major regions, and Mammoth’s fascinating performance at Worlds 2019. Legacy is likely the best team OCE has ever produced, only perhaps contended by Mammoth 2019. The newest player in the line-up and also the most interesting is mid laner Tally, who had swapped from his career of playing top lane. Tally’s pool of control mages will likely be exploited by foreign competition, but against a team like INTZ, it’s highly unlikely. Tally’s immediate success as a mid laner, and growing talent will in all likelihood be expedited by his practice against premier competition prior to the worlds play-ins stage, where LGY has had the opportunity to practice against high tier competition. INTZ is an underrated Brazilian mid laner, but at a price point of $7,400 he’s not a significant enough upgrade over Tally to warrant his acquisition. If you’re looking to spend big bucks in mid lane, we’d recommend Xiye if you haven’t picked him up for captain.

Oceanic ADCs are extremely talented: Lost, King, FBI, and Raes is the latest addition to the group. As a bottom lane, Raes and Isles crushed domestic competition and formed the best bottom lane the region has seen since the departure of King. On the other hand, in his finals performance against PAIN, It’s not hard to argue that micaO isn’t even the best ADC in Brazil with superstar brTT staying home for this event. I solidly have my bet on Raes to carry on his region’s tradition of producing ADC superstars. If you’re looking for a different pick, I would recommend Tactical over Carzzy: Tactical is really cheap, and he is likely either the best, or the 2nd best player on Liquid. Nothing wrong with Carzzy, but if TL is to beat MAD, it’s either going to be Tactical or Jensen upsetting their opponents.

Cheap! We talked a lot about Isles with Raes, and I’ll likely have to repeat myself. That being said, relative to their ADCs, OCE supports have not been as superb as their lane counterparts: Cupcake was solid, and Destiny had his champions, but both players lagged behind their ADC. I can expect Isles to be different as his pool is well developed and is on the pulse of the meta: Morgana, Lux, Lulu, and other ranged champions alongside mainstays such as Nautilus, Leona, Braum and other engage options. I have an inkling that Redbert will be one of the weaker players on INTZ this worlds, so I think Isles is a solid choice in this match-up. However, if you’re looking for a different option, I would go with Mark. CoreJJ versus Kaiser is too even of a match-up to spend money on, so I am comfortable picking the LGD option instead.

Easy. PSG’s substitutes likely make this one of the freest choices for points. While China has slowed down as a region, PSG’s roster issues has likely disabled them for worlds: like a car without its wheels, PSG are certainly incapable of making any moves for themselves. This one’s a wrap. I needn’t say much more: China is speculated to be the strongest region in this worlds, and PCS (or LMS) has struggled to keep up to their sister’s might. If you’re looking for a different option, I would actually recommend MAD over TL, since the jungle gap seems to be humongous.

OCE bottom lanes have historically been the strength of the region, but INTZ’s bottom lane has been secondary to their primary win condition of Envy. Raes is expected to be the next great OCE ADC, while micaO is still living in the shadow of brTT, the father of Brazilian League of Legends. This is likely the only time we will be able to see Raes and Isles together at an international competition due to North American dollars looking for quality foreign ADCs, especially cheap ones such as in OCE.

LGD’s Cinderella run is not so Cinderella when you see the names on the roster: LangX, Peanut, Xiye, Kramer, Mark. Aside from Mark and maybe LangX, the three carry players have contested for best in their role in their career at points domestically. While Xiye will never supersede Faker, and Kramer will never supersede Deft, Pray, or Ruler, they’re both fantastic players who are capable of stepping up to the absolute best in their role and losing gracefully. On the other hand, their opponents from PSG are likely donezo against these powerhouses. Kramer & Xiye may be meters from the best, they’re kilometers ahead of the wildcard competition.

I kind of feel strange speaking about Xiye again, but LGD’s mid jungle is a driving force in their success. Kramer is a fantastic player as we mentioned before, but Xiye and Peanut are just something different. With talent like Yagao and Knight, Xiye still holds his own despite being from a far-gone era. Similarly, Peanut can hold his own against Kanavi and SofM. These seemingly old players appear revitalized together, and we can expect great things against PSG’s substitutes on the day.

It’s a cop out, but it’s worth it: PSG has 3 substitutes, and they’re right where the best players of LGD are playing. Dee specifically is likely not even domestic caliber, much less world class. LGD will walk their way to a free win unless they troll the game and throw nearly purposefully.

Three TL picks round out top value for a specific reason: I think DraftKings algorithm doesn’t have data for wildcard competition, so much of the Australian and Brazilian players are around the same price. Meanwhile, North America is near last with Europe being just ahead of the wildcards. I think Europe’s MAD Lions will defeat Team Liquid, but these three players are worth a cursory glance to save money for some LGD players. I prefer the strategy of picking up OCE Talent, but there’s nothing wrong with slotting in an additional NA player in order to pick up Chinese talent or their Korean imports. I don’t think the EU vs NA match-up will be as one sided as people are expecting, particularly in the play-ins stage.