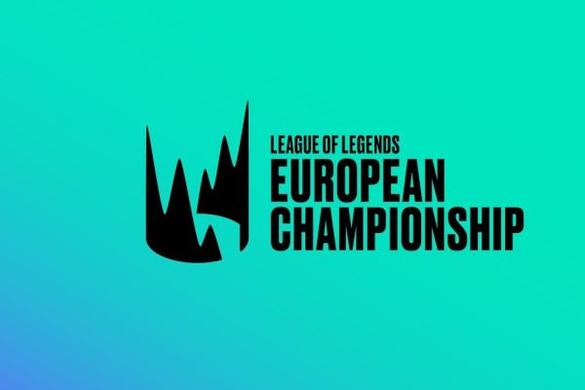 LEC begins once more on Friday, where the perennial favorites sit near the bottom, and unlikely faces claim the top spots. When looking at inconsistent showings from seemingly the best teams, it’s best to look at match-ups against teams who are certainly the worst:

On Friday, Alphari faces down Kryze, an inexperienced top laner who was promoted from the DACH regional league. Kryze is a budding star, but Alphari is a licensed killing machine. There’s just no argument at this point: Alphari is the best performing top laner in the league, despite sitting at the standings at 1-2, however his opponents on Friday sit at 0-3. Alphari has also stood consistently strong throughout Origen’s games. If you want to choose a captain in a higher economic role with an even higher propensity to pop-off, we’d refer you to Larssen. While Milica has shown to be no slouch, we do think that Larssen/Inspired is a stronger duo than Nji/Milica and is capable of brute forcing their way to victory. Foreshadowing.

Cabochard comes at a very economic price tag at $6,000, and while the elephant in the room would be his performance in 2020 Spring, this summer is a return to form for Cabochard. He has already powered through S04, FNC, and G2, three teams with very prominent top laners. At the end of all of it, he sits with an absolutely massive 8.33 KDA, atop the entire league. Finn is solid, but with Cabo at the top despite playing against better top laners, and his low price tag, we think Cabo is the guy for the job. Otherwise, if you want a completely different pick, we will once again refer you to Jenax, who is up against a very weak top laner in Dan Dan. Jenax did not do well against Orome, he did well against Wunder, a top laner much above his weight class.

While it feels bad to pick a top laner from one team and then pick a jungler from the team which faces them down, we do think that it’s worth it in this regard. The young Polish Inspired has been known to run inexperienced rookies into the ground with his relentless aggression, and across the rift sits Nji, a jungler who recently was promoted from a mediocre Vitality Bee in order to better facilitate communications between the team. Nji is a good jungler, but he provides intangibles for his team as opposed to Inspired, who will simply play the game and kill you. If you’re unconvinced by Inspired, we will encourage you to cash out on Selfmade, who has been completely crushing it this split and looks like the best jungler so far. There’s nothing wrong with either choice, but considering the price tag, we think Inspired is a little more “worth” it.

I’m just going to say it: Nukeduck is not very good. I will never lie. The waning star has been slowly dimming, but honestly I’m pretty sure that I could join Origen and beat Special. Special is by far the worst mid laner in the entire league, and with a mediocre jungler in Caedrel there’s no question about it. XL is 0-3 for a reason with a relatively solid bottom lane and a promising talent in Kryze, and that reason is Caedrel and Special. It’s likely Nukeduck rack up kills against him. That being said, another choice worth considering is Caps, who is up against Abbedagge. G2 has been looking very inconsistent, but if you really want to rack up points, Caps is a great choice. Abbedagge is one of the worst mid laners in the league, and while not as bad as Special, Caps is much above Nukeduck, and the issue is that talent comes with a big price tag. Is it worth it? Maybe, probably. If you have the cash, go for Caps, if not, Nukeduck is a really good choice too.

For the spot we cash out in, we will go with Perkz. It’s just too easy: he’s up against Innaxe, the worst ADC in the league. Nukes hasn’t been particularly great either, and Perkz is primed to crush it after his 1-2 start. Perkz is a sure thing here, and S04’s likely path to victory would appear to be a meteor crashing to earth, eradicating the human species, and ending the match in a solid “draw”. If Perkz doesn’t interest you, it may just be worth it to bank on LEC’s up and coming ADC Crownshot, who faces off against a Kobbe who hasn’t been bad, but certainly inconsistent with a very mediocre support.

Support is again a difficult one to pin down: if you went Crownshot, it’s likely worth it to select Mikyx here, but Hylissang mixes in a good amount of volatility into the line-up with his high risk high reward play style. Hylissang has higher highs than Mikyx, but much lower lows, and with an opponent like Kaiser, it is a questionable choice. That being said, we have confidence that FNC can continue on their 3-0 run and can crush MAD. But if you have the money, Mikyx is a great option too.

Once again, if you have the money: G2 is likely worth it. That being said, Fnatic is currently doing better and it’s comparing a 9.5 to a 10. Fnatic end relatively fast, they have an amazing jungler, a great bottom lane, and slumping solo lanes. G2 has been inconsistent, but they’ve won the last three championships and are facing against one of the worst teams in the league. All in all, it’s a toss-up but both are equivalently solid choices.

Larssen’s high price point deterred us from putting him in our mid list, but if you do pick both Inspired and Larssen, you’re guaranteed coverage from two positions capable of snowballing the game quickly. It was said before, but RGE’s Larssen and Inspired emphasize each other’s strengths and permit each other to be as aggressive as they want to be. They’ll kill you, and then they’ll kill you again, and again, and so on and so forth. Against VIT, Larssen may have a reasonably strong opponent in Milica, but you’d be crazy to think that Rogue aren’t the favorites coming into this match-up

It feels extremely strange to put an ADC and a jungler as a stack, but pragmatically, there’s no better pairing. FNC is off to a 3-0 start and while Hylissang, Nemesis, and Bwipo have faced inconsistency, these two are on top of it. Selfmade in particular holds a fantastic 29 KDA, and while their opponents in MAD don’t look like slouches, you cannot fight the prestige that FNC hold with them. The young upstarts in MAD will have a very hard time against the firepower coming from Selfmade and Rekkles.

ADC and Jungle? Why not go one further: ADC and top. Xerxe, Nukeduck, and Destiny have each faced criticism for their style lending Origen to their slow as molasses play style, but within this rock field holds two gems which glimmer brilliantly against the contrast of their mundane teammates. Alphari was and continues to be a force to be reckoned with in the top lane, and he defeated what was considered the best top laner in Wunder last week. Nothing stands between Alphari and the title “Best Top Lane in LEC”. Meanwhile, Upset is always the bridesmaid and never the bride. Only attending one LEC finals before losing to FNC betrays the true talent the young German holds. He’s easily among the top three ADCs in LEC, only Crownshot and Carzzy could perhaps contest him. While it’s hard to say how these two work particularly well together: Alphari lets Upset scale into his late game monster form and creates space for him, while Upset in theory should lead Alphari to a late game victory. Other pieces have stood in the way of that victory so far, but this is likely the week that Origen will secure some much needed wins against some of the bottom placing teams.

Among these, only Selfmade faces a relatively powerful opponent in Shad0w, a player known for his strength on carry junglers. Those picks lend themselves to volatility. Volatility which Selfmade can exploit. Otherwise, Caps has remained inconsistent throughout the split coming off of his fifth consecutive LEC championship, but against an opponent like Abbedagge there’s no question on who the better player is. Alphari we’ve talked enough about, he’s just the complete package.

Inspired has been a jungle genius this split, and while he has had his share of inconsistency in the past, an opponent like Nji should be no issue. Cabochard and Crownshot are two players that have been marred with bad teams in the past, but their loyalty has seemingly rewarded them this split: Cabochard with an extremely solid Greek bottom lane, and Crownshot with his new German solo laners. Each change has allowed them to avoid the deaths that follow defeat and have boosted their production and efficiency to new levels. Either way, you can’t go wrong with these underrated stars.