Chris Morais breaks down which players to add for the upcoming week in the fantasy hockey waiver wire report. 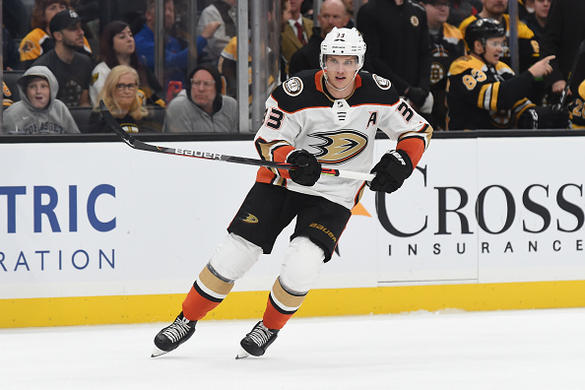 Welcome back to another fantasy hockey season! As usual, every week, the weekly waiver wire report will help you target some players that you should be adding, or monitoring, on the waiver wire. You can’t win a championship with the team you drafted, which means, you’ll need to be active on the waiver wire to help replace injured players, and other who are just not getting the job done. Let’s get right into it for this week.

It has been a real nice start to the season for veteran forward Jakob Silfverberg. The 29-year-old has seven points (4G, 3A) in eight games, 17 shots on goal and is a plus-9. The Ducks have had a great start to their season, so Silfverberg’s success is probably due to that. He’s under 20% owned on most fantasy hockey platforms, so if you need a winger short, or long-term, he’s a pretty nice option. Maybe he fades as the season goes on, but right now, he’s worth a roster spot.

K. Curran - D
ANA
Ducks signed D Kodie Curran to a two-year, $2 million contract.
Curran went undrafted after five seasons at the University of Calgary, but he eventually made a name for himself in the European leagues and could potentially carve out a substantial role with Anaheim in 2020-2021. The 30-year-old defenseman was named the best player in Sweden’s top league this past season after recording 12 goals and 37 assists in 48 games for Rogle BK Angelholm.
Added Jun 01 8:45 pm (EST)
Added Jun 01 8:45 pm (EST)