Christopher Morais provides you with a game by game breakdown and example lineups for tonight's NHL DFS main slate. 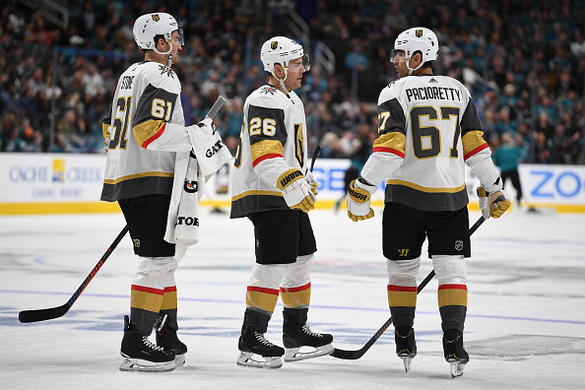 The Columbus Blue Jackets are two wins away from eliminating the Tampa Bay Lightning. This series now shifts to Columbus, and we expect the Lightning to come out hard in game three. They have something to prove to the rest of the hockey world, that their regular season success wasn’t a fluke. They’ll have to do it without the services of Nikita Kucherov, who is serving his one game suspension tonight. Despite that, there is a ton of value to exploit on both sides, so let’s dig in!

For Tampa Bay, it looks like Mathieu Joseph is going to get a chance to play on the top line with Steven Stamkos and Yanni Gourde. He’s $3200 on FD, so the savings alone is good enough for me to plug him into my lineup. He may get demoted during the game if the Lightning need a spark, but he doesn’t have to do much to hit value.

Move down the lineup, Ondrej Palat and Brayden Point are playing on the top power play unit together, so they are a nice...

T. Rask - G
BOS
Tuukka Rask and Jaroslav Halak have been named co-winners of the William M. Jennings Trophy.
The goalie tandem in Boston registered a league-low 174 team goals-against during the shortened 2019-2020 NHL regular season, which officially came to a close this week. Rask should be the primary netminder for Boston in the planned 24-team return-to-play playoff tournament.
Added Yesterday 12:26 pm (EST)
Added Yesterday 12:26 pm (EST)

L. Draisaitl - RW
EDM
Leon Draisaitl has been awarded the Art Ross Trophy.
The trophy goes to the player who leads the league in points at the end of the regular season, and the NHL officially announced on Tuesday that the 2019-2020 regular season had concluded amid the coronavirus pandemic. Draisaitl tallied a whopping 43 goals and 67 assists (110 points) in 71 games this year for the Oilers. Connor McDavid finished second on the NHL's points leaderboard with 97.
Added Yesterday 12:19 pm (EST)
Added Yesterday 12:19 pm (EST)

A. Ovechkin - F
WSH
Alex Ovechkin and David Pastrnak have been named co-winners of the Rocket Richard Trophy.
Ovechkin and Pastrnak finished tied for the NHL lead in goals with 48, though Pastrnak did appear in two more games than Ovechkin. Ovi's Capitals and Pastrnak's Bruins will both be participants in the NHL's planned 24-team return-to-play playoff tournament, which will hopefully get underway sometime in July.
Added Yesterday 12:14 pm (EST)
Added Yesterday 12:14 pm (EST)