Christopher Morais analyzes all the match-ups, statistics and provides you with example lineups for Friday's NHL DFS main slate. 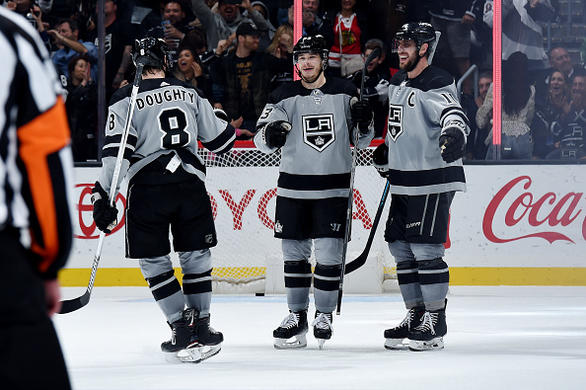 The Columbus Blue Jackets have a chance to clinch the final spot in the Eastern Conference with a win against the New York Rangers, so we can expect them to come out of the gate strong and with a purpose. As much As I’d love to see Columbus lose, it’s very unlikely that they will. The Rangers do offer some value if you want to fade the Jackets, but it’s so little that it’s almost not worth it.

For Columbus, their top line of Matt Duchene, Artemi Panarin and Cam Atkinson will be very chalk. All three play together on the top power play unit, so you can roll with all three in cash games. That being said, the trio will cost you and arm and a leg to roster, so Duchene/Panarin would be the best mini-stack option to consider.

Their second line on Pierre-Luc Dubois, Ryan Dzingel and Josh Anderson is an interesting combination. Both Dubois and Anderson play on the second power play unit, but their price tags on DK aren’t low enough to...

T. Rask - G
BOS
Tuukka Rask and Jaroslav Halak have been named co-winners of the William M. Jennings Trophy.
The goalie tandem in Boston registered a league-low 174 team goals-against during the shortened 2019-2020 NHL regular season, which officially came to a close this week. Rask should be the primary netminder for Boston in the planned 24-team return-to-play playoff tournament.
Added Yesterday 12:26 pm (EST)
Added Yesterday 12:26 pm (EST)

L. Draisaitl - RW
EDM
Leon Draisaitl has been awarded the Art Ross Trophy.
The trophy goes to the player who leads the league in points at the end of the regular season, and the NHL officially announced on Tuesday that the 2019-2020 regular season had concluded amid the coronavirus pandemic. Draisaitl tallied a whopping 43 goals and 67 assists (110 points) in 71 games this year for the Oilers. Connor McDavid finished second on the NHL's points leaderboard with 97.
Added Yesterday 12:19 pm (EST)
Added Yesterday 12:19 pm (EST)

A. Ovechkin - F
WSH
Alex Ovechkin and David Pastrnak have been named co-winners of the Rocket Richard Trophy.
Ovechkin and Pastrnak finished tied for the NHL lead in goals with 48, though Pastrnak did appear in two more games than Ovechkin. Ovi's Capitals and Pastrnak's Bruins will both be participants in the NHL's planned 24-team return-to-play playoff tournament, which will hopefully get underway sometime in July.
Added Yesterday 12:14 pm (EST)
Added Yesterday 12:14 pm (EST)