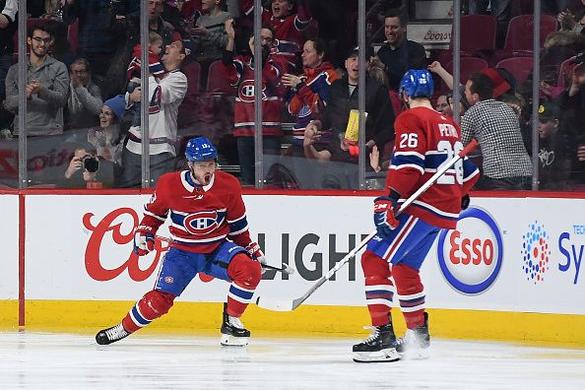 Despite it being a very large slate, there were only a few bits of news throughout the day that change things from where we were when the Playbook was published this morning. 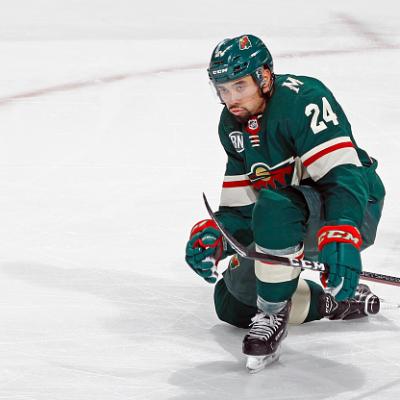 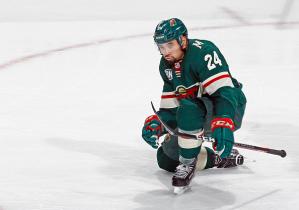 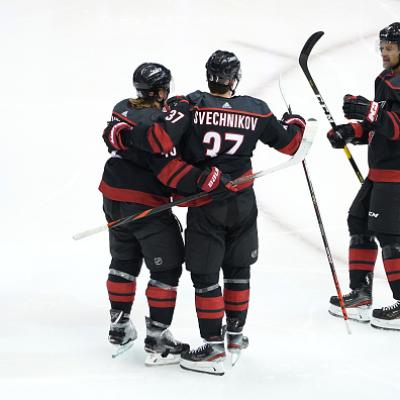 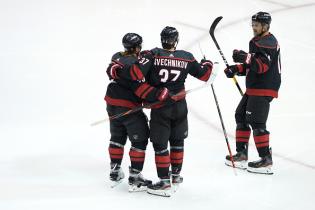 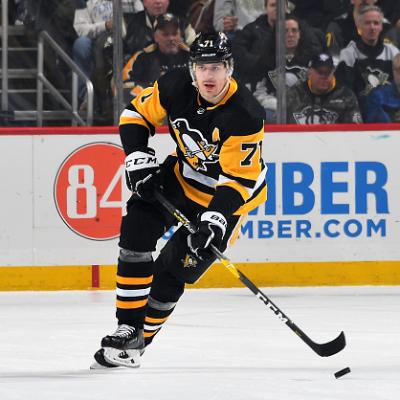 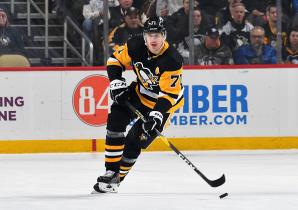 NHL Mark Scheifele held out of Game 3 on Tuesday

C. Talbot - G
CGY
Flames coach Geoff Ward was thrilled with Cam Talbot's performance in Tuesday's 6-2 win over Winnipeg.
Talbot saved 34 of 36 shots. “What can you say about our goalie? He was outstanding again,” Ward said. “When he needed to make a big save, and it seemed like he needed to make more of them tonight, he was there to do it. You need goaltending at this time of year to win, and he certainly today was a formidable guy on our team.” He has a 2-1 record, 2.02 GAA, and .925 save percentage in three playoff games this year. Ward had a big decision going into this series with both Talbot and David Rittich being viable candidates for the starting job. Ward went with Talbot and the netminder has given him no reason to question that decision.
Added 6:06 am (EST)
Added 6:06 am (EST)

N. Schmaltz - LW
ARI
Nick Schmaltz didn't play in Game 2 on Tuesday.
Schmaltz also missed Game 1 due to what's believed to be a stiff neck stemming from when he absorbed a high hit from Vegas' Ryan Reaves during Thursday's exhibition game. Schmaltz had 11 goals and 45 points in 70 regular season contests.
Added 5:58 am (EST)
Added 5:58 am (EST)

C. Fischer - F
ARI
Christian Fischer registered an assist in Nashville's 4-2 loss to Arizona on Tuesday.
It was Fischer's first career playoff point. The 23-year-old hadn't participated in a postseason series before this year. He had six goals and nine points in 56 contests in 2019-20.
Added 5:53 am (EST)
Added 5:53 am (EST)

A. Gaudette - F
VAN
Adam Gaudette was unfit to play in Game 2 against Minnesota on Tuesday night, per Canucks head coach Travis Green.
Some thought he was a healthy scratch, but that wasn't the case. Both Gaudette and Tyler Toffoli were unavailable for Game 2, but the Canucks still managed to come away with a victory. The bad news is that they also lost forwards Micheal Ferland and Antoine Roussel during Tuesday's action. Gaudette is considered day-to-day right now.
Added 2:07 am (EST)
Added 2:07 am (EST)

R. Hartman - F
MIN
Ryan Hartman suffered an injury late in Game 2 against Vancouver.
The incident took place in the third period. Hartman was pushed from behind by Canucks forward Elias Pettersson and he fell to the ice awkwardly. The team didn't provide an update on Hartman's status after the game, so we don't know how serious the injury is at this point. Game 3 will be played on Thursday afternoon.
Added 1:57 am (EST)
Added 1:57 am (EST)

A. Roussel - F
VAN
Antoine Roussel exited Game 2 against Minnesota in the third period.
Roussel was hurt after a Jake Virtanen shot caught him up high. He stayed down for a while before being helped off the ice. The Canucks were already without Tyler Toffoli in this one and they also lost Micheal Ferland in Game 2. They still managed to win the game and tie the series, 1-1. Game 3 will be played on Thursday afternoon.
Added 1:54 am (EST)
Added 1:54 am (EST)

M. Ferland - F
VAN
Micheal Ferland was unable to finish Game 2 on Tuesday night.
Ferland managed to play just 2:36 against Minnesota before exiting with an undisclosed injury. The 28-year-old already has a long injury history. He skated in just 14 games during the regular season because of concussions. He's day-to-day at this point. The Canucks were already without Tyler Toffoli in this one. Game 3 will be played on Thursday afternoon.
Added 1:49 am (EST)
Added 1:49 am (EST)