Brett Talley takes a look at the MLB match-ups and picks a few spots where you may want to stack hitters in today's DFS contests. 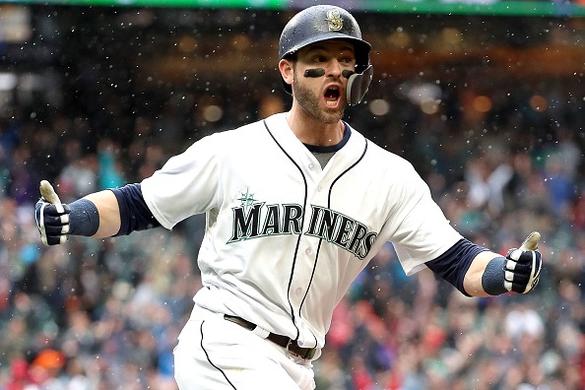 Below are stacks to consider for Thursday’s MLB DFS action.

The Astros are by far the biggest favorite of the night as -300 favorites against the visiting White Sox. Carlos Rodon will start for Chicago, and he has the highest xFIP among tonight’s probable starters both for the season and over the last 30 days. Rodon has had difficulty limiting hard contact as his soft contact rate generated is only 14 percent.

The Astros rank second in the league in wRC+ vs. LHP and have six hitters who have been at least 15 percent better than league average against lefties this season. The top of the Astros order is right-handed heavy with George Springer , Alex Bregman , José Altuve , Yuli Gurriel and Evan Gattis hitting 1-5 the last two nights. You’ll need some exposure to that group in cash games.

There was no line on the Atlanta-Milwaukee game as of this writing, but the Braves are in an obviously good spot tonight against Jhoulys Chacin . Chacin has a 4.43 ERA, 4.50 xFIP and 14.6 percent soft contact rate generated in his last five starts. Expect the Braves to have a healthy projected run total when Vegas puts a line on the game.

The Braves have six hitters with at least 100 PA against righties this season who have a wRC+ of 117 or better: Nick Markakis , Freddie Freeman , Johan Camargo , Ronald Acuna , Ozzie Albies and Kurt Suzuki . Freeman is day-to-day after being hit by a pitch yesterday but is likely to be in the lineup tonight. Hopefully he’s able to go as he’s 5-for-11 with two home runs in his career off Chacin. Those six hitters listed tend to hit 2-7 in the order when all in the lineup together, so it should be easy to string some Braves together in a stack.

With a projected run total under four tonight, the Mariners don’t figure to see heavy ownership, but they’re in a good spot against Jamie Barria and the Angles. Barria is right-handed, and the M’s rank ninth in the league in wRC+ vs. RHP. They also rank sixth in wRC+ overall in the last 30 days. Barria has an ERA over 5.00 in his last four starts with an xFIP of 4.74, a soft contact rate under 14 percent, and a strikeout rate under 20 percent.

Seattle’s best hitters against right-handed pitching are right-handed themselves, Nelson Cruz and Mitch Haniger . They hit 3-4 in the order and should be the base of a Seattle stack. Haniger has faced Barria three times and has homered off him twice. Seattle has five other hitters who have been better than average against righties this season: Ben Gamel , Jean Segura , Denard Span , Ryon Healy and Guillermo Heredia . Kyle Seager is also an option as he owns a .216 ISO against righties this season. There are plenty of options in that lineup that should allow you to fill in an M’s stack depending on the positional needs of your roster.

F. Hernández - SP
ATL
Felix Hernandez said he's decided to sit out the season because of concerns about COVID-19.
Hernandez was trying to win a spot in the Braves' rotation as a non-roster player, and he appeared to be in pretty good position this spring before the shutdown, though part of that was because Cole Hamels was sidelined. He'll probably give it another go next spring. With Hernandez out of the mix, the Braves should be looking at Sean Newcomb and Kyle Wright as possibilities at the back of the rotation.
Added Yesterday 11:17 pm (EST)
Added Yesterday 11:17 pm (EST)