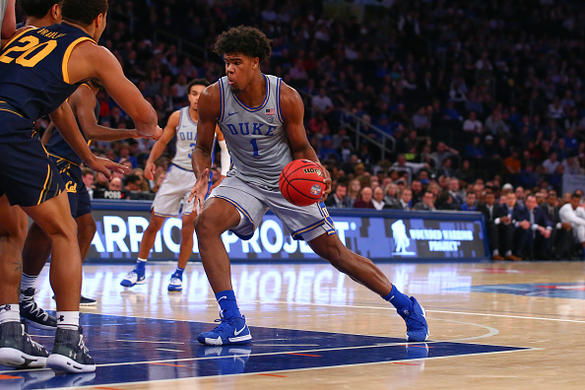 Coach K didn’t over-exert Tre Jones last night as he knew very well there would be a more competitive game just a night later. Jones should get back over his 35 minutes, and he should have plenty of success against these Georgetown guards. It’s certainly early in the season, but the Hoyas have been terrible defensively, ranking 190th in defensive efficiency of all Division 1 teams. Jones isn’t going to score 31 very often like he did a few nights ago, but he’s going to be one of the more consistent players in college basketball around that 35-40 fantasy point mark. The price on Jones has come down a bit, and he makes for a solid play in all formats.