Austyn Varney takes us through the Week 12 Saturday night slate of college football action and identifies the top plays for your DraftKings and FanDuel DFS lineups. 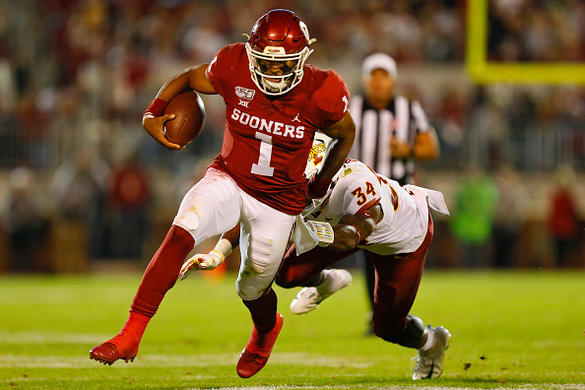 Jalen Hurts has now been over 40 DraftKings points for four weeks in a row. He did it last week with five combined touchdowns and 330 yards against Iowa State. They squeezed out a 42-41 win and will now travel to Baylor as a 10.5 point favorite in a game with a 68 over/under. That puts Oklahoma at an implied total around 40 again. Hurts hasn’t done us wrong yet and his price isn’t high enough to fade him. In cash games, you play Jalen Hurts. His safety is invaluable and this slate allows you to do it. In tournaments, you can consider fading him if you’re running multiple lineups. I will have 50% exposure in tournaments. At his price, it’s almost impossible for...