Austyn Varney takes us through the Week 5 Friday slate of college football action and identifies the top plays for your DraftKings and FanDuel DFS lineups. 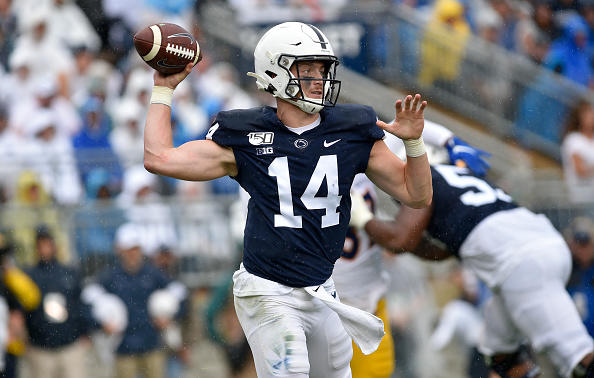 Vegas is expecting this bout between Maryland and Penn State to be the highest scoring on the slate, and Penn State is favored by seven. They’ve come out as a pass-first offense this season and haven’t disappointed. They certainly struggled against Pittsburgh, but so did a potent UCF offense a week later. This Maryland defense is a clear step down in competition and we should see Clifford get back to the end zone and over 250 yards this week. There are no high-powered offenses on this slate, so we’re looking for a few guys that get over 200 yards and score a touchdown or two. Clifford has plenty of weapons on the outside to utilize that you can pair him with in both cash games and tournaments. There isn’t too much to pay up for on this slate and Clifford is easily...