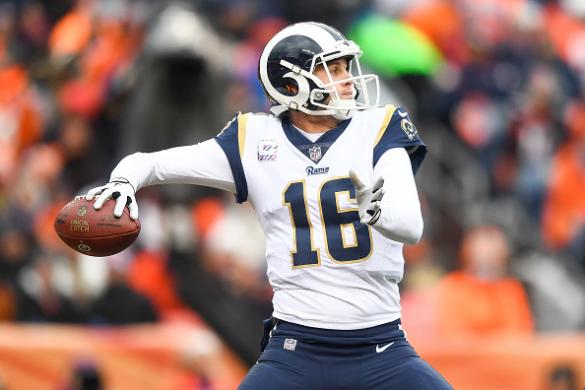 Perfection is what we strive for and I failed to deliver last week. The Chargers’ turnovers and a penalty on a field goal led to 9 points by the Panthers. An almost completed hook and ladder from Keenan Allen to Austin Ekeler would have saved the day but to no avail. My biggest mistake was not going with my instinct of taking the Browns but I listened to my head and not my heart as the Chargers did have a better probability of winning their game. The good thing is that if you’re reading this you either didn’t listen to me and took one of my alternative picks as they all panned out or you’re in a pool with multiple strikes.

Week 4 provides us with many options as there are five home teams that are favored by 7 or more and a road team that is currently the biggest favorite of the week. (Point spreads are as of Wednesday by the Westgate Superbook in Las Vegas)

All of these teams have future value so we are going to lose some value when picking one of them. If you want to gain value over the field, Houston has almost no future value and has a 68% percent chance of winning. They are 4 ½ home favorites over the 0-3 Vikings who showed signs of life last week. The Vikings are also dealing with being shut down due to Covid concerns after their game with the Titans. Not sure if I’d take that plunge but it’s an option.

The two popular picks will be the Rams and Ravens. If you are in a pool that you can take a team multiple times, either of these picks should come through easily. The Chiefs dominated the Ravens on Monday and should handle the Patriots at home, but you never know what Coach Belichick has up his sleeve. TB12 and the Bucs will be without Chris Godwin for a few weeks and this could hamper them on offense. The Packers are on a roll and the Falcons just find ways to lose. Check the status of Julio Jones and Russell Gage . If they are both out, huge advantage Packers. The depleted 49ers are home against the even more depleted Eagles who lost Dallas Goedert to a broken ankle and DeSean Jackson is questionable with a hamstring. Carson Wentz has been making poor decisions and if SF doubles Zach Ertz , his choices are severely limited.

Pick of the Week: LA Rams

The Rams are going to be the most popular pick of the week but they don’t have too much value going forward. Next week they travel to Washington which should be a win but don’t have a very favorable matchup after that until week 15 against the Jets. Ride with the masses this week. If you want to go against the masses, the 49ers are going to be very lowly owned and could provide that advantage in the unlikely event of a Rams loss. 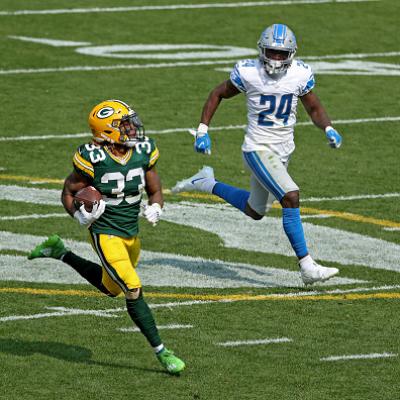 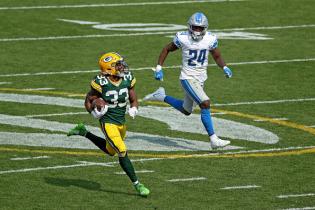 R. Gregory - DL
DAL
Cowboys activated DE Randy Gregory from the Commissioner's List.
Gregory was practicing last week and is eligible to play Week 7 against Washington. After a long stint away from the NFL, Gregory will be tasked with band-aiding the open wound in the Dallas defense. It's unknown how much juice Gregory has, but the Cowboys will take anyone at this point.
Added Yesterday 10:00 pm (EST)
Added Yesterday 10:00 pm (EST)

R. Foster - WR
GB
Washington signed WR Robert Foster, formerly of the Bills.
Foster has been a favorite on Football Twitter as a capable deep threat on the perimeter. The Alabama product has a 9.8 YPT average on 62 career targets, and those targets came from Josh Allen before he was a hipster MVP candidate. Washington's receiver depth chart is a current joke behind Terry McLaurin, so hopefully Foster can see some snaps in the second half of the season. He, of course, is not actually on the fantasy radar right now.
Added Yesterday 9:25 pm (EST)
Added Yesterday 9:25 pm (EST)

M. Ingram - RB
BAL1
NFL Network's Tom Pelissero reports Mark Ingram has been diagnosed with a "mid- to high-ankle sprain," but that it "isn't considered severe."
In other words, he has a high-ankle sprain but the Ravens are hoping he can play through it when they return from their Week 7 bye. Coach John Harbaugh has already said Ingram will "probably" suit up vs. the Steelers. Whether he plays or not, the last thing Ingram needed was something to further limit his effectiveness as he struggles to break free from the three-man rotation in the Ravens' backfield. Ingram is an increasingly tenuous hold in 12-man leagues. He is averaging nine touches and has two total touchdowns. Disappointingly for fantasy managers, it has been Gus Edwards next in line for carries, and not rookie J.K. Dobbins.
Added Yesterday 5:53 pm (EST)
Added Yesterday 5:53 pm (EST)

S. Shepard - WR
NYG1
Giants designated WR Sterling Shepard (toe) to return from injured reserve.
Coach Joe Judge has already said Shepard will likely be a game-time decision for Thursday's game against the Eagles. Shepard did practice on Tuesday. Off to a slow start before going down in Week 2, Shepard's return would nevertheless provide a big boost for struggling QB Daniel Jones while eliminating what little remains of Golden Tate's fantasy value. Shepard would be a low-end WR4 for Week 7 if he gets the go-ahead.
Added Yesterday 5:12 pm (EST)
Added Yesterday 5:12 pm (EST)

R. Penny - RB
SEA1
The Seahawks remain uncertain when Rashaad Penny (knee, PUP) may resume practicing.
“It’s not clear yet,” coach Pete Carroll said. “We’ve waited this long, we’re going to make sure these guys come back and there’s no question about their return.” The other player in "these guys" is DE Darrell Taylor. The Athletic's Michael-Shawn Dugar expected Penny to be practicing by now. Carroll has consistently projected optimism on Penny's status, but he suffered an unusually severe knee injury last December. There is a chance he ends up spending all of 2020 on the PUP list.
Added Yesterday 5:08 pm (EST)
Added Yesterday 5:08 pm (EST)

M. Mariota - QB
LV
Raiders designed QB Marcus Mariota (pec) to return from injured reserve.
This opens Mariota's three-week practice window, at the end of which he must either be activated or placed on I.R. for the remainder of the season. The former will be the outcome, and likely in fewer than three weeks. The initial thought was that Mariota may push Derek Carr in a Ryan Tannehill-type fashion, but instead Mariota had a lackluster camp before Carr got off to an excellent regular season start. There is no competition dynamic here.
Added Yesterday 5:04 pm (EST)
Added Yesterday 5:04 pm (EST)