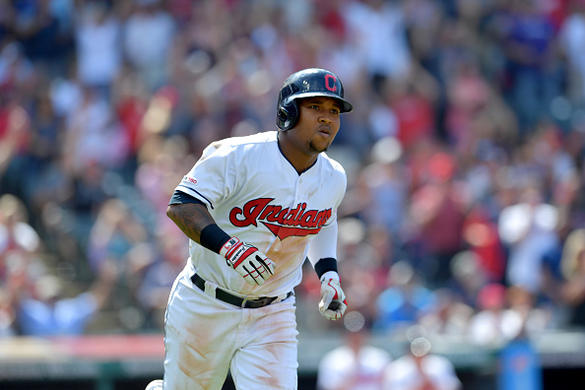 As what was supposed to be Opening Day has come and gone, we can only look forward to when baseball resumes.  The Mock Draft Army has continued to get together, formulating an ADP based upon whatever news we hear.  It’s also been a way to keep a sense of community and make sure everyone is doing well during these crazy, trying times.  There have been some trends that have taken hold, so I decided to take a look at ADPs from the first week of the MDA, the week of March 3rd which was the last week we had that was relatively normal, and this week where the expectation is that baseball will resume no earlier than Memorial Day.

First, we will take a look at the top of the draft board.  Most of it hasn’t changed with Mike Trout , Ronald Acuna, and Christian Yelich going first in various orders, but the trend has Acuna being picked first most often now.  The next three have remained stable and haven't changed over this time period. Cody Bellinger , Mookie Betts and Gerrit Cole go fourth, fifth and sixth in almost every draft.  The end of the first round varies a bit, but usually includes Jacob deGrom , Trevor Story , Francisco Lindor , Nolan Arenado , Juan Soto , and Alex Bregman .  Even throughout the next two rounds there hasn’t been much of a change.  Recently with the injuries to Chris Sale and Noah Syndergaard , there has been discussion of taking pitching later in contrast to the earlier in the year “you must take a pitcher in the first two rounds”.  We don’t see much of a change in where the pitchers are being taken except for Justin Verlander , who we’ve talked about the last two weeks.  His injury coupled with the delayed start of the season has yo-yoed his draft position.

There is one player in this group who has had his draft position change since the first mock. José Ramírez had an ADP of 26.5 the week of 2/10.  He made a move to 20.25 the week of 3/2 and this week he moved all the way up to 15.5.  What made him jump an entire round over this time frame?  Moves this big in the first three rounds are rare unless there is an injury.  Ramirez was batting .320 with two home runs and seven RBI in 25 at-bats this spring. This is giving drafters optimism that he can continue his second half surge from last year when the season gets started. His projections for a full season averaged about 30 home runs, 95 RBI and 25 stolen bases which would make him a first round pick in my opinion.  The question of his horrid first half last year kept his ADP low, and if you drafted early, you may have gotten a bargain with an early third round Ramirez pick.

Another player who had been getting a lot of attention and has seen his draft status rise over the last few weeks is Bo Bichette .  His average projections on Fangraphs have him hitting .276 with 21 homers, 85 RBI, and stealing 23 bases.  In spring training Bichette is more than living up to these expectations and maybe showing that they may be a little conservative. He is was hitting .290 with four home runs, eight RBI, with a stolen base and nine runs scored in only 31 at-bats.  This has led to some saying he should be taken ahead of Fernando Tatis, Jr. who has a second round ADP.  Bichette started out in our first week back in February with an ADP of 104.75.  This moved down to 77.75 in our drafts the week of March 2nd.  This week his ADP was down to 68.25.  In the NFBC, his ADP this week is 53.63 over 16 drafts with a pick as early as 33.  If you think you want Bichette, you’ll probably have to take him in the late fourth or early fifth round now, and this may even be too late if the trend continues.

Another player off to a hot start this spring was Franmil Reyes .  Reyes is coming off a season where he hit 37 homers but struck out a career high 28% of the time.  His average dipped to .249 from .280 but this may have been to being a little less lucky as his BABIP fell to .279 from .345 in 2018.  The drop in BABIP may also be attributed to hitting more fly balls as his FB% went up by 5%.  I’m not a believer that BABIP has “luck” as part of its factor.  I looked at BABIP in depth last year and there is a direct correlation to the ratio of line drives, ground balls, and fly balls.  The more fly balls you hit, the lower your BABIP tends to be and the opposite for line drives.  Reyes had the same LD% last year, but saw the increase of fly balls and therefore his BABIP dropped.  In the early mocks his ADP was 158.75 which, considering he’s projected for about 35 home runs and 100 RBI, is amazing that you can get those stats in the 15th round of a 12 team draft.  He has moved the ticker with a strong spring, but not as much as Bichette.  His ADP this week was 131.25, a full two rounds earlier.  The Army seems to be a bit behind in the Reyes love fest as his ADP from the same period in the NFBC is 118 with the earliest pick being 87.  This is another player the Army must get in on earlier than they expected to if they want Reyes’ power.

One player who I am not in on, but is a favorite amongst the masses is Luis Robert .  I covered Robert a few weeks ago as a riser and his stock continues to rise.  His ADP has gone from 139.5 to 105.75 to 89.25 in our mocks.  Robert is expected to be a 20/20 player as a rookie, and the stolen base potential is what is driving his price up.  Last year we saw Vlad Guerrero Jr. being taken early and not live up to his ADP.  If Robert steals, his price will be justified in this era of few stolen bases, but I’m not taking the risk.  Our ADP is right in line with the NFBC’s of 81 making Robert a late seventh, early eighth round pick.  Over the same time frame, the following players all have a higher ADP than Robert: Ramón Laureano , Gary Sánchez , Nick Castellanos , Marcell Ozuna , Jorge Soler , Marcus Semien , and Eddie Rosario .  It’s your call.

There is one last player who has taken a significant leap since we started mocking.  In the first week he was only picked in three of the four mocks and had an ADP of 278 in those three.  Then things began to change as his ADP moved to 226.5 the week of 3/2.  This week his ADP was 191.25.  Is it his spring training? He’s only batting .042 but he is a veteran, who is expected to have a full time role with a new team this year.  He had a strong season last year with a team that struggled offensively batting .270 with 22 HRs and 86 RBI.  This is Starlin Castro .  I believe people realized that as they looked at the second base position, they saw an opportunity to grab an everyday second baseman late who would provide a decent stat line so late in drafts.  This caught on, and his stock has been rising since.  His inability to hit this spring can be chalked up to “he’s a veteran” and he has a track record, so his stock hasn’t suffered.  Castro was a great pickup in the reserve rounds of drafts early on, but you need to take him much earlier now.

We hope you are staying safe during all that is going on.  Please stay home and go out as little as possible.  My colleagues at the hospital I work at are putting their well being at risk to help those afflicted get better.  If you haven’t joined in on one of our mocks, please do if you need some fun during this down time.  We talk about baseball and pretty much anything else that comes up.  Follow me on twitter @gasdoc_spit and feel free to hit me up with any fantasy baseball related questions.  The Mock Draft Army schedule usually comes out on Saturday or Sunday for the following week, so check my twitter feed or the website on RTSports for the times and join us!

W. Craig - 1B
PIT
Pirates designated 1B Will Craig for assignment.
Ashton Goudeau, claimed off waivers from the Rockies on Wednesday, will fill the vacant 40-man roster spot. Craig, 26, went 0-for-4 with a strikeout in his first taste of MLB action this past season in Pittsburgh.
Added 3:18 pm (EST)
Added 3:18 pm (EST)

A. Cimber - RP
CLE
Indians designated RHP Adam Cimber for assignment.
The move clears out a 40-man roster spot for Jordan Humphreys, who was claimed off waivers from the Giants on Wednesday. Cimber has posted a 4.37 ERA over his last 68 major league innings between 2019-2020.
Added 3:15 pm (EST)
Added 3:15 pm (EST)

R. Núñez - 1B
BAL1
Orioles released 1B/DH Renato Nunez.
Nunez went unclaimed on waivers, but he should now command multiple offers in free agency after putting up a strong .816 OPS with 12 home runs and 31 RBI over 52 games for Baltimore during the shortened 2020 campaign. NL teams may have been hesitant to claim him given the still-uncertain DH situation for 2021.
Added 3:10 pm (EST)
Added 3:10 pm (EST)

J. Humphreys - SP
CLE
Indians claimed RHP Jordan Humphreys off waivers from the Giants.
Humphreys was designated for assignment by the Giants last week. The 24-year-old has yet to appear in a major league game but owns a promising 2.60 ERA with 177 strikeouts in 169 2/3 career minor league innings.
Added 3:06 pm (EST)
Added 3:06 pm (EST)

C. Shaw - LF
BAL
Orioles claimed 1B/OF Chris Shaw off waivers from the Giants.
Thomas Eshelman has been designated for assignment by Baltimore in a corresponding roster move. Shaw, 27, has put up strong numbers in the upper minors but is a career .153/.244/.222 hitter at the MLB level.
Added 3:03 pm (EST)
Added 3:03 pm (EST)

J. Guerra - RP
ARI
Diamondbacks released RHP Junior Guerra.
Guerra was designated for assignment by the D-backs last Friday and will now officially hit the free agent market. The 35-year-old native of Venezuela has enjoyed some success in the majors, working as both a starter and reliever, so there should be offers out there for him this winter. He registered a 3.04 ERA with 21 strikeouts over 23 2/3 innings during MLB's condensed 2020 campaign, and he earned three saves for Arizona in 2019.
Added 2:51 pm (EST)
Added 2:51 pm (EST)