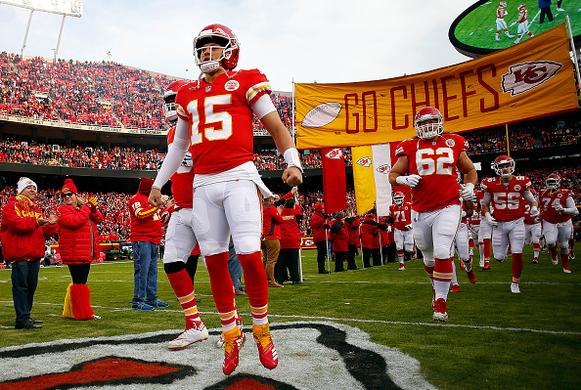 I was standing in the concourse of Lincoln Financial Field watching the Saints/Vikings game hoping for a Saints win.  Why? I don’t like being wrong, but in this field, it happens.  Let’s get back on track and see who can get you to conference championship week in your survivor pools.

Game one pits the 7 point home favorite 49ers against the Vikings.  As those who picked the Saints last week painfully know, the Vikings defense played well and they welcomed back a healthy Dalvin Cook who scored twice.  Kirk Cousins ’ perfect pass to Adam Thielen in overtime was the difference and Cousins erased the “can’t win a big one” tag.  Can he do it again?  The 49ers’ defense will have something to do about it.  San Francisco will rely on their defensive front to put pressure on Cousins while also attempting to contain Cook.  On offense, can the 49ers’ offensive line keep Jimmy Garropolo upright by limiting the rushes of Danielle Hunter and Everson Griffen ?  This game has the lowest total on the board, and with the 7 point spread it’s predicted that the 49ers will win 26-19.  I’m going with the 49ers and think the game will go over 44 ½ but the Vikings keep it close.

The second game on Saturday has the Ravens a 9 ½ point favorite over the Titans.  The Titans upset the Patriots in Foxboro last week, but it didn’t come as much of a surprise.  They controlled the game on the ground with Derrick Henry who has run for almost 400 yards over the last two games after he returned from his hamstring injury.  To keep this close the Titans will have to play a mistake free game on offense.  The Ravens have looked unbeatable with likely MVP Lamar Jackson leading the way.  There is concern with injuries to both Mark Andrews and Mark Ingram .  Monitor their injury status as the week progresses if you are considering the Ravens.  Ingram did not practice on Tuesday and Andrews was limited.  Look for the Ravens to take this one and cover the spread if both Ingram and Andrews play.

On Sunday the Chiefs take on the Texans and match the Ravens as the biggest favorites of the weekend at 9 ½.  The Texans fell behind the Bills early but managed to pull out a victory thanks to the magical spin move by Deshaun Watson .  Without Will Fuller the Texans offense is not the same but Fuller is reported to be likely to suit up on Sunday.  They will need all the offense they can get against the Chiefs.  The Texans gave up the 9th most fantasy points per game to tight ends this season.  Expect Travis Kelce to play a major role in this one.  The Chiefs will win this one easily.

The last game of the weekend is the one with the smallest spread with the Packers a 4 point favorite over the Seahawks at Lambeau.  Seattle will have a tougher time this week assuming Clowney doesn’t take out Rodgers (no, I’m not a disgruntled Eagles fan lol).  Green Bay is in the middle of the pack against the pass and towards the bottom of the league against the run.  Look for Seattle to work in Marshawn Lynch a bit more to take advantage of the Packers’ weakness.  Green Bay has been Jekyll and Hyde with its use of Aaron Jones and we’ll see what Matt LaFleur has in store for the Seahawks defense.  Davante Adams has been the only reliable receiver for the Packers and he should be targeted often by Rodgers.  This should be a close game and can go either way.  I’ll go with the Packers, but it’s my lowest confidence pick.

I’m taking the Chiefs this week as I don’t see the Texans having enough to upset them in Kansas City.  In order my picks would be Chiefs/Ravens/49ers/Packers.  Good luck this week!

E. Apple - DB
NO
Panthers signed CB Eli Apple to a one-year contract.
It's been 56 days since Apple's Raiders deal fell apart, and 71 days since he first agreed to terms with Las Vegas. Apple's public interest had been dead silent since the Raiders backed out of their agreement, but it is impossible to know what goes on behind the scenes of the coronavirus-affected market. Even though former first-rounder Apple has mostly been replacement-level to this point in his career, it's a nice addition for the Panthers' undermanned and unproven cornerback group. Apple is still three months shy of his 25th birthday despite entering the league in 2016. He could be a 1,000-snap player in Charlotte.
Added 7:36 pm (EST)
Added 7:36 pm (EST)

M. Judon - LB
BAL
Ravens re-signed LB Matt Judon to a one-year, $16.27 million contract.
Judon was labeled as a tag-and-trade possibility, but the draft came and went with nary a peep about Judon moving. Perhaps the Ravens would rather just go all in on 2020. The sides still have well over a month to come to a long-term agreement. Judon is no one's idea of a truly elite pass rusher, but he has 24.5 sacks over the past three seasons. Seeing as Judon is already going on 28, it wouldn't be shocking were the Ravens to let Judon walk after playing out his one-year tender.
Added 7:32 pm (EST)
Added 7:32 pm (EST)

E. Apple - DB
NO
Panthers signed CB Eli Apple to a one-year contract.
It's been 56 days since Apple's Raiders deal fell apart, and 71 days since he first agreed to terms with Las Vegas. Apple's public interest had been dead silent since the Raiders backed out of their agreement, but it is impossible to know what goes on behind the scenes of the coronavirus-affected market. Even though former first-rounder Apple has mostly been replacement-level to this point in his career, it's a nice addition for the Panthers' undermanned and unproven cornerback group. Apple is still three months shy of his 25th birthday despite entering the league in 2016. He could be a 1,000-snap player in Charlotte.
Added 5:56 pm (EST)
Added 5:56 pm (EST)

D. Hopkins - WR
ARI
Speaking Thursday, DeAndre Hopkins said he expects to post better numbers in Arizona.
"So myself, being a receiver, of course I see my stats going up," Hopkins said of Kliff Kingsbury's pass-friendly attack. "But I definitely see myself having one of my more productive seasons." Hopkins slumped to three-year lows across the board last season as the Texans seemed oddly stagnant on offense. Hopkins fills a massive need as a bonafide No. 1 receiver for Kingsbury and Kyler Murray. The Cardinals want to run four-wide attacks and get the ball down field. Personnel made it difficult to do in 2019. Hopkins changes the game for 2020. He's a safe top-five option at wide receiver, with the upside for a No. 1 overall finish.
Added 4:51 pm (EST)
Added 4:51 pm (EST)

P. Mahomes - QB
KC
The NFL announced Thursday that EA Sports will remain its exclusive video-game producer through at least 2025.
The NFL actually opened up the bidding this time around, but EA will remain the league's exclusive home, as it has been since an agreement was struck in 2004. NFL spokesman Brian Rolapp said the competition was not close. “EA made the most compelling case,” Rolapp said. "And beat out the competition pretty soundly.” EA reportedly unveiled a “plan of innovation for the next handful of years." A lack of innovation has been a common criticism, but too much innovation leads to things like the vision cone. Hopefully a happy medium can be found in the next few years.
Added 4:37 pm (EST)
Added 4:37 pm (EST)

N. O'Leary - TE
LV
Raiders placed TE Nick O'Leary on the reserve/NFI list, ending his season.
It means O'Leary got hurt working out on his own. O'Leary was signed as offseason depth on March 21. His loss won't be felt in the Raiders' deep tight end corps. Provided he is not dealing with something like a torn ACL or ruptured Achilles' tendon, 27-year-old O'Leary will likely end up getting cut loose with an injury settlement.
Added 4:35 pm (EST)
Added 4:35 pm (EST)

J. Hill - RB
BAL
Speaking in a Thursday Zoom session, Ravens coach John Harbaugh said he envisions roles for all four of his running backs.
That is Mark Ingram, J.K. Dobbins, Gus Edwards and Justice Hill for those keeping score at home. Harbaugh's comments came in the context of discussing Hill, whom he said he expected to "make a big jump" in 2020. "Is that really a problem?" Harbaugh asked rhetorically. "Having four guys who can break long runs and make guys miss?" They're encouraging comments for those holding onto Hill in dynasty leagues, but the reality is, it is going to be very tough for Hill to carve out a meaningful role behind Ingram and Dobbins, especially since Dobbins can also catch passes. Lamar Jackson also barely targeted his running backs in 2019. Hill remains six months shy of his 23rd birthday, but his role in the Ravens' scheme of things is hard to spot right now. He needs to run circles around Dobbins on third downs this summer.
Added 4:24 pm (EST)
Added 4:24 pm (EST) 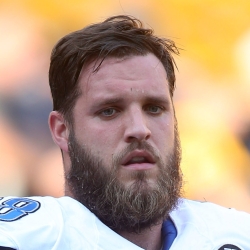 T. Decker - OT
DET
Contract-year Lions LT Taylor Decker said he has yet to have "major" extension talks with the team.
This will be a tough one for the Lions, as the No. 16 overall pick of the 2016 draft has essentially been replacement level on Matthew Stafford's blindside. That is not to say bad, but truly replacement level. Playing on his fifth-year team option, 2020 will be Decker's age-27 campaign. Decker missed a 2019 contest with a minor back issue.
Added 3:18 pm (EST)
Added 3:18 pm (EST)