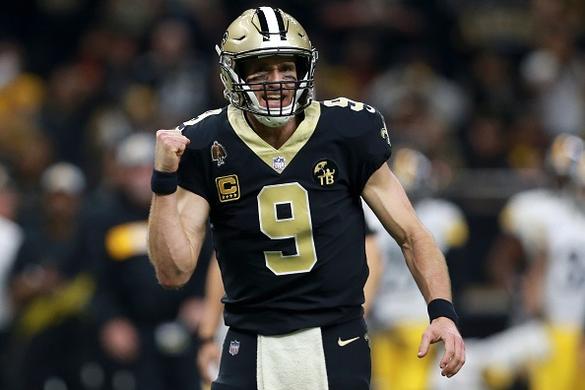 Whether you’re starting a new pool or are still battling in your season long pool with the picks being reset, let’s take a dive into the four games this week.

Saturday’s first game pits the Texans hosting the Bills as 2 ½ point favorites.  In what should be a relatively low scoring affair, Josh Allen makes his playoff debut and Deshaun Watson his second.  The Bills defense has been excellent against the pass led by Tre’Davious White.  Can Watson and DeAndre Hopkins combine for enough in this tough matchup? Will Fuller continues to be made of paper mache but may return this week.  Will the Texans be able to balance their attack with Carlos Hyde and Duke Johnson ?  The Bills can defend the run as well and the Texans may struggle on offense.  Do the Bills have enough on offense to counter Watson, Hyde and Hopkins? The Texans defense may also get a boost from the expected return of J.J. Watt which could put some pressure on Allen.  This is an even matchup with the exception of home field advantage.  I’m not touching this game in a survivor pool, but will lean Texans here as they just have superior offensive weapons.

The second game pits the 5 ½ point favorite Patriots at home against the Titans.  New England is playing in a wild card game for the first time since 2009 when they were trounced by the Ravens at home.  Their offense has struggled over the last month of the season and their defense hasn’t come up with as many big plays as earlier in the year. Tom Brady appears to have trouble throwing the ball deep and is relying on Julian Edelman in the passing game.  Rex Burkhead has had a resurgence late in the year and has helped boost a struggling running attack.  The Titans, on the other hand, have flourished since Ryan Tannehill took over for Marcus Mariota and have been led by the running of Derrick Henry . Henry returned to the lineup in week 17 after being sat in week 16 to rest his ailing hamstring. AJ Brown has made the most of his targets but may see a lot of Stephon Gilmore and could struggle.  In the end I see New England prevailing at home, but if the Titans can control the clock with their ground game, they could pull off an upset.

On Sunday, the first game features the biggest favorites of the weekend, with the Saints an 8 point favorite over the visiting Vikings.  The Saints have been playing well and the Brees/Thomas train keeps on rolling.  Alvin Kamara has also found the end zone four times in the last two weeks after not finding it since week 3.  The Vikings have struggled a bit since the injury to Dalvin Cook , but are expecting him back for the game.  Will Cook be able to play the entire game or will this nagging injury get dinged again and force him out of the game?  Alexander Mattison has also been out and week 16 disaster Mike Boone will have to lead the way again if Cook can’t go.  Boone looked good in week 17 against the Bears but will he be able to do it against a good Saints defense?  The Vikings passing game has not been what it has been in the past.  Adam Theilen has not made an impact after returning from his injury and Stefon Diggs , who has not had a big game recently, will go up against Marshon Lattimore .  Can Cousins go into the big easy and steal one for the Vikings?  I don’t think so.  The Saints take this one in revenge for the Diggs miracle two years ago.

The last game of the weekend brings us to Philadelphia.  The Eagles opened as favorites but the line has moved to the Seahawks side by a point.  Seattle came to Philly and beat a struggling Eagles team at the time just before Thanksgiving.  The Eagles held the Seahawks to 17 points but could only muster 3 field goals.  What Carson Wentz has done over the last month with basically a practice squad on offense is remarkable but the Seahawks are not the Giants or Redskins on defense. Boston Scott had a tremendous game last week but the Eagles are hoping Miles Sanders’ ankle will allow him to suit up. Seattle has its own issues with injuries to their running backs but I don’t think this hurts them as much as you would think as the Eagles are very good against the run.  Rashaad Penny had a huge game in the last meeting, but don’t expect a game like that from Marshawn Lynch and company.  Chris Carson was the leading receiver with 4 catches in the last meeting, but expect Tyler Lockett and D.K. Metcalf to be leaned upon more against a defensive backfield that struggles for the Eagles. Seattle takes this one and moves on to a rematch against the 49ers.

My confidence pick is the Saints.  In this format, or if you just have to keep going in your season long pool, taking chances wouldn’t be what I’d do.  I’d keep the train moving and move on to next week.  If you want to pivot off the Saints, I’d probably go New England/Seattle/Houston in that order.  I think Belichick will out coach Vrable and not let Tannehill beat them even if Henry has a good game.  Good luck!