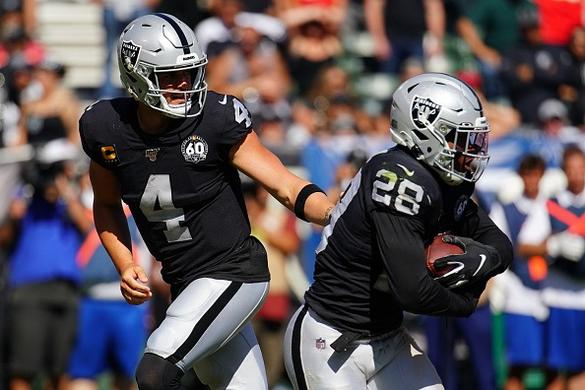 The Dolphins and Falcons took down the world of survivor pools. Like an F5 tornado, their wins wiped out roughly 27,000 people in the Yahoo pool. If you are one of the fortunate or shall we say smart ones who avoided the decimation then you are in contention to win for sure. My home pool went from 51 to just 4. Let’s see what the options are for this week. My approach going forward is to cover several games as all who are left traveled a different path than the one I’ve set forth here. My goal is to help you navigate yourself to a win.

We have three teams this week that are home favorites by at least 10. The Vikings hosting the Broncos are 10 ½ point favorites. The Vikings are coming off a huge win in Dallas and have been playing well. Dalvin Cook looks like an MVP candidate leading the rushing attack for Minnesota. The Broncos rank in the middle of the pack for run defense allowing 107.6 ypg. With Adam Thielen expected to miss another week, expect more of the same from the Vikes. The Broncos come off a bye but with their QB situation, not much is expected from their offense. I don’t expect them to be able to out score Minnesota, making the Vikings a very viable pick this week.

San Francisco takes on the Cardinals for the 2nd time in three weeks and this time at home. The 49ers come off their first loss of the season on Monday. They may be without Matt Breida , George Kittle , and/or Emmanuel Sanders . It’s a short week for them also. The Cardinals made the game close scoring 11 4th quarter points in the last meeting and only lost by 3. Can Arizona do it on the road?  Kyler Murray had a big game last week connecting with Christian Kirk for 3 TDs. David Johnson struggled in his return. San Francisco’s defense should be up to the task to hold off the Cardinals again but the game may be closer than the 11 points the 49ers are favored by.

The popular pick this week will be the Raiders who are 10 point favorites over the hapless Bengals in Oakland. Josh Jacobs should have a field day running against the 32nd ranked rushing defense.  Derek Carr is playing well, limiting his mistakes and spreading the ball around to his receivers. When the talk of the week is that the Bengals should consider signing Colin Kaepernick , the Bengals have a problem.

The Panthers host the Falcons who are coming off one of the biggest, if not the biggest upset of the year.  What happened? No one knows, but I don’t think the Falcons are good enough to win two consecutive games on the road.  They have no running game and will be relying on Brian Hill to boot. Also where did this defense come from? The Panthers will use their superman CMC to control the game on the ground while having Kyle Allen find DJ Moore and Greg Olsen in the passing game.  Is this a slam dunk? By no means, but the Panthers should win this one.

Another team that has been already used by most are the Cowboys.  Pretty simple here. If Stafford is out again and you still have the Cowboys to use, use them here.

Lastly, the Saints screwed us all over last week.  They travel to Tampa to take on the Bucs. They are too good of a team to not bounce back.  The defense is where they take control and win the game. I’m sure you’ll be gun shy, but the Saints can get you a win over Jameis and company.

Pickings are slim going into week 11. Most have already used the 49ers.  A fair number probably have taken the Vikings but few, if any, have used the Raiders.  The Raiders have risk, just because they aren’t a dominant team and have the potential to implode, but the Bengals are awful. The Raiders are the pick this week. 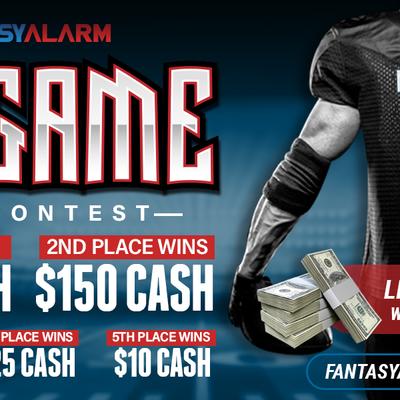 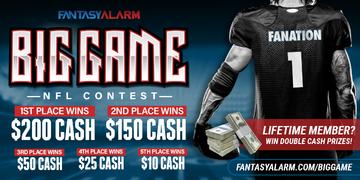 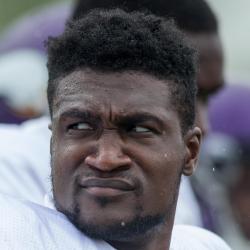 R. Davis - WR
TEN
Davis recorded one reception for 16 yards across one game in 2019 for the Titans. He also contributed two punt returns for 10 yards on special teams.
For a full breakdown and detailed player analysis GO PRO and join the Fantasy Alarm Family! CLICK HERE to unlock your PRO package and take advantage of instant savings!
Added 9:15 pm (EST)

B. Jackson - WR
CLE
Jackson (knee) made the final roster of the Houston Roughnecks of the XFL.
For a full breakdown and detailed player analysis GO PRO and join the Fantasy Alarm Family! CLICK HERE to unlock your PRO package and take advantage of instant savings!
Added 8:41 pm (EST)