Adam Ronis takes a look at the offensive skill players who have changed uniforms this offseason and what their potential impact on their new team may bring to fantasy football owners in 2020. 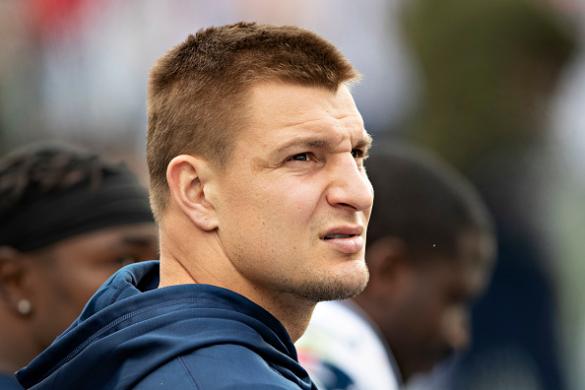 It was a wild off-season with some big name players changing teams. Tom Brady is no longer with the Patriots and Rob Gronkowski is back after taking a year off. DeAndre Hopkins , one of the best wide receivers in the NFL over the last few seasons, was traded to Arizona. Several running backs coming off disappointing seasons are with new teams.

The pandemic has altered the workouts and practices of teams and continuity is more important than ever. The preseason has already been cut to two games with the possibility that those games don't get played either. There's always risk with players acclimating to new environments and it will be more difficult than ever in 2020. Here are some of the top players that have changed teams.

Brady surprised many by signing with the Buccaneers. He will be 43 when the season starts and coming off a season in which he only averaged 6.6 yards per attempt. Brady didn't have the best supporting...

Unlock this feature with The Fantasy Football Draft Guide and dominate your drafts!

K. Vaughn - RB
TB1
Ke'Shawn Vaughn remains on the Bucs' reserve/COVID-19 list.
The assembled Bucs media thought it spotted Vaughn at Thursday's practice, but there has been some kind of disconnect. The third-round rookie is falling further and further behind when it comes to time to put pressure on Ronald Jones, though he does figure to be activated in the near future.
Added 6:59 pm (EST)
Added 6:59 pm (EST)

M. Stewart - DB
TB
Bucs waived CB M.J. Stewart.
The No. 53 overall pick of the 2018 draft, Stewart's Bucs career was plagued by injury and ineffectiveness. He missed six games with a foot issue in 2018 and five with a knee in 2019. One month shy of his 25th birthday, Stewart's second-round pedigree means he is typically the type of player who would get a second chance, but roster spots are at an extreme premium this year.
Added 5:08 pm (EST)
Added 5:08 pm (EST)

C. Rogers - WR
IND
The Miami Herald reports free agent Chester Rogers has worked out for the Dolphins.
As has Ricardo Louis. With Allen Hurns and Albert Wilson both opted out, the Dolphins are severely shorthanded at receiver. This is the first we have heard of Rogers since he fractured his kneecap early last December for the Colts. The owner of 111 catches over the past four years, Rogers also offers special teams value as a return man.
Added 4:44 pm (EST)
Added 4:44 pm (EST)

J. Doctson - WR
NYJ
Jets WR Josh Doctson has opted out of the 2020 NFL season.
Doctson was among a handful of players who opted out just before the 4 p.m. deadline. A former first round pick, Doctson would not have been a fantasy factor this season barring a rash of Gang Green wideout injuries. Doctson played in one game for the Vikings last year after three disappointing seasons in Washington.
Added 4:34 pm (EST)
Added 4:34 pm (EST)

M. Crosby - DL
LV
Raiders placed DE Maxx Crosby on the reserve/COVID-19 list.
It's unclear if Crosby has coronavirus or has merely come into contact with someone who does. The No. 106 overall pick of last year's draft, Crosby had a sensational rookie year, registering 10 sacks and four forced fumbles. He still has over a month to get conditioned for Week 1.
Added 4:27 pm (EST)
Added 4:27 pm (EST)

K. Vaughn - RB
TB1
Bucs activated RB Ke'Shawn Vaughn from the reserve/COVID-19 list.
RB Raymond Calais and RB Aca'Cedric Ware also came off the team's COVID-19 list. Vaughn returns to action a day after Bucs HC Bruce Arians said RB Ronald Jones would be the "main guy" in the Tampa backfield. Vaughn's ADP has dipped into the eighth round of 12-team leagues. With a further ADP drop, the rookie is shaping up as a solid stash in redraft leagues, especially for those who don't put much stock in Arians' backfield proclamations.
Added 4:21 pm (EST)
Added 4:21 pm (EST)