Andrew Dewhirst reacts to the breaking news that the NHL and NHLPA have agreed to a return plan that would result in a 24 team playoff format. 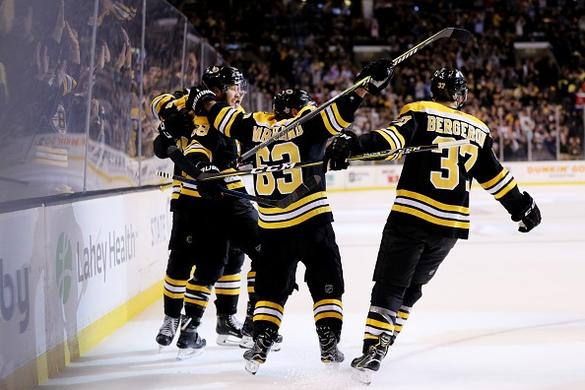 It’s official, the NHL and the NHLPA have agreed to return to play with a 24 team tournament! The regular season will end as is and we will have a 24 team playoff. This is the format, as we know it today. The top 4 teams from each conference will play a round-robin tournament to decide seeding in each conference, and we will see a best of 5 series with the remaining 16 teams. These are the tentative matchups. I call these tentative, as these matchups that have been proposed, but this is yet to be finalized by the NHL, and they don’t’ directly match up to the current standings.

While last night’s NHLPA executive committee conference call got a little heated at times, and various individual players still have a wide variety of views on the NHL’s RTP format, the exec committee vote by team is expected to result in NHLPA approval of the NHL plan.

As per @FriedgeHNIC and @reporterchris, the NHL and NHLPA are working on various Stanley Cup Playoff scenarios. Here's what a 24-team, conference-based setup with a play-in round could potentially look like.

If these are the matchups that we see play out, there will be some fun series to follow and storylines that will go along with them. We do not yet know where these games will be played, NHL Commissioner Gary Bettman was quoted earlier in the week noting that they are looking at "probably eight or nine different places" that can accommodate "a dozen or so teams in one location". Buckle up! Hockey is coming back, and when it does it will be coming at your quickly with a lot of games to play in what is likely to be a condensed schedule. 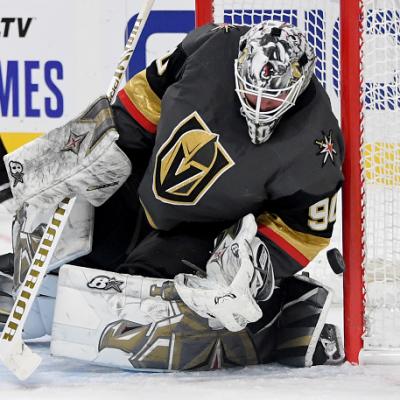 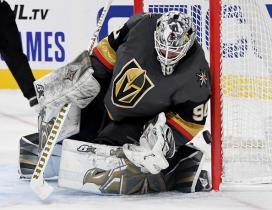 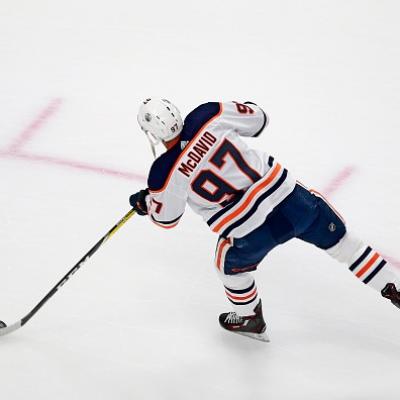 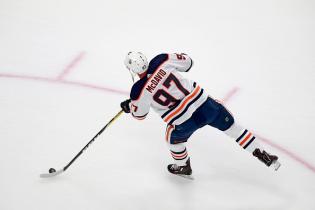 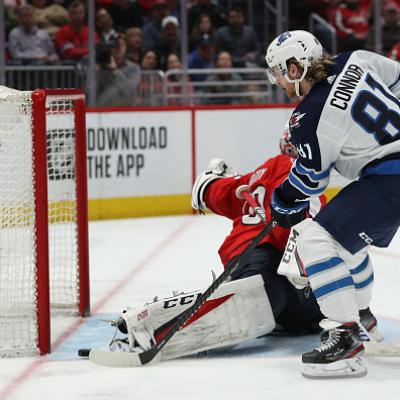 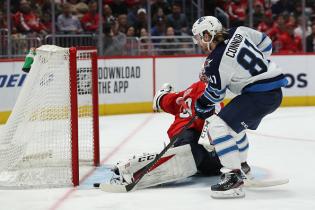 NHL Oliver Bjorkstrand records 1G, 1A in win over DET

NHL Rangers will go back to Georgiev on Tuesday night

NHL Devan Dubnyk will get the nod Monday vs. St. Louis

B. Coleman - F
TB
Blake Coleman didn't practice on Monday and he's been put on the NHL's COVID Protocol Related Absence list.
It's unclear how long Coleman will be sidelined. Coach Jon Cooper said the team is taking it day by day with Coleman and Curtis McElhinney, who is still in COVID protocol.
Added 5:05 pm (EST)
Added 5:05 pm (EST)

C. Glass - F
VGK
Cody Glass won't be in the lineup on Monday night.
Vegas will use six defensemen for the first time this season after dressing five in the previous two games. Glass currently isn't listed on the Golden Knights' roster, per the NHL media website, but it's just to put him on the taxi squad or the minors for Monday's contest.
Added 4:40 pm (EST)
Added 4:40 pm (EST)

S. Varlamov - G
NYI
Semyon Varlamov will be in goal for the Islanders on Monday against Boston.
Assuming Varlamov goes unscathed during the pregame warmups, he will make his second start of the season. He was supposed to play on Saturday, but an injury caused by a teammate in the warmup forced him to sit out the contest. Varlamov stopped all 24 shots he faced for a 3-0 shutout win over the Rangers in the Islanders' season opener.
Added 4:31 pm (EST)
Added 4:31 pm (EST)

P. Rinne - G
NSH
Pekka Rinne is expected to start Monday night against Carolina.
Rinne was the first goalie off the ice at the morning skate, so this is shaping up to be his first start of the season. Juuse Saros played well in Nashville's opening two games of the 2020-21 campaign, but Monday's match will be the first half of a back-to-back situation, so both netminders could see action.
Added 4:28 pm (EST)
Added 4:28 pm (EST)

J. Markstrom - G
CGY
Jacob Markstrom will be in the crease for Monday's game against Vancouver.
Markstrom posted a 32-save shutout versus his former Canucks teammates on Saturday. He has a 1-0-1 record this season with a 1.98 goals-against average and .939 save percentage.
Added 4:19 pm (EST)
Added 4:19 pm (EST)

L. Ullmark - G
BUF
Linus Ullmark is expected to start on Monday night against Philadelphia.
Ullmark was the first goaltender off the ice at the morning skate, while Carter Hutton stayed late with the taxi-squad players. Ullmark is coming off a 2-1 loss to Washington on Friday when he stopped 19 shots.
Added 4:13 pm (EST)
Added 4:13 pm (EST)

S. Reinhart - F
BUF
Sam Reinhart (lower body) will be a game-time decision on Monday night, but all signs pointed to him playing during the morning skate.
Reinhart participated in line rushes with Jack Eichel and Taylor Hall during the morning skate. He didn't appear to be limited and Casey Mittelstadt, who would replace Reinhart in the lineup, stayed on the ice late after the session was over. However, coach Ralph Krueger referred to Reinhart as questionable afterward, which came as a bit of a surprise. He has one assist in two games this season, but a shot at playing on the top line gives him some fantasy appeal if he is able to suit up against Philadelphia.
Added 4:07 pm (EST)
Added 4:07 pm (EST)

J. Reimer - G
CAR
James Reimer is expected to start Monday night against Nashville.
This will be Reimer's season debut after Petr Mrazek played in the first two matches against Detroit, including Saturday's 4-2 loss. This is also the first half of a back-to-back situation, so it wouldn't be a surprise if Carolina's netminders split the starts.
Added 3:59 pm (EST)
Added 3:59 pm (EST)